Matthew Perry apologizes for references to Keanu Reeves in his forthcoming book Friends, Lovers, and the Big Horrible Thing.

Among the excerpts posted online from the memoir, which will be released on November 1 by Flatiron Books, the Friends alum discusses his own struggles with substance abuse and laments the loss of his former co-stars River Phoenix and Chris Farley to addiction, whereas Keanu Reeves “still walks among us.”

In a statement shared with the media, including People, Perry stated, “I’m actually a huge fan of Keanu. I just chose a random name, my error. I sorry. I should have instead used my own name.”

According to most accounts, Perry writes in his book that Phoenix, with whom he co-starred in the 1988 film A Night in the Life of Jimmy Reardon, was “a lovely man, inside and out.” Perry adds, in reference to the actor who died of a heroin overdose in 1993, “It always seems to be the most gifted men who pass away.” Why do original intellectuals such as River Phoenix and Heath Ledger pass away, while Keanu Reeves is still among us?” 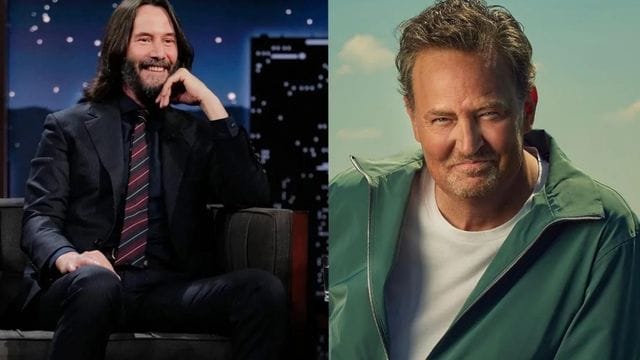 Perry mentions Reeves once more when remembering Farley, who died of a drug overdose in December 1997, five months prior to the premiere of the duo’s comedy Almost Heroes.

He writes about the death of the Saturday Night Live star. “When I found out, I punched a hole in Jennifer Aniston’s dressing room wall. Keanu Reeves is present. Two weeks after his death, I had to promote Almost Heroes and found myself addressing his death from drug and alcohol abuse in public. I was high for the duration.”

Perry’s book provides no additional explanation for why Reeves was cited. Reeves, who does not appear to share any film or television credits with Perry, co-starred in the 1991 picture My Own Private Idaho alongside Phoenix. Since Phoenix’s death, Reeves has spoken openly about their close connection and the devastation it has caused him.

Perry’s and the publisher’s representatives did not immediately respond to a request for comment.