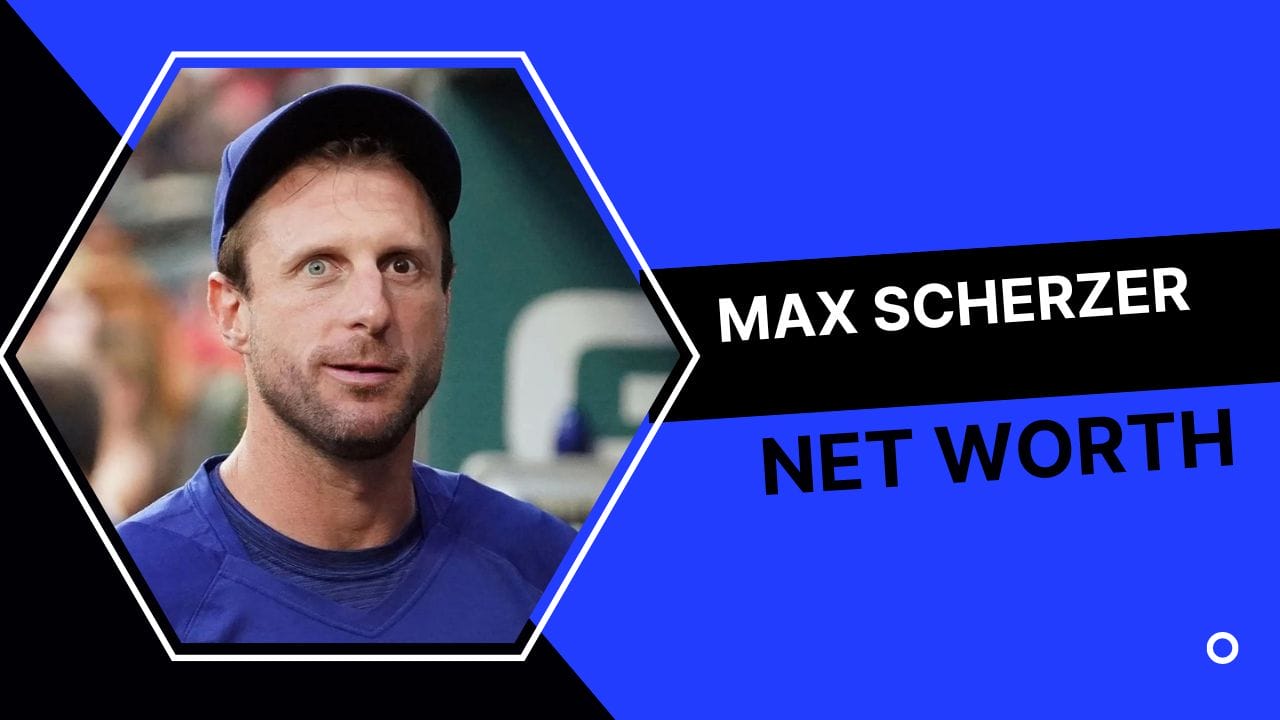 American professional baseball player Max Scherzer has a net worth of $120 million. Max has played for the New York Mets, the Arizona Diamondbacks, the Detroit Tigers, the Washington Nationals, and the Los Angeles Dodgers during his career. Scherzer won the World Series with the Nationals in 2019, in addition to being an eight-time MLB All-Star, three-time Cy Young Award winner, and two-time no-hitter pitcher.

Maxwell M. Scherzer was born in Chesterfield on July 27, 1984. In his hometown, he attended and played baseball, football, and basketball at Parkway Central High School. He compensated for his lack of natural aptitude with a fiercely competitive spirit that would define his athletic career. Rick Kirby, who emphasized basics and defense as a high school basketball coach, was one of his coaching influences.

Scherzer met pitcher Erica May while attending the University of Missouri. May was a member of the Missouri softball team. The couple dated for more than eight years before getting married in 2013. They have a son named Derek and two daughters named Brooklyn and Kacey. Scherzer has a residence in Jupiter, Florida, in addition to his residence in McLean, Northern Virginia.

Scherzer’s eyes are two different colors due to heterochromia iridium; his right eye is blue and his left is brown.

The Arizona Diamondbacks selected Scherzer with the eleventh overall choice in the 2006 Major League Baseball Draft. His agent, Scott Boras, and he were unable to reach an arrangement with the club. Scherzer began his professional career with the independent American Association’s Fort Worth Cats.

Scherzer made his MLB debut in 2008 against the Houston Astros when he relieved and threw four and one-third innings of perfect baseball while striking out seven batters. The following season, he was dealt to the Detroit Tigers with Daniel Schlereth, Phil Coke, and Austin Jackson in a three-team deal that sent Ian Kennedy and Edwin Jackson to the Arizona Diamondbacks and Curtis Granderson to the New York Yankees.

Scherzer and the Tigers settled on a contract of $15.525 million for the 2014 season, avoiding arbitration for the third consecutive year. Initially, he was scheduled to compete for Team USA in the 2017 World Baseball Classic. However, it was reported in early January 2017 that he will be unable to participate in the event due to a stress fracture in the knuckle of his right ring finger.

As of August 2022, Max Scherzer’s estimated net worth is approximately $120 Million.

Max Scherzer tells the Mets dugout “I’m done.” & comes out of the game in the 6th.

Arizona Diamondbacks selected Scherzer with the 11th overall choice in the first round of the 2006 MLB Draft. The next year, he joined the organization with the Single-A Visalia Oaks and was quickly promoted to the Double-A Mobile BayBears.

After a promising start with Triple-A Tucson in 2008, he was promoted to the Diamondbacks. Scherzer made his MLB debut with the organization in April 2008 against the Houston Astros; he instantly demonstrated his talent by throwing four and one-third innings of perfect baseball and recording seven strikeouts.

In 2009, Scherzer became a full-time starter and recorded his first Major League Baseball victory against the Atlanta Braves, 12-0.

Scherzer signed a seven-year, $210 million contract with the Washington Nationals in January 2015, one of the richest contracts in sports history at the time. In his first season with the franchise, he became only the sixth pitcher in Major League Baseball history to record multiple no-hitters in a single season. In May of 2016, he tied the major league record for strikeouts in a single game with 20. Scherzer earned the NL Cy Young Award as a result, a performance he replicated in 2017. The following season, he struck out 300 batters and threw more pitches than any other MLB pitcher.

Scherzer’s 2019 season was another historic one, as he achieved his 2,500th career strikeout and was selected to the All-Star Game for the seventh straight year.

The Nationals eventually rallied to win their first World Series in franchise history.

In December 2009, Scherzer was traded to the Detroit Tigers. Together with fellow right-handed pitcher Justin Verlander, he became a formidable starting combo. Following two successful seasons in 2010 and 2011, he had his finest year to date in 2012, surpassing 200 strikeouts and recording his best-winning %.

The Tigers went on to win the AL Central division but ultimately lost the World Series to the San Francisco Giants. In 2013, Scherzer had an even better season, becoming the first Tigers pitcher to start the season 12-0. In addition, he achieved his 1,000th strikeout in his career and concluded the regular season with an astounding 21-3 win-loss record. Scherzer won his first Cy Young Award in appreciation of his achievements.

He continued his performance in the ALDS and ALCS, although the eventual World Series champion Boston Red Sox won the latter contest. Scherzer enjoyed another memorable season with the Tigers in 2014, when he threw his first no-hitter against the Chicago White Sox in a 4-0 victory. He concluded the season with a 3.19 ERA and a career-high total of 252 strikeouts.

What is the net worth of Max Scherzer?

What is the age of Max Scherzer?

What is the Salary of Max Scherzer?

What is Max Scherzer’s height?

What is Max Scherzer’s wife’s name?

Scherzer is the all-time leader in wins with four and in strikeouts with three. He won a victory in Game One of the 2019 World Series and also began the decisive Game Seven.