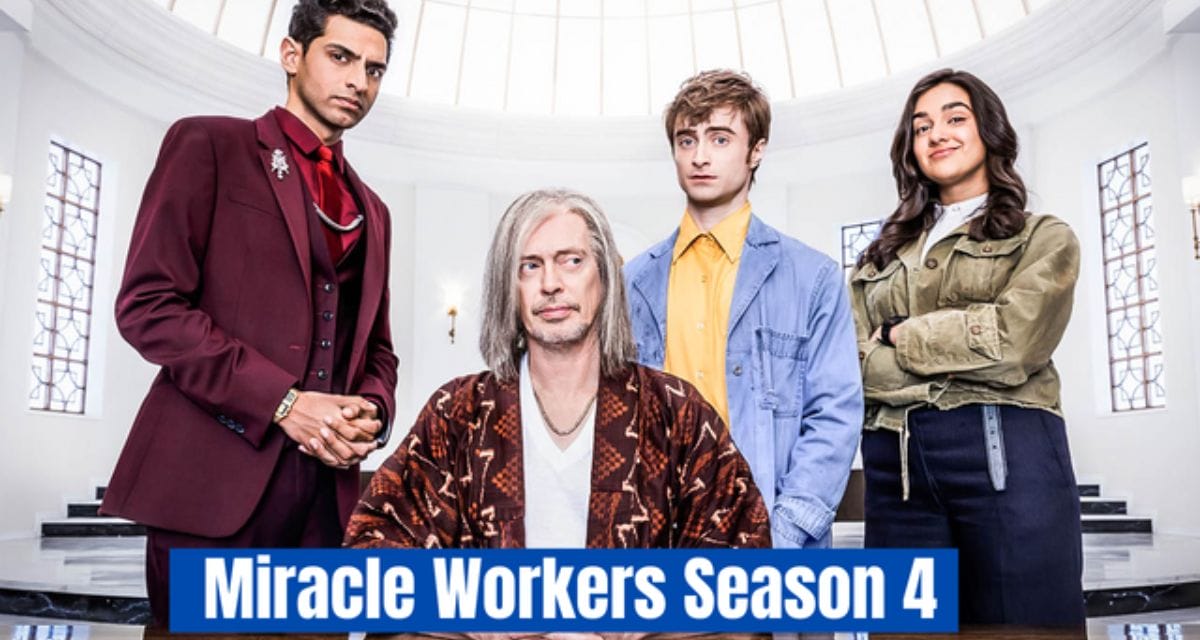 The “Miracle Workers” comedy series on TBS is a funny version of the works of Simon Rich. Currently holding a 76% audience score on Rotten Tomatoes over all three seasons, “Miracle Workers” has an ensemble cast and an anthology style, allowing each season to be viewed independently of the others.

The show’s main actors have been Daniel Radcliffe and Steve Buscemi, but the overarching plot of each season has varied significantly: the first season focused on angels and celestial beings, the second on the Middle Ages, and the most recent on the Oregon Trail.

The third season, which continued to showcase the comedic talents of the entire cast, was completed in September 2021, and fans are eagerly awaiting word about the fourth season. What precisely do we know about the upcoming season of the wildly successful television series?

When Will Miracle Workers Season 4 Be Released?

According to Collider, Season 4 of “Miracle Workers” has been announced for November 2021. The fourth season of “Miracle Workers” will eventually premiere on January 16, 2023, after a considerable delay. The series will return on Mondays at 10:00 p.m. EST on TBS. Currently, it is unknown how many episodes will be in Season 4, but if it follows the structure of previous seasons, there should be ten. Season 1 only featured seven episodes, however, Seasons 2 and 3 each had ten, thus we are hoping for Season 3.

It is unknown if this is the final season of ‘Miracle Workers,’ although it is now the only live-action scripted series on TBS. The majority of the station’s original programming is animated, therefore we hope that “Miracle Workers” remains on the air for as long as possible. 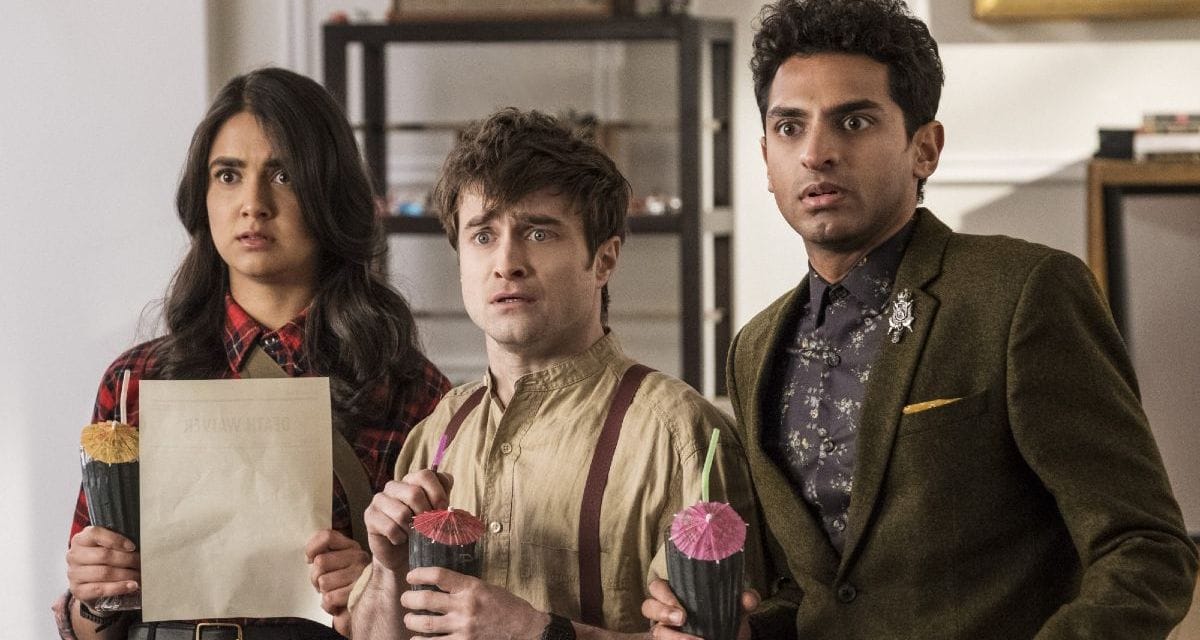 What is the Plot of Miracle Workers Season 4?

The format of “Miracle Workers” is an anthology, so you never know what you’ll find on the show. The fourth season, properly titled “Miracle Workers: End Times,” will be vastly different from its predecessors. The official synopsis of the next chapter implies that there will be a substantial departure from what we’ve seen thus far.

Synopsis: “In a post-apocalyptic future, a wasteland warrior (Radcliffe) and a ruthless warlord (Viswanathan) face the ultimate dystopian nightmare: settling down in the suburbs” (per TV Line).

“Together, they navigate the existential horrors of marriage and small-town life, all under the questionable tutelage of a wealthy trash dealer (Buscemi). Also includes Jon Bass as the couple’s loyal war dog and Karan Soni as a party-loving kill-bot.”

The official program description suggests that humor will not be lost in Season 4. The description states, “‘End Times’ follows brand-new characters in a dystopian future filled with radioactive mutants, deadly robots, and a dictatorial homeowner’s association with excessive monthly fees.” Exists anything worse than HOAs?

Who is Starring in Miracle Workers Season 4?

Daniel Radcliffe, Steve Buscemi, Geraldine Viswanathan, Karan Soni, and Jon Bass will all return for “Miracle Workers: End Times,” according to TV Line. According to the official synopsis, Radcliffe will represent a road warrior in the vein of Mad Max, and Buscemi will play a junk dealer. Viswanathan will act as a warlord, but little is known about Soni and Bass. 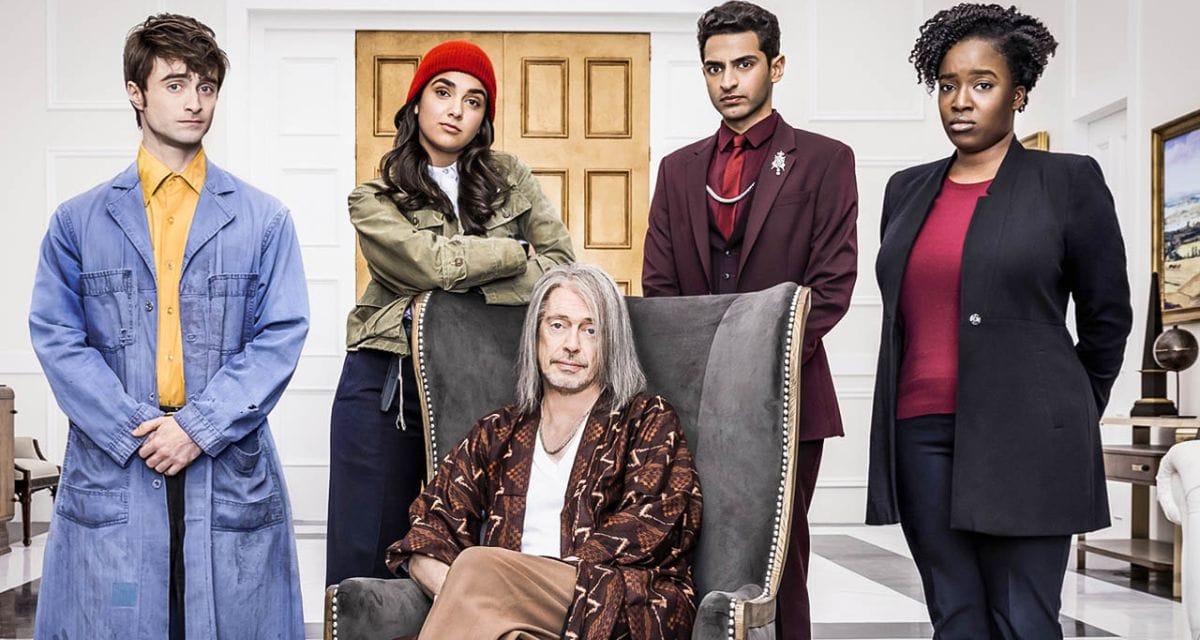 Who is Showrunning Miracle Workers Season 4?

The third season of “Miracle Workers” had a change in showrunners, as reported by The Hollywood Reporter, following the departure of creator Simon Rich. Dan Mirk and Robert Padnick served as showrunners for the first two seasons of “End Times,” and they will return for the third season. Padnick and Mirk, along with Andrew Singer, Simon Rich, Daniel Radcliffe, and Steve Buscemi, will serve as executive producers.

Padnick and Mirk were pleased to assume show running duties for Season 3, and we anticipate the same enthusiasm for Season 4. “It’s a dream come true to be able to tell a totally new story each season with this unbelievably amazing group,” the duo stated.

“We are ecstatic that TBS has entrusted us with the reigns of this unique and remarkable show.” Patrick was an executive story editor for “The Office” prior to “Miracle Workers,” while Mirk was a writer for “Man Seeking Woman” and “Future Man.”

Is There a Trailer for Miracle Workers Season 4?

We have a preview for “Miracle Workers: End Times,” which may or may not be considered an official trailer. The sneak glimpse shows that the next fourth season would have strong “Mad Max” overtones, with Daniel Radcliffe resembling a road warrior.

“In the beginning, there was The Boom,” narrates Radcliffe. “The glass and steel cities of humanity collapse to dust. As existence became a violent struggle for survival, the few surviving individuals envied the dead.” When Geraldine Viswanathan’s character interrupts and tells Radcliffe’s survivor that he’s exaggerating and that they’re just hungover, the intensity of the introduction is diminished.

Following this comes a quick montage of the principal actors wearing lavish leather outfits. We do not yet have a firm grasp on Season 4’s overarching concept, but that will certainly change when an official teaser is released. The teaser confirms the January 16 release date and the subtitle “End Times.”

Where to Watch Former Seasons of Miracle Workers

Thankfully, all episodes of “Miracle Workers” are available to view on HBO Max. The streaming service is owned by WarnerMedia, which also controls TBS, where “Miracle Workers” airs. You can also anticipate that “End Times” will make its way to the platform after its cable run expires.

Additionally, all three seasons of “Miracle Workers” are accessible on TBS.com and the TBS app. You can view a five-minute preview of each episode for free, but registration is required for full access.

If you have a cable subscription, you can view the episodes at no cost (via Cox, DirecTV, Dish, etc.). “Miracle Workers” is also available on Amazon Prime, iTunes, and other digital content-selling sites. On Amazon Prime, episodes cost as little as $0.99, while seasons cost $17.99. Prior to pressing the purchase button, it is advisable to compare pricing across several digital marketplaces.