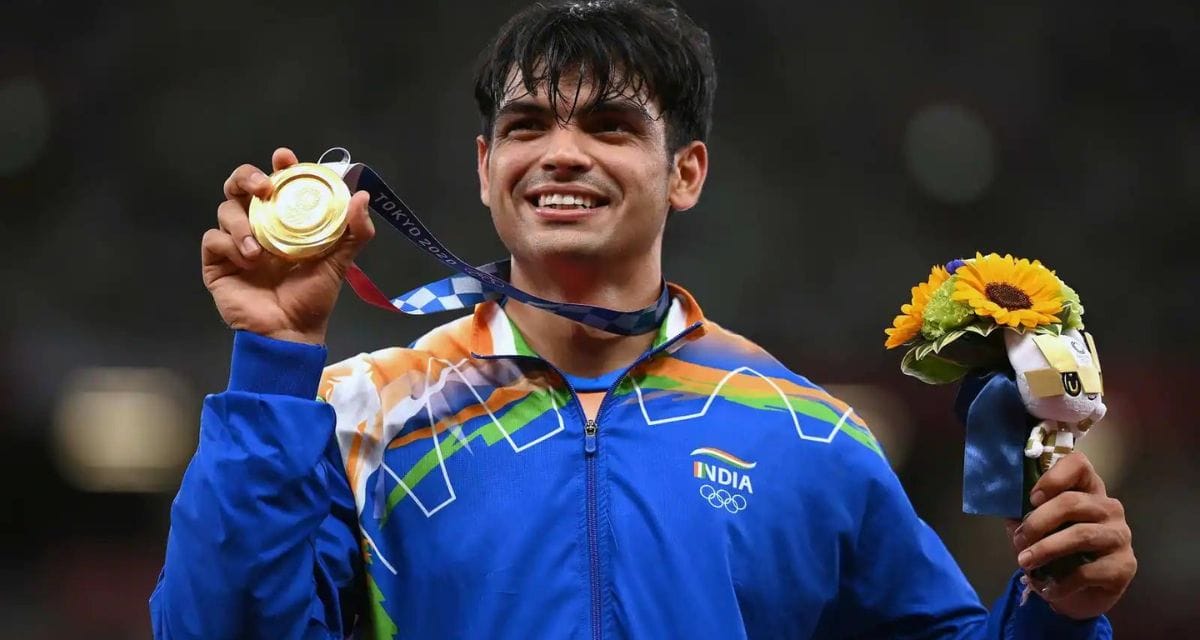 Neeraj Chopra is a javelin thrower from India and a Junior Commissioned Officer (JCO) in the Indian Army. He won India’s first gold medal at the 2020 Tokyo Olympics with a distance of 87.58 meters. J. Vadlejch and V. Vesely, both from the Czech Republic, were awarded the silver and bronze medals.

Neeraj Chopra was born on 24 December 1997 in Khandra village, Panipat district, Haryana (24 years old as of 2021). His sign of the zodiac is Capricorn. He initially attended DAV College, Chandigarh, but later left out and completed his degree by correspondence from Kurukshetra University, Haryana.

He explained in an interview how he became interested in the javelin throw. He went on to say,

At the age of 11, as an obese youngster, I weighed 80 kilograms. During my vacations, I went to the Panipat Stadium to get in shape. My pocket money was just Rs 30, and on many days I could not even afford a glass of juice. I traveled around 17 kilometers by bus to visit the stadium and returned with my uncle who worked in the city of Panipat.

While I ran to lose weight, I did not particularly enjoy it. I used to observe my senior Jaiveer, who has represented Haryana in the javelin, practice from a distance. At his request, I tried the javelin one day. I realized I could throw it far, which helped me regain my self-confidence.” 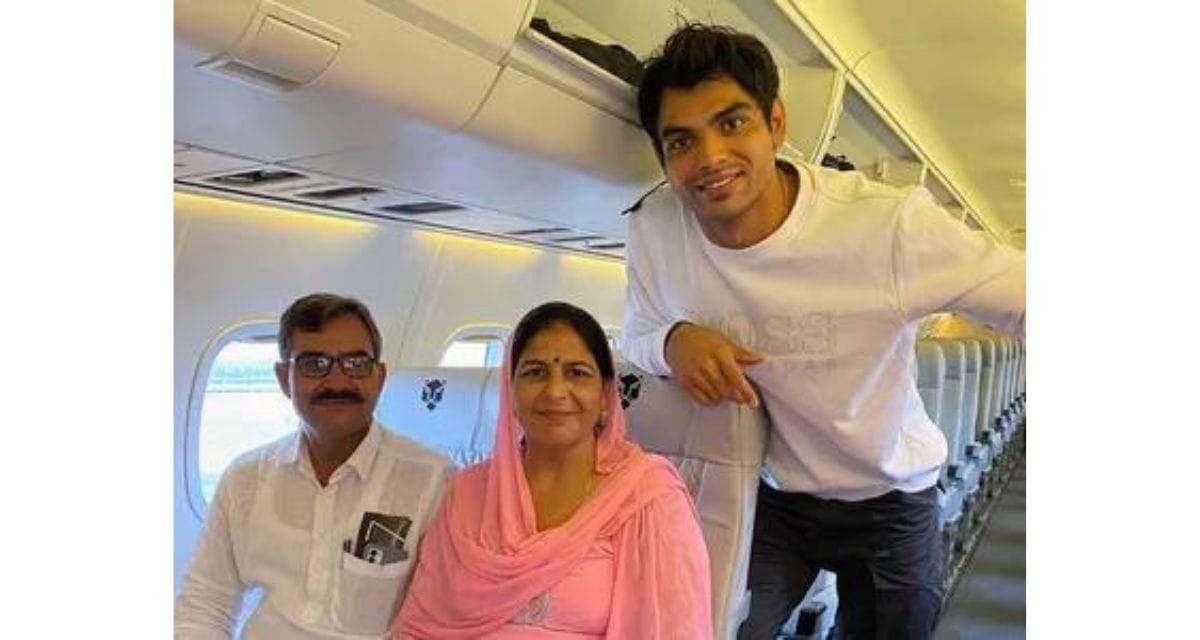 Satish Kumar Chopra, his father, is a farmer. Name of his mother is Saroj Devi. His younger sisters are named Sangeeta and Sarita. Neeraj resides in a family with over 17 members.

He was born into a family of Ror Maratha.

Neeraj Chopra has not disclosed much about his education, however, we do know that he attended DAV College Chandigarh. There, he completed his higher studies. There is no information regarding his education and early studies available.

He said, There were very few javelin practice facilities in Panipat, the least of which was the muddy track on which we ran. I moved to a sports nursery in Panchkula when I decided to resume my training regiment. I was 14. I trained on a synthetic track for the first time and was able to train among national-level athletes. In 2012, I participated in my first junior national competition in Lucknow and smashed the national record with a throw of 68.46 meters.

He then discussed the absence of sports facilities in his town.

He said I left home at age 14 due to a lack of amenities. My official schooling was interrupted after ninth grade. My hope is that peasants will not have to relocate to a city as I did to Panchkula. Haryana’s athletes are excelling at the national, international, and Olympic levels, yet my community still lacks a playground. Whenever I go there, I must practice while traveling. If we are to become an Olympic nation, every town needs a stadium and coaches from the National Institute of Sports in Patiala, where I am currently training.”

He later competed in numerous national and international javelin contests. He has won numerous medals at Asian Games, Commonwealth Games, and Asian Championships. In an interview, when discussing the medals won, the subject was medals.

he said, After winning silver at the young nationals in Guntur, I was picked for the World Youth Championships in Ukraine. I was selected for the National Games in Kerala in 2015. For the first time in camp, I was able to train with javelins of international standard quality. The javelins of inferior quality are heavy and can cause injury; those made of superior material travel further in the air. I managed to throw it at 73.45 meters. In the same competitions, my senior from Haryana, Rajinder Singh, set a national record with a distance of 82.23.”

In 2016, he was selected as an Indian Army Junior Commissioned Officer with the rank of Naib Subedar in the 4 Rajputana Rifles parent unit. Then, he underwent training at the Mission Olympics Wing and Army Sports Institute in Pune. Subsequently, he was elevated from Naib Subedar to Subedar.

In the 2018 Asian Games opening ceremony, he was chosen to carry the Indian flag. Due to the coronavirus pandemic, he qualified in 2020 to participate in the Tokyo Olympics 2020, which were held in 2021.

He has been trained under Naseem Ahmad, Klaus Bartonietz, Gary Calvert, and Werner Daniels. In an interview, his former coach Naseem Ahmad reminisced about Neeraj’s early days of practice.

He would sit with his notebook and take notes. He never shied away from training and consistently aimed to win each day’s round with the group. Today’s gold medal victory on the grandest stage brings us the greatest delight. And I am certain he will spend time with javelin throwers from other nations after training or competition, just like he did with his seniors and friends here.”

His personal coach is German Uwe Hohn, but his army coach is Indian Raj Kumar. 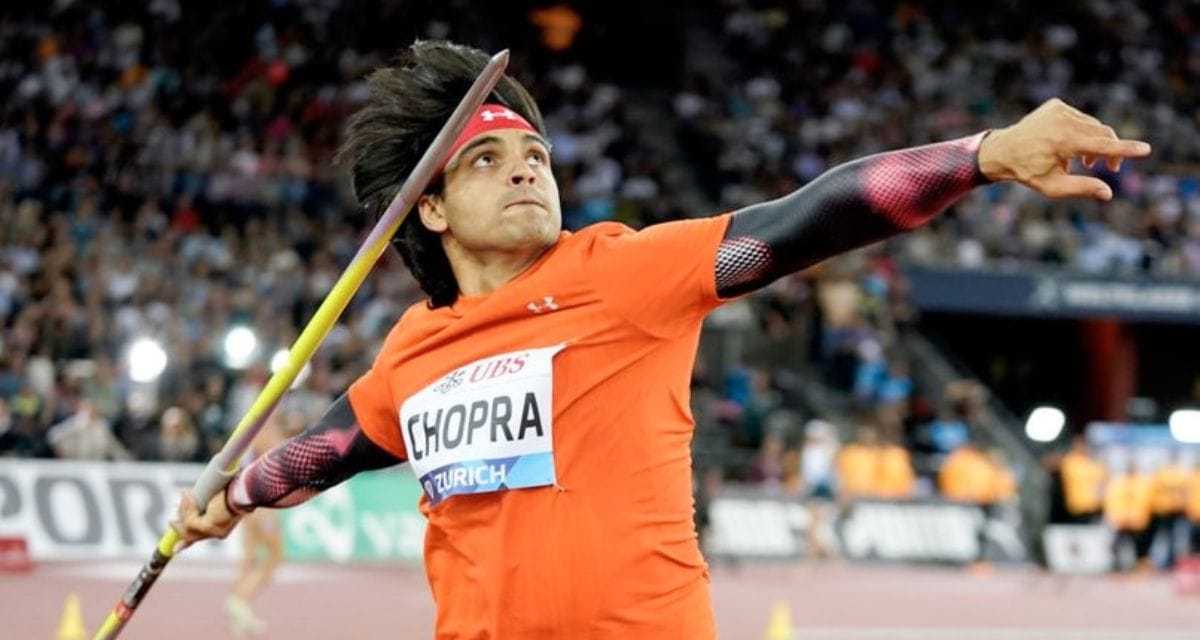 If I desire a cheat meal following a victory, I typically have something sweet. Typically, I limit the number of sweets I consume, so when I get the opportunity to have a cheat meal, I consume a large number of sweets. I couldn’t care less what type of sweets they are. What I enjoy most is freshly cooked churma (crushed roti with sugar and ghee). It contains a lot of ghee and sugar, so we can’t eat it during training, but I enjoy it anyhow.”

Neeraj has worked diligently to earn an Olympic medal. His phone has been turned off for the past year. A week before, we had chatted with him through a video call from the manager’s phone. After then, silence reigned.”

Neeraj Chopra has demonstrated that there is a way when there is a WILL. He has brought honor to the Armed Forces and the country, as have many other Olympians who made history at TOKYO 2020.”

Neeraj Chopra is a brilliant athlete who has brought honor to his country. He has made a billion people’s dreams come true. There is no one comparable to him. His accomplishments are pretty exceptional, given that he comes from a very modest home. We lack the vocabulary to describe his intellect and accomplishments.