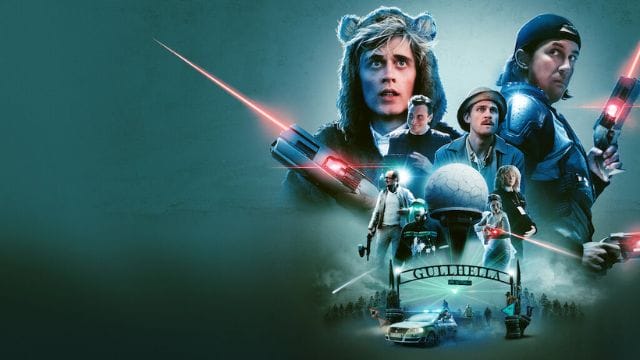 Netflix Film Blasted Ending Explained: Did the Police Help Sebastian and His Friends?

This article talks about how the Netflix movie Blasted ends, which means it has spoilers.

At the start of the movie, a green blob hits a man in the face in the middle of the woods. Then, we cut to a scene where we follow two women into a cave where they are making a video for education.

One of them is shot by an old machine that has never been used, and the machine takes over her body, making her violent and giving her green eyes that glow. From this, we can guess that this area is important and that the movie will eventually come full circle, with us ending up back in the forest and in this cave.

The boys play laser tag at his bachelor party. This child’s game gives the men a break from the stresses of adulthood and lets them play like boys while they’re away. Especially at a bachelor party, this kind of escape is needed to have one last good time before settling down. By fighting aliens, the boys have really been able to fight their own demons.

With his client Kasper on the trip, Seb is constantly reminded of and stressed out by his work life. At the same time, he is always trying to impress Kasper and have fun with his friends. Seb is clearly unhappy with the way things are, but as the movie goes on, we pull Seb into a different world where he has to face his fears and make decisions.

In the last scene, Kasper tells Seb that he can run away with him and work for his company, but only if he leaves his friends behind. Sebastian thinks about it, but then decides he can’t do it. He stays with his friends to fight. This moment shows that Sebastian has found something he had lost: his friends and himself. He can now fight these aliens and win.

An old friend from childhood shows up at Sebastian’s bachelor party, and it takes an alien invasion to get them to get along again and play laser tag like they used to.

Sebastian is described as a nervous guy who has been trying for six years to get a client to invest in his business. During the presentation, things don’t go too well for him. 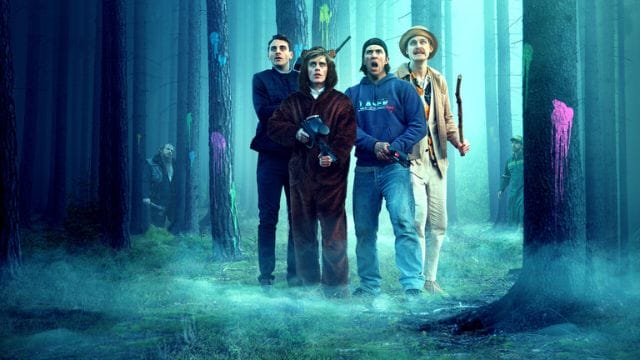 Sebastian invites the client to his bachelor party to try to get him to like the idea again. He promises him a crazy, wild time that he won’t be able to forget, which will help him gain his trust.

The bachelor party, on the other hand, was planned by Sebastian’s friends, who have a very different idea of what “fun” is. It involves going into the woods and going to an observatory, where a local legend says that strange lights seen in the sky could be aliens.

At the last minute, a childhood friend of Sebastian’s shows up at the bachelor party. Sebastian and Mikkel used to be a great team. Not only were they best friends, but they were also very good at laser tag.

Soon, it’s clear that aliens have taken over Hessdalen, where the bachelor party is taking place.

Did The Police Help Sebastian And His Friends?

They were also surprised that the Hessdalen lab had been left empty. The rest of the group stayed outside while Sebastian and Mikkel went inside. At the lab, they found photos of the green light and the place where it was seen most often. They were able to find a phone that worked, so they called the police.

When Mikkel told the police that aliens were after them, they didn’t believe him. When they heard people coming into the lab, they cut the call. They hid in the basement, which was where Stine and one of the Gulhella brothers brought dead bodies to be stored. Mikkel and Sebastian were scared to death, but the people who had been taken over by aliens couldn’t see them.

Mikkel and Sebastian quickly left the building when they knew they were safe.

A group of aliens soon attacked them, but Mikkel’s laser gun saved Sebastian. They used a laser to attack the alien inside the body of the person, which made it come out. When Sebastian and Mikkel got to the police station, they asked for help from a police officer named Hjordek. She couldn’t believe what she was hearing, and her partner, who was out on a round, asked her to keep the boys locked up.

When they tried to talk about the bodies in the lab’s basement, the man told his kind what was going on, and they set up a blast that destroyed all evidence of murder. Mikkel killed the man with a gun after the explosion. Mikkel and Sebastian went ahead to save their friends who were stuck in the woods, and Hjordek went to her father’s shop, which had special protection, to get help from higher authorities.

Sebastian and Mikkel drove the police car to their van, where they kept their laser suits and guns. They were back to being the brothers they used to be when they played laser tag, except this time they had to fight the aliens. 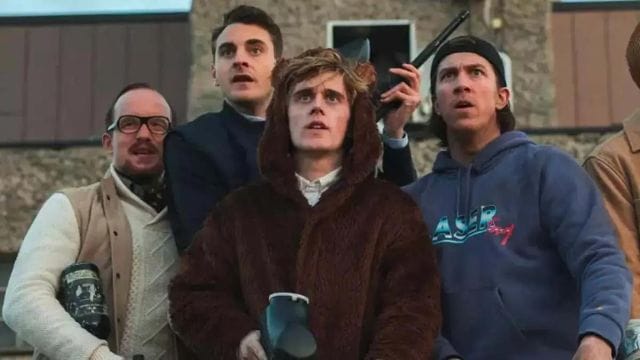 When Sebastian opens a door, a huge monster master alien with a lot of blubbers comes out. Sebastian is worried about what he can do and is under a lot of stress. He goes back to his laser tag gear and makes a big light explode from it, which makes all the aliens blind and kills them.

As soon as everyone thinks they are safe, the master alien rises and a monster battle begins, much like a boss battle at the end of a video game. As the monster is about to kill Seb, Audun appears out of nowhere and shoots the beast like a real hero.

The Alien goes back to its spaceship and takes off. As it flies across the landscape, it picks up little green aliens. They won, and that’s the end of it. Kasper won’t be eaten, of course.

After fighting a lot of aliens, we jump back to when the pregnant police officer was finally able to go to the hospital.

Seb’s wedding is the last scene. He and his new wife, Josephine, get out the laser tag guns and run to shoot some guests. Seb has found his sense of humor and freedom from when he was a child again.

He can now be happy. They all raise a glass to Audun, who didn’t make it out alive, and then run off to play more laser tag. What can I say? Seb must love laser tag a lot.