Back in 2006, 26 episodes of the first season of the popular romantic comedy anime “Ouran High School Host Club” were released. The series is based on Bisco Hatori’s 2002-2010 manga of the same name, which he wrote and illustrated.

Haruhi Fujioka, a teenage girl in “Ouran High School Host Club,” begins attending the renowned Ouran High School on scholarship. Haruhi enters a room shortly after she arrives in search of a place to study, only to stumble across a gathering of the Host Club, comprised of six male students who entertain female “clients” during their visits.

Unfortunately, due to her clumsiness, Haruhi breaks a priceless vase. The club, mistaking her for a male, lets her join as a “Host” to make up for the loss. Haruhi, it turns out, has a natural gift for captivating girls, and even once the boys discover that she’s a girl, they keep her identity a secret so that she can remain a Host with them.

There has not been a second season of the fan-favorite romantic comedy anime, although drama CDs, a visual novel, and a live-action series were published around the same time or later. Fans of “Ouran High School Host Club” are still awaiting a second season 15 years after Season 1’s debut, but will it ever arrive? Here is what we know so far about Season 2 of “Ouran High School Host Club.”

What Is the Release Date for Ouran High School Host Club Season 2?

Fans of the older series are still in the dark about the possibility of a second season after more than 15 years. The English voice cast member Todd Haberkorn allegedly stated in a video a few years ago that he had been approached by the original creators about Season 2, as reported by several media outlets such as OtakuKart, but since then, nothing has been heard. Despite this, one should never truly give up hope for another season of anime.

There are other examples of anime with seasons separated by more than 10 years, such as “Digimon Adventure 02,” which concluded airing in 2001 and released the film “Digimon Adventure tri. 1: Saikai” 14 years later. In addition, there were 11 years between “Soukyuu no Fafner: Dead Aggressor” and “Soukyuu no Fafner: Dead Aggressor – Exodus,” but there were 16 years between seasons of “Gunbuster.” 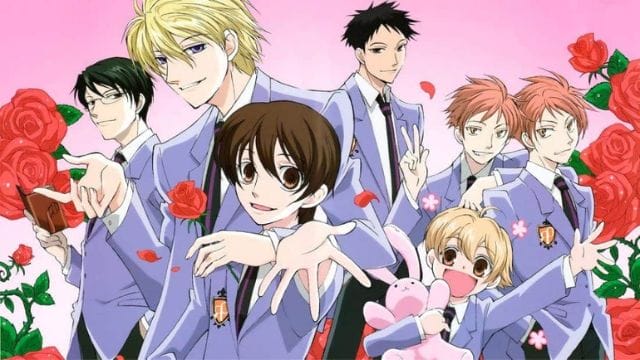 The animation company Bones is still thriving, the original director is not currently working on anything, and “Ouran High School Host Club’s” popularity has only increased over the years. The next installment in the franchise may be a movie or a reboot instead of Season 2, but for fans who have waited so long, it’s just as exciting.

If the rumors of a second season of “Ouran High School Host Club” are accurate, the earliest viewers can expect to see new episodes is likely around the middle of 2022, since the Bones studio has had delays due to COVID-19 and has “My Hero Academia 5” and “The Case Study of Vanitas” scheduled for release (Anime News Network).

What Characters Will Be in the Anime’s Second Season?

Haruhi is the focal point of “Ouran High School Host Club,” but she is usually surrounded by the other six members. Tamaki Suoh, the most popular Host with traditional good looks and blonde hair, is the club’s president. Tamaki develops intense romantic feelings for Haruhi, however, it takes him some time to admit them.

Kyoya Ootori, a woman with black hair and glasses, is always by Tamaki’s side. He is the club member responsible for the funds and other behind-the-scenes details, while everyone else handles the real entertaining.

Then there are the mischievous twins Kaoru and Hikaru Hitachiin, who the majority — except Haruhi — cannot distinguish. Mitsukuni “Honey” Haninozuka and Takashi “Mori” Morinozuka are married cousins who treat one another as brothers. Mori is tall, dark, and attractive, whereas Honey, although 18 years old, appears to be approximately six years old and leverages his inherent cuteness to attract clients. Haruhi has deep relationships with each member of the group, and most of them have love feelings for her, but her bond with Tamaki is the greatest.

What Will Ouran High School Host Club Season 2 Be About?

Haruhi and Tamaki declare their romantic affection for one another at the end of the first season of “Ouran High School Host Club,” but it seems Kyoya is still in the running. Both Tamaki and Kyoya’s fathers are heavily involved in the Host Club, and each parent wishes for their son to eventually marry Haruhi. The first season concludes with the fathers discussing business, setting the stage for future big conflicts and tension between the two buddies.

Season 1 does not progress far enough for any of the characters to kiss, but the drama establishes a prospective love relationship between Haruhi and Tamaki. If the second season were to follow the manga, which has since concluded its plot, then Haruhi and Tamaki’s relationship would blossom into a committed one. The couple finally gets married in the manga, but since the anime doesn’t have to follow the manga exactly, anything could happen.

Even though a couple of the key Hosts graduate from Ouran High School during the show, they frequently return to assist with hosting duties, so there is no cause to be concerned that any of the main characters will not return in Season 2 episodes.

See also  The Irregulars Season 2: Release Date| Will 'the Irregulars' Return for Season 2?

The next season of “Ouran High School Host Club” is imminent, therefore fans should maintain their optimism. In the realm of anime, it is impossible to predict if or when a show will be continued, regardless of how many years have passed.

Where Can U Watch Ouran High School Host Club?