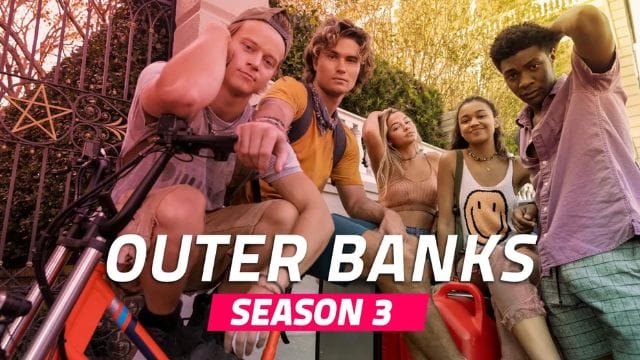 Fans have been waiting for news about Season 3 of Outer Banks for a while now. Netflix has some news for everyone that will put an end to all this wondering. Officially, filming for Season 3 of Outer Banks has begun, which is almost 3 months after the show was officially renewed on December 7, 2021. On April 15, 2020, the first episode of the American action-adventure teen drama series on Netflix went live.

The story was made by Jonas Pate, Josh Pate, and Shannon Burke. It’s about two groups of teens who live on the outer banks of North Carolina and fight with each other.

Fans were very interested in Season 1’s crazy turns, and Season 2 was even better, so they all hope that Outer Banks will have a Season 3.

What are Outer Banks About?

The main plot is about how John B, the leader of the band Pogues, tries to find out what happened to his father. Aside from this, what draws people in is the rivalry between the two teenage groups: the Kooks, who are from the upper class, and the Pogues, who are from the lower class. The show also shows how the Kooks are always able to get away from the trouble they cause because of how well-off they are, while the Pogues are always the ones who get caught. 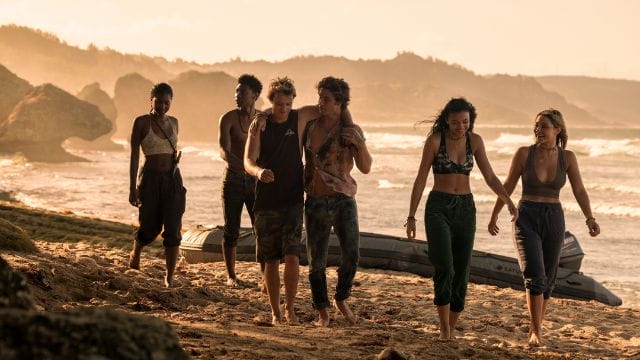 What Is the Cast of Outer Banks?

We would go over the cast of Outer Banks here, from the new actors to the ones you already know.

John B, who is played by Chase Stokes, is the leader of the Pogues. Madelyn Cline plays Sarah Cameron, a Kook who joins the Pogues when she falls in love with John B. Pope, a Pogue, and the brains of the operation are played by Jonathan Daviss. Madison Bailey plays Kie, a Pogue who grew up with the rich Kooks. Rudy Pankow plays JJ, another member of the Pogues.

What All Awards Did Outer Banks Win?

What Happened in Outer Banks Season 2

Like the end of Season 1, Season 2 of Outer Banks ended with the Pogues almost dying. During most of the second episode of the Netflix show, John B., Sarah, JJ, Kiara, and Pope tried to find and bring back the lost Cross of Santo Domingo. In the last episode of the season, the crew sneaked aboard the Coastal Venture and tried to steal the cross. After a chaotic shootout, they failed and had to escape on a lifeboat. Even though the Pogues went home empty-handed again, the episode ended on a good note because they were happy to be together and safe — for now.

Where Can I Watch Outerbanks Season 3?

You can watch Outer Banks on Netflix.