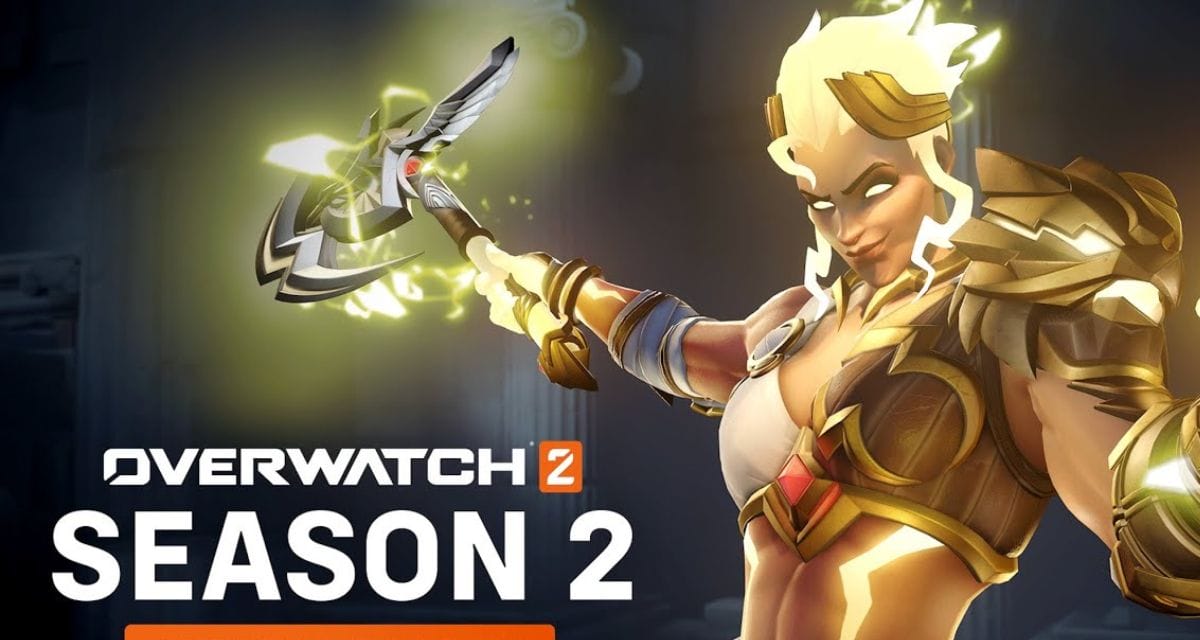 overwatch 2 season 2: What We Knew About the Battle Pass?

overwatch 2 season 2 – It seems like only yesterday that we were all battling with Overwatch 2‘s launch problems, yet the game’s second season is already upon us. In addition to a new Battle Pass with a Greek mythology theme, Season 2 will introduce Ramattra and a new Escort map.

Tuesday, December 6 marks the launch of Season 2 of Overwatch 2. Unless there are technical snags, it should begin at 2:00 PM ET. This website displays the current time in multiple time zones around the world.

You have a few more days to reach level 80 of the Season 1 premium Battle Pass in order to obtain the Mythic Genji skin.

If you’re a PC player with automatic downloads enabled, you should now see the message “Pre-release content downloaded” on the Battle.net launcher.

This indicates that the Season 2 patch has been installed on your PC, so you should be ready to go when the season begins. After Season 2 is released, console players will likely have to download the update.

The Mythic skin for Season 2 is a Zeus-themed Junker Queen skin that looks quite nice. In addition, multiple heroes, such as Sojourn, Kiriko, and Junker Queen, will undergo balance changes during the season.

Winter Wonderland and Lunar New Year will take place during the season, as confirmed by Blizzard. In early January, you’ll also be able to check out an intriguing new event called Battle for Olympus.

My blog will contain information on everything you need to know about the new season, including how to unlock Ramattra, patch notes, and the contents of the Season 2 Battle Pass. I’m thrilled that we’ll be receiving these massive content drops on a regular basis going ahead, and I can’t wait to plunge into Season 2! See you Tuesday in-game!

We’re thrilled to finally reveal the mysterious tank that awaits us in the second season of Overwatch! Blizzard ceremonially unveiled the origin story of the new Overwatch 2 hero Ramattra during the finals of this year’s Overwatch League. Formerly an omnic warlord, he found peace and tranquility in the Shambali monastery.

When Ramattra realized that coexistence with humanity was impossible, he changed his perspective on violence. He established “Null Sector,” an Omnics extremist military organization, and declared war on humanity.

Ramattra is an incredible hero with incredible in-game abilities. Check out the most recent information on Overwatch’s newest character, who will be joining the game very soon!

A New Map Is Coming To Overwatch 2!

As is common knowledge, the new map will be called Shambali. Shambali Monastery, located on the peaks of the Himalayas, is definitely Zenyatta and Rammatra’s home. Contrary to widespread belief, the new map will depict the residence of the new hero. It appears visually appealing, and a new map is always a welcome addition.

What We Knew About the Battle Pass?

The new Battle Pass will have a Greek mythology theme. Complementing this will be skins of the many heroes, inspired by the gods and personalities of ancient Greece.

Uncertainty remains as to which will be included in the Battle Pass and which will be available for purchase in the shop. The new mythological skin, on the other hand, can be seen in the next season’s trailer and looks incredible. As usual, the Zeus Skin for Junker Queen comes in three variations. They are also featured in the new trailer.

In the trailer, numerous new skins are displayed. Obviously, everything relates to the motto of Greek mythology. The new operator Ramattra receives a Poseidon’s Skin, but we also observe a Pharaoh’s Skin that resembles Hades.

There are also skins for Ana, Lucio, Roadhog, and Reinhardt on display. Blizzard has done a lot right when it comes to skins, and we hope that some of them will be unlocked by the Battle Pass.

Additionally, we should remember that the Winter Wonderland event should occur during the second season. Consequently, we can probably anticipate skins with a winter-themed motif. Bastion, Echo, and Mei will receive new appearances for the holiday season. In the trailer, we see a lovely Ginger-Bread-Man Bastion, a Christmas Angel Echo, and a Mei wearing a winter hat.

If you wish to obtain a free legendary reaper skin, you must do so before the second season of Overwatch begins.

New Modus is Coming in January

As seen in the most recent trailer, a new mode is coming to Overwatch 2 soon. To be exact, the launch is set for January 5. The new season’s official title is Battle for Olympus, which also serves as its motto. However, we can only surmise as to its contents.

In the trailer, Roadhog may only be seen shooting rocks. Perhaps the heroes’ powers will be somewhat rearranged, but we’ll see. If there is something new, you will be notified immediately by us.

Overwatch 2‘s new executive producer, Jared Neuss, revealed in a recent blog post that Blizzard is planning significant hero reworks for Season 2 and hinted that they will involve the newest damage hero, Sojourn.

More information regarding updates for season 2 will be announced shortly, but first, they wish to observe the performance of the most recent mid-season update.