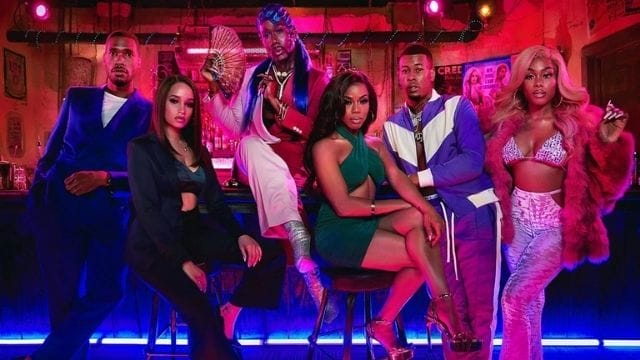 In the summer of 2020, “P-Valley” emerged from nowhere to become one of the best and most critically acclaimed shows of the year. The Katori Hall-created Starz series is based on her play “Pussy Valley” and is set at The Pynk, a dysfunctional strip club in the Mississippi Delta operated by Uncle Clifford, who is gender-fluid (Nicco Annan).

The great first season of the show chronicles the activities of the club and its employees, including the star dancer (Brandee Evans) who is about to hang up her shoes and create her dance class. Uncle Clifford falls behind on payments and is on the verge of losing the club as greedy developers move in and gentrification threatens the neighborhood.

But what makes “P-Valley” truly stand out from the rest of Starz’s lineup or the general glut of television being shoved in viewers’ faces is how it places those who are often overlooked by society at the center of its incredible story and reveals how they support themselves and their communities.

In its review, TV Guide stated, “‘P-Valley’ lifts the stories of those who are frequently thought unacceptable — poor Black people, country folk, non-binary persons, and of course strippers — to reveal their full humanity, fortitude, and tenderness.”

As we excitedly await the second season of the show, we have begun collecting information about what viewers might anticipate when the series returns. Here is all we know thus far about Season 2 of “P-Valley.” 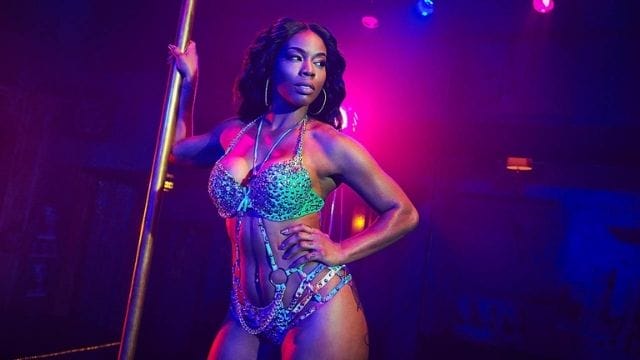 What Is the Release Date for P-valley Season 2?

According to The Hollywood Reporter, the eight-episode first season of “P-Valley” premiered on Starz in July 2020 and was swiftly renewed for a 10-episode second season.

Christina Davis, president of original programming for Starz, stated at the time, “Katori [Hall] has delivered a provocative drama that looks beyond the glitz and into the hearts and minds of these fully realized and compelling characters, exploring them through a female gaze that invites the audience to take a walk in their stilettos.” “We know that Katori has an abundance of wonderful stories to tell and that the second season has a lot in store for these women.”

Unfortunately, despite the speed with which the show was renewed, we still do not know when “P-Valley” Season 2 will premiere. In September 2020, during a Twitter Q&A, Hall said that the pandemic was impacting the creative team’s ability to work on the series.

“With COVID-19 continuing to make filming difficult, it will take some time to prepare for production,” she said, vowing to keep fans updated on any developments.

Starz produced a special behind-the-scenes video from the show’s second season in February of this year. Hall refrained from revealing a particular debut date for Season 2 of “P-Valley” in the video.

The season is slated to air this year (according to The Playlist), and according to Commercial Appeal, the show will return on September 4. Fans must continue to wait for an official statement from Starz at this time.

Who Is in the Cast of P-valley Season 2?

Fans do not yet know when Season 2 of “P-Valley” will launch, but they do know who they can expect to see when the show returns. Nicco Annan, Brandee Evans, Erica Johnson, J. Alphonso Nicholson, Shannon Thornton, Harriett D. Foy, Dan J. Johnson, Parker Sawyers, and Tyler Lepley will all reprise their Season 1 roles, as confirmed by Starz in February. Morocco Omari, Dominic Devore, and Jordan M. Cox are all slated to return for the second season and have been promoted to series regulars.

In the upcoming season, Psalms Salazar will play Whisper, a dancer characterized as a “mysterious free spirit with a sinister side” (via Deadline). In addition to Salazar, Gail Bean will also debut in Season 2 of “P-Valley” as Roulette, an additional new dancer who is not afraid to “take enormous chances and breach allllll of Uncle Clifford’s laws.” 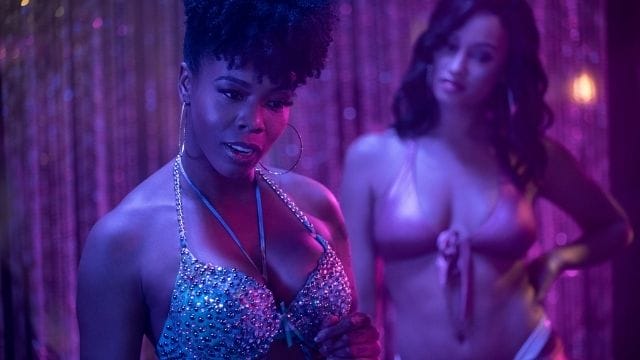 When “P-Valley” finally makes its long-awaited return on Starz, viewers will be able to observe how the show’s new and returning characters deal with the aftermath of the first season.

What Is the Plot of P-valley Season 2?

The first season of “P-Valley” ended with Hailey (Elarica Johnson) using the money she stole from her violent ex-boyfriend Montavius (Cranston Johnson) to prevent casino developers from purchasing The Pynk, a prized waterfront property. Katori Hall spoke with Entertainment Weekly in September 2020 about the Season 1 finale of “P-Valley” and gave a few hints about what’s to come in Season 2, including how Hailey became part-owner of the club will significantly affect things.

“She entered the club after getting her derriere smacked on the dance floor, and she now owns the club. The club’s power structure has entirely shifted “Hall said. Uncle Clifford and Hailey’s struggle for the crown will be the stuff of legends.

In February, Hall also stated that Season 2 of “P-Valley” will premiere five months after the Season 1 finale (via Starz). In addition, Hall indicated that the second season of the drama will incorporate the actual COVID-19 epidemic into its plot. Hall suggested that the season will focus on how the pandemic affects the business transactions and careers of the show’s core protagonists.

“Unfortunately, the pandemic has thrown everything into disarray since, you know, the industry is dependent on gathering. It is a company founded on closeness “Hall said. “Uncle Clifford and new boss b**** Autumn Night’s response to this enormous impediment that has been placed in their path will be incredibly intriguing to observe. Consequently, between the casino and COVID-19, they had a lot of problems to deal with.”

Is There a P-Valley Season 2 Trailer Yet?

While the second season of the show was confirmed barely two weeks after the broadcast of the first season, filming and production delays prevented the publication of a teaser or any sneak look until lately. Audiences have finally been afforded a brief but spicy preview of Season 2’s offerings.

How Many Episodes is P-Valley Season 2?

Season 2 is confirmed to contain ten, roughly one-hour-long episodes, which is two more than the first season.

Where to Watch P Valley Season 2

Similar to the first season, spectators can anticipate weekly episodes to air on Starz, beginning with the premiere on June 3.

Where Is P-valley Filmed?

In Atlanta, Season 2 of the hit Starz series “P-Valley” is now filming. During the last week of September, Atlanta’s CBS46 reported that filming was taking place at the Cheetah Club on West Peachtree Street in midtown Atlanta.

Ben Platt Net Worth: Who Did Ben Platt Marry?