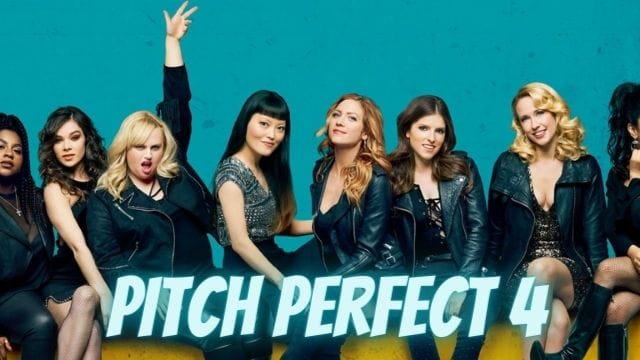 Pitch Perfect 4: What Does the Cast Have to Say About the Return?

Despite the cast’s repeated hints for a fourth installment of the Barden Bellas, there has been no official confirmation of Pitch Perfect 4.

The ensemble of the much-loved franchise virtually reunited in August 2020 for a special version of Beyoncé’s ‘Love On Top,’ with all revenues going to UNICEF. However, there was no confirmation of a Pitch Perfect 4 at the time of the performance, which was held in New York City.

Because Pitch Perfect 3 garnered the worst reviews of the series by a wide margin, made $100 million less than the second film at the box office, and was heralded as the end of the Bellas “as we know them,” it is maybe not surprising.

Pitch Perfect 4 is a possibility until Universal says otherwise, but if anybody has the ability to make it happen, it’s the actors, and here’s all you need to know about a possible fourth film.

While it has been suggested that a fourth film might introduce a new group of Bellas, it is now difficult to believe that it would not include the performers that helped to make the franchise so popular in the first place.

So we have the likes of Anna Kendrick as Beca, Rebel Wilson as Fat Amy, Brittany Snow as Chloe, Anna Camp as Aubrey, Hailee Steinfeld as Emily (who joined the Bellas in the first sequel), Hana Mae Lee as Lilly (also known as Esther, as we discovered in the third film), and Ester Dean as Cynthia to name a few names.

If a fourth film is made, it appears to be because the group wants to get back together for another round of a cappella mayhem. As soon as the third installment of Pitch Perfect was out, Wilson expressed interest in creating “four or five” more films, while Kendrick stated that the cast will continue to work together “forever.” 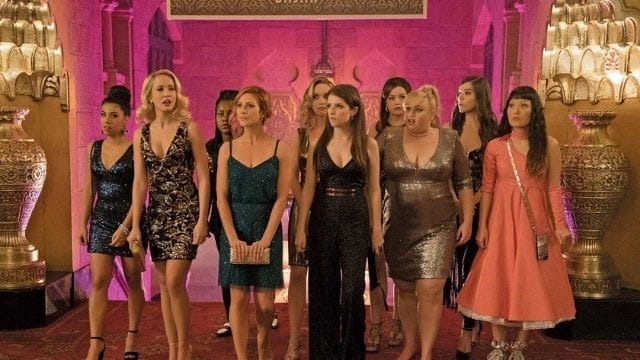 The actress, who is now promoting her new program Perfect Harmony, told ET Online that she would be “down” for a fourth Pitch Perfect film. “I adore those girls,” she said, “and I adore playing my part, so if they needed me, I’d be there without a second’s hesitation.”

Hopefully, any fourth film will also feature the return of Elizabeth Banks and John Michael Higgins, who played the delightfully caustic commentators Gail and John in the first three films.

The question is if the fourth film will bring back the lads, who were gone from Pitch Perfect 3 due to absences such as Skylar Astin and Ben Platt. Trish Sie, the director, indicated that it was due to “schedule issues,” although she did not rule out a return appearance in the future.

The Bellas embarked on what was meant to be a farewell tour in the third film, rejoining three years after the second film for an overseas USO (United Service Organizations) tour. As is customary, a competition was held, with the winning reward being the opportunity to open for DJ Khaled.

After an awkward encounter with some criminals, Beca is given the opportunity to open for DJ Khaled, with the permission of the Bellas, before the entire group comes together for a final performance. The Bellas are a group of young women who have risen to fame as singers and actresses.

This material has been downloaded from YouTube. Visiting their website may allow you to access the same stuff in a different format, or it may provide you with even more information than you could get elsewhere.

Every character received a happy ending, perhaps because they were aware that it was the final film – such as Beca landing a job with DJ Khaled, Aubrey reuniting with her father, Chloe being accepted into vet school, Emily returning to Barden University, and Lilly falling in love with DJ Dragon Nutz.

So any scenario for Pitch Perfect 4 would have to devise a method for the Bellas to reunite, preferably not simply for another competition, if it were to succeed. 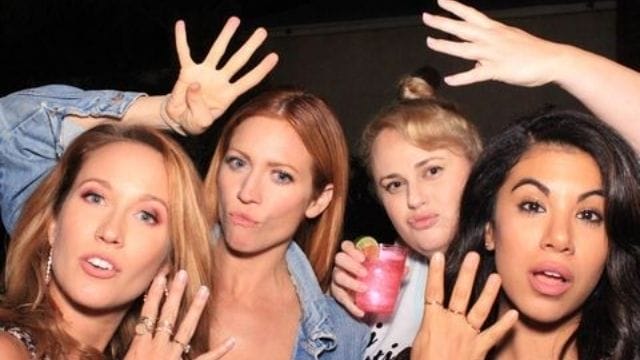 Anna Camp offers another suggestion for what future films may be like. “We want to keep doing it till we’re old and we’re acting in a retirement home,” , adding that they could meet up with the Bellas every five or ten years if they wanted.

“Is Fat Amy the mother of any children? Are Fat Amy and Bumper a couple with children? I mean, how exciting it would be to go back in time about five years and watch what happens to all of these characters you know and love.”

As of right now, there hasn’t been any confirmation of a fourth film, thus there isn’t a set release date for it, and it’s difficult to predict when we might be able to see it.

With the release of Rebel Wilson’s photo with her Pitch Perfect co-stars Brittany Snow, Anna Camp, and Chrissie Fit in October 2018, fans were anticipating the prospect of a fourth installment in the series.

This material has been imported from the Instagram platform. Visiting their website may allow you to access the same stuff in a different format, or it may provide you with even more information than you could get elsewhere.

In spite of Wilson’s hint in November 2018 that she would be filming another “musical film in the next 12 months,” nothing has really happened since that photo was taken. ) (It appears that she was actually making fun of Cats.)

As a result, it is now difficult to predict when a fourth film will be released. That must be checked before proceeding.