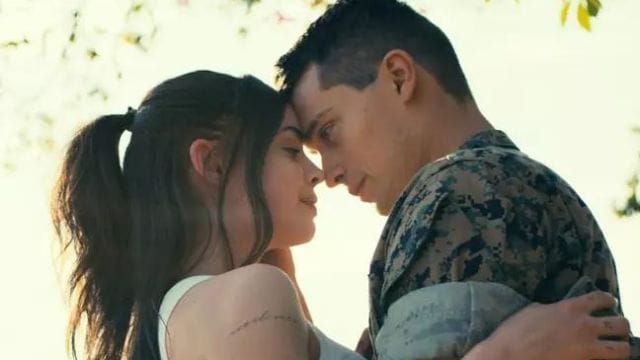 Even though movies based on books have been around for decades, there are always exciting new books that fans can’t wait to see on the big screen. Some of the most anticipated upcoming adaptations are “Dune” by director Denis Villeneuve, “Deep Water” with Ben Affleck and Ana de Armas, which is based on the book by Patricia Highsmith, who also wrote “Strangers on a Train” and “The Price of Salt,” and “Where the Crawdads Sing” by Delia Owens, which will be shown on Netflix.

To add to that, “Purple Hearts,” which is also coming to Netflix, should also be on everyone’s radar. The movie will be based on the same-named adult romance book by Tess Wakefield. It will star a lot of talented young actors. Netflix has shown over the years that it can make sweet and romantic movies and TV shows in many different languages. “Purple Hearts” will soon be added to that list.

What Is Purple Hearts About?

The new movie “Purple Hearts,” which will have a lot of music and singing, will be about Cassie and Luke, whose lives get tangled up in ways they didn’t expect. Taking a look at the book’s official summary on Goodreads, “Purple Hearts” is about “when a soldier with a troubled past and a struggling songwriter agree to a marriage of convenience for the military benefits, neither of them expects much after saying “I do.” Then tragedy strikes, and in this smart and surprising romance, the line between what’s real and what’s not starting to blur.” 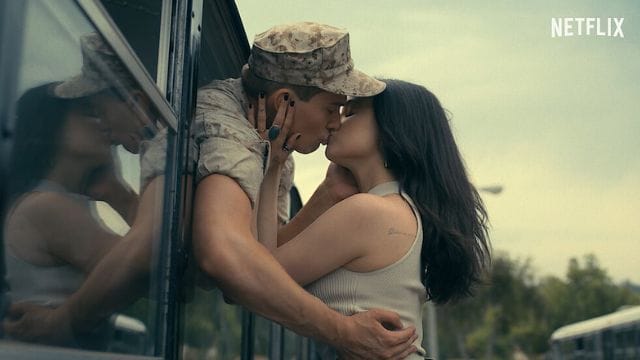 In the story, there is a marriage of convenience between two people who both need the marriage for their reasons. Cassie has diabetes, which means she has to pay a lot for her health care. She wants to get married so she can get better health insurance.

Luke, well, you’ll just have to wait and see what his “desperate reasons” are for wanting to get married. As with any romance like this, Cassie and Luke, who are very different and have different ideas about the world, will meet in surprising ways. Their fake marriage could turn into a real one.

What Is the Release Date for Purple Hearts?

On July 29, 2022, Purple Hearts will start streaming on Netflix.

Alloy Entertainment was the original owner of the global rights to the film, but Netflix acquired them in August 2021. The majority of filming took place in and around Riverside and San Diego, California.

Who Is in the Cast of Purple Hearts?

Carson, who you might know from the “Descendants” movie series and “Feel the Beat” on Netflix, will be in “Purple Hearts” as Cassie Salazar, an aspiring singer-songwriter who works at a bar in Austin, Texas to make money while she pursues her lifelong dream.

Nicholas Galitzine, who recently starred with Camila Cabello in Amazon’s “Cinderella,” is also in the movie. Galitzine will play Luke Morrow, a young and handsome soldier who runs into Cassie. This puts them on a strange journey together that could unexpectedly lead to love.

Chosen Jacobs, who was in the recent adaptations of “It” and “Castle Rock” by Stephen King, Kat Cunning, also known as Katrina Cunningham, of Netflix’s “Trinkets,” John Harlan Kim, who was in “The Librarians” and “9-1-1,” and Anthony Ippolito, who was in Netflix’s “Grand Army,” will also be in the movie. Sarah Rich, who plays a character named Hailey, Linden Ashby from “Teen Wolf,” and Scott Deckert from “Venom” round out the cast (IMDb).

Where to Watch Purple Hearts