Rehnuma Bhati, an Indian housewife, is married to Riyaz Bhati, who is reputedly a mobster and Dawood Ibrahim’s close associate. Rehnuma made news in November 2021 when she accused her spouse of forcing her to have sexual relationships with a number of prominent cricketers, athletes, and politicians.

She is married to a suspected Indian criminal and close associate of Dawood Ibrahim, Riyaz Bhati.

Rehnuma has two sons whose names are Abdullah and Ibrahim Bhati.

In 2021, it was reported that Rehnuma lodged a complaint at the Santacruz Police Station in Mumbai, and in her application dated 24 September 2021, Bhati accused her husband of forcing her to have sexual contact with a guy between 2011 and 2012. S

he stated in her application that Riyaz compelled her to have se* with a number of his business associates and other “high-profile” individuals, including notable cricketers such as Hardik Pandya and Munaf Patel. She also mentioned Rajeev Shukla, an Indian National Congress politician who has served as Vice President of the Board of Control for Cricket in India (BCCI). 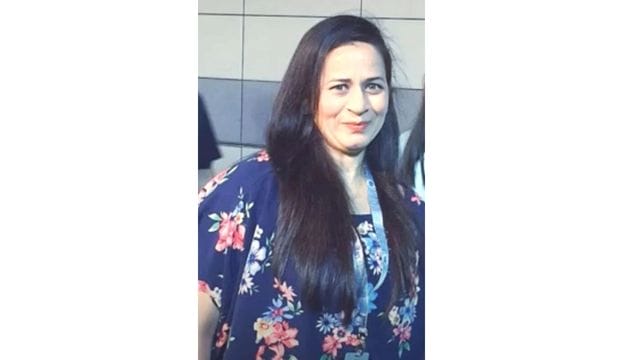 In the complaint, Prithviraj Kothari, the managing director of RSBL, is also mentioned.

Publications with access to Rehnuma’s complaint claimed that her application lacked an address, date, and location relating to the alleged sexual assault. In an interview, Rehnuma discussed her complaint, Rehnuma said

Rehnuma openly accused her husband of forcing her into prostitution for more than 15 years, two months after filing a complaint at the police station. Bhati also testified that her husband, Riyaz, threatened to kill her and their two children if she did not comply with his demands. However, no FIR was filed. Rehnuma added in an interview,

Why Rehnuma Bhati is in Trend?

In 2021, the criminal’s wife, Rehnuma Bhati, accused him of forcing her into prostitution for 15 years, using her private photographs and videos as a form of blackmail, and threatening to kill their two children.

On September 24, 2021, Rehnuma submitted a complaint at a Mumbai police station, stating that Riyaz routinely forced her to have se* with his business colleagues, famous athletes, and politicians.

In the complaint, she also claimed that Rajeev Shukla, a legislator for the Indian National Congress and former vice president of the Board of Control for Cricket in India (BCCI), and Prithviraj Kothari, the managing director of RSBL, had raped her.