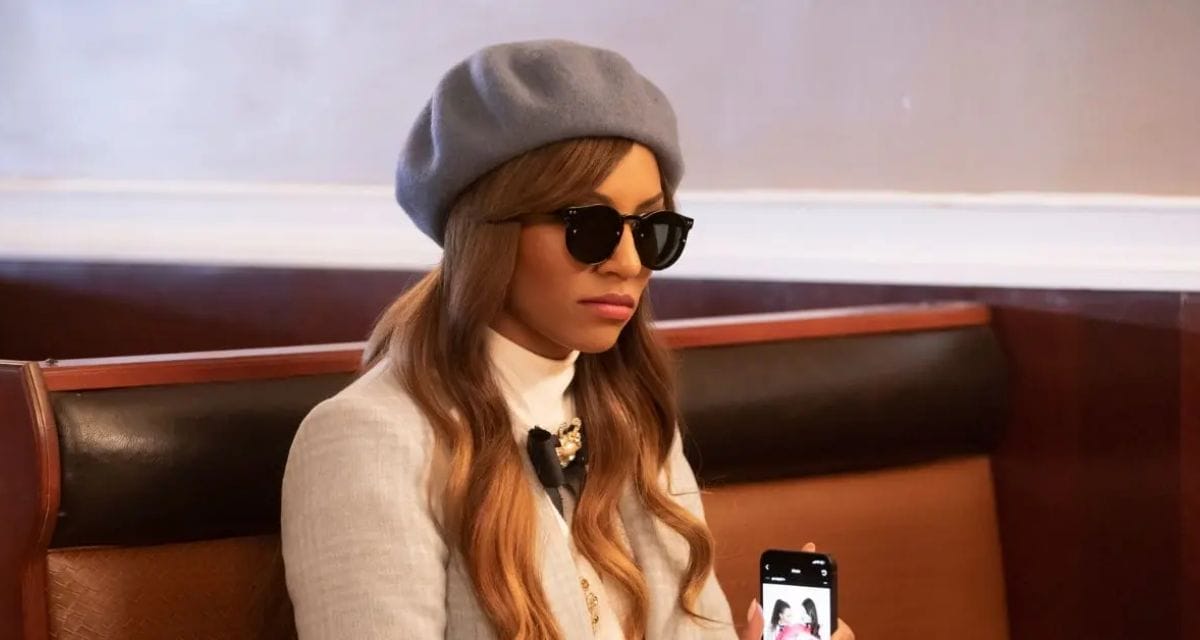 Savannah Lee Smith Dating: The HBO Max relaunch of the CW’s successful mid-2000s drama Gossip Girl has gradually diverged from the Upper East Siders for whom audiences tuned in from 2007 to 2012. Diverse classmates at Constance Billard-St. Jude’s High School is a significant contrast between the original Gossip Girl and the new adaptation.

The new Gossip Girl, which debuted in 2021, chose to depict students of all nationalities and cultures. Monet de Haan, portrayed by Savannah Lee Smith, is the school’s resident “mean girl” and the first openly lesbian character in the series.

In Season 1, Monet revealed her sexual orientation during a public kiss with another female. As the season progressed, Savannah delved further into her character as a result of the plot surprise that made many fans support the show’s villain even more.

Because Monet is so open about her dating habits, some fans are curious about the actress portrays her and her relationship status. Who does Savannah Lee Smith date, then? Here is what we learned.

Who is Savannah Smith? Get to Know the Gossip Girl Actress Here

Meet Savannah Smith, the Gossip Girl actress, singer, and icon of Generation Z. Here is all the information you need about young talent.

How old is Savannah Smith?

Savannah Smith’s age is 22. The 27th of July is her birthday, and she was born in 2000. This makes her a Leo according to the zodiac.

How tall is Savannah Smith?

According to reports, Savannah Smith is 5 feet 7 inches tall.

Where is Savannah Smith from?

Savannah Smith is a U.S. citizen. She grew up in Los Angeles, California, but currently resides in New York, where she attends the Tisch School of the Arts at NYU to study acting.

Is Savannah Lee Smith Dating Anyone?

Due to bullying, Savannah had a tough time forming relationships as a child, but she appears to have found her people as she grew older. After moving to New York City, the actor stated in an August 2021 interview with the New York Post, she felt more secure in her skin. In 2020, she realized she had earned the role of Monet due to her self-assurance.

During her interview, Savannah disclosed that her partner was among the first people she phoned to rejoice.

“I was crying so hard when I tried to tell my boyfriend the happy news that he feared someone had died,” Savannah recalled while describing how she learned she had booked Gossip Girl. “I could finally declare, ‘No, I got it!'”

Savannah has not mentioned her lover in public since her interview with the Post, so we do not know who the mysterious man is. Her most recent Instagram postings have been about her vacations, friends, and Season 2 of Gossip Girl. However, according to PopBuzz, the actor may keep her personal life private as her career progresses.

Savannah did not reveal her sexual orientation to her parents until she was a teenager, and she stated she did so while recovering from a difficult scoliosis operation. She remembered too the New York Post, “I had just been released from a month of bed rest and was teaching myself how to walk again.” “And it just came out.”

Savannah stated that some of her relatives disapproved of her sexuality, but her parents gave her unconditional love and support. Her immediate family’s support undoubtedly motivated her to be upfront about her identity in public, which ultimately led to her job on Gossip Girl.

In a July 2021 interview with Them magazine, Gossip Girl’s showrunner Joshua Safran revealed that Monet was not initially a lesbian. However, after observing Savannah’s candor regarding her sexuality, he asked her about making the character homosexual, and she leaped at the chance.

“I witnessed Savannah being genuine and enjoying her life,” explained Joshua. So I asked her, ‘Savannah, would you be okay with Monet becoming a lesbian?’ She responded, “Absolutely.” Sign me up.'”

Savannah publicly supported Monet’s sexual orientation during the Season 1 debut of her character. The actor revealed on Twitter that Monet is “into girls” before adding “and only girls.”

Season 2 of Gossip Girl will undoubtedly touch on her sexuality. Thursdays will find new episodes streaming on HBO Max.

What is Savannah Smith’s Net Worth?

Savannah Smith is relatively new to acting, hence there are currently no details regarding her net worth. The cast of all new Netflix shows gets between $20,000 and $30,000 every episode. With her new position on Gossip Girl, Savannah’s net worth is certain to increase as the series progresses.

In the HBO Max series Gossip Girl, Savannah Smith portrays Monet De Haan, a student at a prestigious New York private school. Monet is believed to be one of the popular girls at the school, although few details are currently available.

What other movies and TV shows has Savannah Smith been in?

Gossip Girl is Savannah Smith’s first-ever television role. In Season 3, Episode 19 of the Disney Jr. show Lion Guard, she voiced the character Kasi. We have no doubt, however, that she will soon have additional acting credits to her name.

Savannah Smith is Also a Singer

Savannah Smith is multi-talented. In addition to acting, she is a singer-songwriter. Savannah has been singing since she was three years old, and she frequently posts Instagram clips of her music. We can also anticipate some hits from Savannah shortly. She told Town & Country, “My music is very important to me, and once the series concludes, I’ll return to the studio and begin releasing new music.”