Sister Wives is returning, and judging by the teaser, Season 17 will be nothing short of dramatic. The TLC show initially aired in 2010, following Kody Brown and his four wives — Meri, Janelle, Christine, and Robyn — and their total 18 children as they navigate a condemning society.

Christine (Kody’s third wife) announced the end of their relationship during the Season 15 finale, citing the “intimate portion” of their marriage as the reason. And it appears that this news will be carried over into the next season. Here’s what we know thus far about Sister Wives Season 17:

When Does Sister Wives Season 17 Premiere?

We won’t have to wait long to find out what happened to this family when Sister Wives returns to TLC on Sunday, September 11 at 10 p.m. ET.

Who Are Kody Brown’s Wives?

In 1990, Kody married his first wife, Merri. Leon is the name of the couple’s son. Later, in 1993, he spiritually married Janelle, with whom he had six children: Logan, Hunter, Robert, Gabriel, Maddy, and Savanna. He spiritually wedded Christine in 1994. Kody and Robyn married in 2010.

Season 17 of Sister Wives is presently under production. On January 7, Robyn appeared on Meri’s Instagram Live. At Ariella’s mermaid-themed birthday party, fans may catch a glimpse of her, but she refused to reveal anything.

Meri admitted earlier in the day that she had removed her mermaid jewellery. Meri requested Robyn’s assistance in reapplying her jewellery. She then made a joke about Robyn trying to strangle her, which was met with laughter.

TLC offered a sneak peek before the series premiere, informing viewers about what they may anticipate from the series this season. Kody and Robyn got into a furious disagreement when the trailer started because Christine kicked him out.

Kody, according to Robyn, should put in more effort regarding Christine. Robyn confessed during her confessional:

In contrast, Kody seems annoyed that he had to sleep on the couch. Robyn, however, was on Christine’s squad and did not disappoint her. During his confession, Kody revealed that his first, second, and fourth wife had previously attempted to evict him, which, according to him, always meant they faced an uphill struggle.

When Sister Wives premieres, audiences will be exposed to additional drama.

The cast of Sister Wives has announced Season 17 of the show. Yesterday, Robyn Brown and Meri Brown began filming the new season.

They had a great time shutting off their mics while using the restroom. They do not wish for the team to be exposed to additional noise.

Meri recalls an audio engineer discussing her bathroom sounds, and she fondly recalls the incident. Thankfully, the sound engineer is a woman, so her presence improved the situation.

Jen confessed that she is not a huge lover of television shows. When the current season premieres, admirers discuss it without understanding its plot. 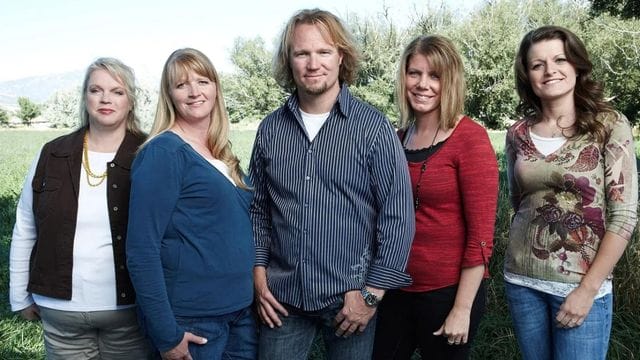 They do not view it and disregard the opinions of others regarding it. The last thing they desire is to become entangled in such negativity.

Robyn was not the only noteworthy guest on Meri’s Instagram live broadcast. Kody Brown and Solomon later emerged during the live show. Ariella’s favourite party game, “Hide Your Assets,” was one of the games they played. Kody had figured out how their surround system worked and wished to inform Robyn.

He has not avoided her despite the coronavirus epidemic. Fans of Sister Wives may watch Season 16 until its conclusion.

Although Meri and Kody’s relationship remains tense, it appears to be improving. She believes they can never return to their previous condition.

On the other side, Robyn feels optimistic regarding Meri and Kody. Instead of picking up where they left off, they can begin from scratch. Meri knows that Kody merely considers her a friend.

Additionally, she views herself as an outsider within the family. However, she appears to be a family member in Season 17.

What are your thoughts on the third season of Sister Wives? Observing the further development of interpersonal dynamics will be fascinating. Please express your thoughts in the space provided below.

Sister Wives: Did TLC Put an End to It?

Sister Wives has been shown on TLC for over 12 years, prompting some to question whether it has reached its conclusion.

How can I locate the most recent season of Sister Wives?

When Did Dies Sister Wives start? Season 17 of Sister Wives premieres on September 11 at 10 p.m. ET and aired on TLC.