Stalker 2 is on the way. The long-awaited sequel to the Stalker series, which is loved even though it’s not very good, will take players back to The Zone of Alienation, a heavily polluted and hazardous area between the Ukraine and Belarus borders.

The first-person survival shooter series is known for its dark setting, scary monsters and mutants, and harsh fighting. Fans, including me, have been waiting for more than ten years for a sequel that was first announced in 2010.

Here is all our information about Stalker 2: Heart of Chornobyl.

What is Stalker 2’s Release Date?

The game Stalker 2: Heart of Chornobyl is set to come out in 2023. At first, the sequel was supposed to come out in April 2022, but it was pushed back to December. But that was before Russia invaded Ukraine and stopped GSC Game World from working. Even though work on the game has resumed, the ongoing war has slowed it down.

Will Stalker 2 Be on Pc?

Yes! The Stalker series has always been on PC, but Stalker 2 is a “console launch exclusive” on Xbox. The official site for Stalker 2 says that the PC version will come out simultaneously with the Xbox version. This phrase is hard to understand, but it doesn’t mean that PC players will have to wait. It just means that people who own a PlayStation will be out of luck.

How Has Stalker 2 Been Affected by the War?

Kyiv, the capital city of Ukraine, is where GSC Game World is based. When Russia went to war on February 24, it was one of the first game studios to issue a statement that said in part: “Our country woke up to the sounds of explosions and gunfire, but it is strong and ready for anything, so it is ready to defend its freedom and independence. We don’t know what will happen in the future, but we always have faith in Ukraine and hope for the best. 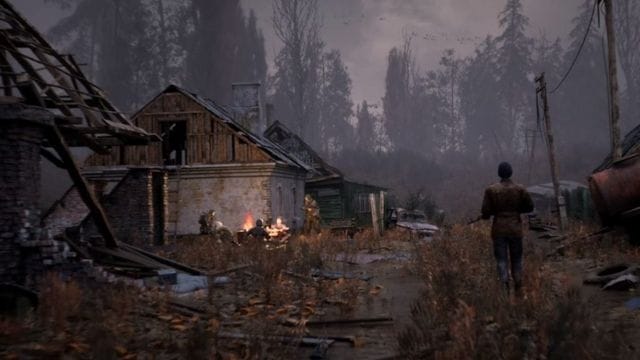 GSC Game World stopped working on Stalker 2 in March when the city was heavily bombed, and Russian troops were gathering around it. The video was supposed to show off the studio’s mocap work, but it turned into a powerful statement about how things had changed. It said, “Now we are trying to help our workers and their families get by.” “The work on the game was put on hold.

During the next break, the spelling of the subtitle was changed to “Heart of Chornobyl,” which is how Chornobyl is written in Ukrainian, not Russian.

Mol1t, a community representative, said on Discord at the end of May that development had resumed, saying “it continues” and “the work is in progress.” Soon after, a delay until 2023 was announced because the invasion was still causing trouble.

In June, GSC Game World released a video called “Dev Diary.” It talked about how the war in Ukraine has affected the studio and how it works. In the video, GSC developers show their makeshift workspaces and discuss how often air raid sirens or the need to go to bomb shelters keep them from working. They also talk about their work as volunteers and members of the Ukrainian armed forces.

Will Stalker 2 Seriously Have Nfts?

Well, it used to be yes, but now it’s no, and I hope it stays no. On December 15, GSC Game World announced a partnership with NFTs, a kind of blockchain auction where players can scan their faces onto NPCs or get “unique” items. This didn’t last long at all. The next day, NFT pulled out of Stalker 2, showing that the answer to “What are you selling?” was not, in fact, NFTs.

So, it looks like Stalker 2 will be safe from the internet-wide problem of non-fungible tokens.

What Engine is Stalker 2 Running on?

Stalker 2 used to be made for Unreal 4, but now it is being made for the highly anticipated Unreal 5. The initial delay that pushed the release date to 2022 may have been caused partly by a change in the engine.

With this change to the game’s engine, there are a lot of improvements, like some cute characters and weapons. When we meet an enemy in the Zone, we can expect to see both the whites of their eyes and the not-so-whites of their teeth.

The maps were prominent in the first Stalker games, but they weren’t wholly open worlds. Even though they were big, they were broken up into pieces, and you could only move between them by going through a few specific points.

Officially, Stalker 2 will be an open-world game. GSC Game World says, “For the first time in the series, you’ll be able to explore the Zone as a post-apocalyptic open world—one of the biggest ones to date.

A-life Has Been Upgraded

In Stalker games, there is a lot of simulation going on. People from all the different human factions wander the Zone, just like you do. There are also all kinds of mutants and strange creatures out there.

READ MORE: blooketHow to Use Blooket to Play Online Games: How Do You Login to Blanket?

Even when you’re not there, these different things fight and talk to each other. In the first games, the world and its people were simulated by a system called A-Life. In Stalker 2, an updated version of A-Life 2.0 will do the same.

What is Stalker 2 About?

Nothing has been said about the story, but it sounds like it will be like the other games. “Bounty hunters go deep into the Zone because they want to find its treasures and learn more about it. Some are running away from their pasts, others are blinded by money, and others are obsessed with finding the truth behind all the mysteries. The story won’t go in a straight line, and GSC says, “Your choices will affect both short-term and long-term results.

GSC has confirmed that Stalker 2 will work with RTX on the Xbox Series X and Series S and that the Series X will have 4k resolution. This means we can safely assume that the same features will be available on a PC. In those radioactive puddles, you’ll see a lot of reflections.

Do I Have to Play the Other Stalker Games Before I Play Stalker 2?

Yes, you do. That’s not an official rule; it’s just what I want you to do because Shadow of Chernobyl and Call of Pripyat are two of the best Stalker games.

If you want a second opinion, you can ask GSC Game World, which says, “Yes, you do.”

GSC’s website said, “Stalker 2 is a project that can be enjoyed on its own.” “At the same time, we suggest finishing the games you’ve already played to get the most out of the experience.”

So, yes. You’d better get started!

The original Stalker series is kept fresh by a community of passionate and hardworking modders. GSC also has plans to help modders with Stalker 2. “We’re going to make modding as easy as possible from the start.”

The story is a little complicated, so don’t take this too literally. The game is called SL.K.E.T.A..R. 2, which is much harder to type than Stalker 2. And, supposedly, the letters stand for Scavengers, Trespassers, Adventurers, Loners, Killers, Explorers, and Robbers.

Which one do you want to be? Most likely, all of these. You do.

What is Kevin Games? Where Can I Play Squid Game?

The 8 Strongest God Of War Characters