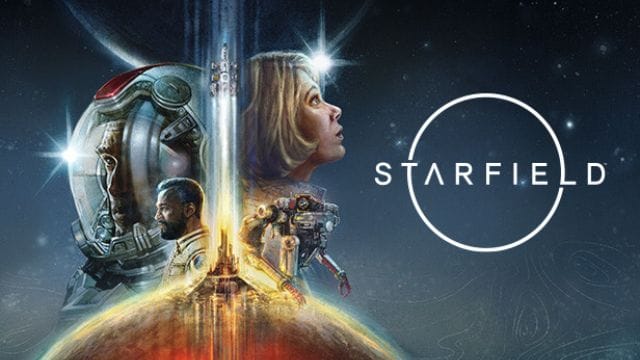 Bethesda is a successful developer of enormous single-player role-playing video games such as The Elder Scrolls V: Skyrim and Fallout 3. Despite recent missteps with titles such as Fallout 76 (and, to a lesser extent, Fallout 4), the studio is moving forward and has several ambitious projects in the works. Starfield, a game first mentioned during Bethesda’s 2018 E3 presentation, is one such endeavour.

As a result of Microsoft’s acquisition of Bethesda, rumours surrounding the release of Starfield have intensified, and we may learn more later this year. We don’t know much about Bethesda’s new science-fiction role-playing game Starfield, but we’ve gathered as much information as possible to bring you everything we do know.

When Is the Starfield Release Date?

Starfield was preparing to premiere on November 11, 2022, eleven years after The Elder Scrolls V: Skyrim’s first release. However, Bethesda revealed on May 12, 2022, that the release date has been pushed back to “the first half of 2023.” The corporation added that Bethesda Game Studios has “extraordinary goals” and that it wants fans to “get the finest.”

During an interview with GameSpot, Howard recommended, “Everyone should be extremely patient” in regards to obtaining Starfield. Bethesda has not indicated when it will be able to show us more, which is part of the reason why there was an internal dispute about its reveal at E3 2018.

As a result of the terrible reception Fallout 76 had in 2018, Bethesda will likely want its next game to be as refined and polished as possible, which will take time.

Moreover, Bethesda certainly does not wish to repeat the unfortunate launch of Cyberpunk 2077, a game that was launched much before it was ready.

Pete Hines told Eurogamer that production timeframes for the studio’s recent games have not changed at all. Regarding when we will learn more about Starfield, Hines stated, “From Fallout 3 to Skyrim to Fallout 4 to Fallout 76, it would take around the same amount of time. It will continue to be those intervals; this has not altered. Or at least, based on what I know, I do not believe it will change.” 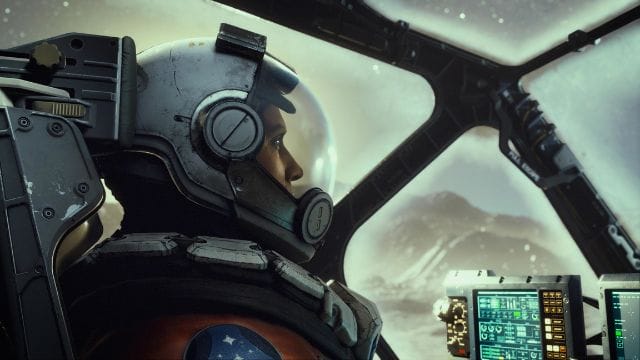 We are aware that Starfield will be available for Xbox Series X|S and PC. Since Bethesda is now a first-party Microsoft developer, it is apparent that the game will not come to PlayStation or Nintendo. Before E3 2021, GamesBeat’s Jeff Grubb stated that Starfield will not be available on PlayStation, claiming that it is Xbox-exclusive. This was confirmed by Microsoft during their most recent presentation.

Bethesda stated after E3 2021 that Starfield will only be available for Xbox Series X|S and PC. For a time, it was uncertain whether Starfield would be coming to Xbox One.

In an interview with The Telegraph, Howard stated, “You never want to exclude someone, right? But at the end of the day, your ability to focus and say, “This is the game I want to build, and these are the platforms I want to make it on, and to hone in on those will result in a superior product.”

Given the magnitude of the game, it makes sense that it will only be compatible with current hardware.

Ahead to E3 2021, where Bethesda displayed additional Starfield footage and the game’s release date. The two-minute trailer lacked gameplay, but it did convey the graphics and a general sense of the game’s tone and ideas.

It had stunning visuals, all of which were rendered in-engine. In the clip, a character can be seen preparing a spaceship for takeoff, but it is unknown if this will be a part of the game. We also saw a weird planet, an unknown robot, and the interior of the vessel.

Then, in mid-March 2022, Bethesda published a new extended trailer with additional Starfield footage and commentary from the development team. The extended trailer is approximately 15 minutes long, but the gameplay has not yet been demonstrated.

The developers concentrated on the game’s landscapes and characters in addition to the footage. Keeping Starfield grounded is a top priority for Bethesda, as indicated in the teaser.

It likely came as a surprise when Bethesda unveiled a new space-themed video game. Starfield is a sci-fi RPG for a single player and the studio’s first new IP in 25 years. The developer attempted to build a space-themed game in the 1990s, but the project ultimately failed and was cancelled. The company has prioritised Starfield’s development and plans to release it on current-generation consoles, suggesting that it will avoid the same fate.

The Elder Scrolls: VI and Fallout 76 are now being worked on by a smaller fraction of the studio’s creators. All four of Bethesda’s major studios, situated in Austin, Dallas, Montreal, and Rockville, Maryland, are contributing to Starfield’s development.

Since the game’s announcement, Bethesda fans have pondered whether Starfield will operate on a new and enhanced engine, about current-generation technology. Many of the studio’s previous games were notoriously unstable and felt antiquated even at the time of their release. Bethesda has confirmed Starfield will use the same Creation Engine as Skyrim, Fallout 4, and Fallout 76. It is currently unknown how Starfield will operate.

This may be a deal-breaker for some, but when you consider how much the engine has progressed since 2011, it might as well be something completely new. As GamesRadar explains, Bethesda has added to the engine to such a degree that labelling it “the same” is not as accurate as you may believe.

“We altered it significantly for Fallout 76,” Howard explained. “All new renderer, new lighting model, new landscape system. Then, when you go to Starfield, it changes even more, and then Elder Scrolls VI, which is really on the horizon, it changes much more.” In conclusion, the fact that Starfield still utilises Creation Engine may not necessarily be cause for concern.

Starfield was partially playable as of the 2018 E3 convention. Four years have passed, and the game is in even better condition now. “We’re aware of the game we’re currently developing, and one of the reasons we announced it is because it’s looking extremely cool. In 2018, Howard told GameSpot, “We have a runway in front of us, and we’re aware of what’s going on.” Regarding the gameplay and what to expect from Starfield compared to Bethesda’s past games, Howard stated, “It exceeds expectations.”

“It’s unusual, but if you played it, you’d recognise it as something we created, if that makes any sense. It contains our DNA. It contains elements we enjoy,” Howard told Eurogamer in 2018.

In 2020, allegedly leaked photos of Starfield gave us a glimpse of the game’s user interface and characters. It is unknown whether these are genuine, although they certainly appear to be so. A second report from Reddit, shared by GamesRadar, indicates that each planet in Starfield is larger than Skyrim, although this has not been confirmed.

Starfield will undoubtedly delight fans of “classic” Bethesda games, even though the developer is remaining tight-lipped about the game’s details. In recent years, the firm has experimented with new items such as The Elder Scrolls: Blades and Fallout Shelter, two mobile-optimized games. Starfield, on the other hand, will be completely different, albeit it remains to be seen what we will do in it.

Howard stated in an interview with The Telegraph, “The game is set more than 300 years in our future, and Constellation is the last group of space explorers. Similar to NASA, Indiana Jones, and the League of Extraordinary Gentlemen, this group is still seeking answers.

“There are many factions in the game, but you will primarily join this one. It’s similar to Skyrim in terms of the game’s framework, in that you can be whatever you want to be and join several factions to forge your unique path.

It’s still unknown whether you’ll be able to freely roam the world like in No Man’s Sky, but Bethesda hasn’t given us any reason to assume that will be the case. According to Howard, science and religion will have a role in Starfield. “In the game, we pose some profound questions — the kind that people have pondered when gazing at the sky, you know? “What do you see? Why do we exist? How do we get here?’ And we go into science, we get into religion.”

During Bethesda’s 2018 E3 presentation, we got our first look at Starfield, but other than conveying tone, it didn’t show much. Bethesda was hesitant to unveil the game so early, but as Howard said in an interview with NoClip, fans already assumed the developer was developing Starfield based on the 2013 trademark filing.

The team intended to provide fans with a roadmap of what to expect from Bethesda Game Studios in the future, so they opted to remove the veil – perhaps too soon, as some fans have pointed out.

The more cynical portion of the Internet believes that Bethesda revealed Starfield to divert attention away from the unveiling of Fallout 76, which was not well received even before its release. The corporation may have understood that the community would not welcome an online Fallout game, therefore Starfield and The Elder Scrolls: VI may have been announced to appease supporters. Bethesda would never accept that.

Ahead to E3 2021, where Bethesda displayed additional Starfield footage and the game’s release date. The two-minute trailer lacked gameplay, but it did convey the graphics and a general sense of the game’s tone and ideas.

It had stunning visuals, all of which were rendered in-engine. In the clip, a character can be seen preparing a spaceship for takeoff, but it is unknown if this will be a part of the game. We also saw a weird planet, an unknown robot, and the interior of the vessel.

Then, in mid-March 2022, Bethesda published a new extended trailer with additional Starfield footage and commentary from the development team. The extended trailer is approximately 15 minutes long, but the gameplay has not yet been demonstrated. The developers concentrated on the game’s landscapes and characters in addition to the footage. Keeping Starfield grounded is a top priority for Bethesda, as indicated in the teaser.

Regarding Fallout 76, fans shouldn’t be concerned about multiplayer interfering with the quality of the single-player campaign. Peter Hines of Bethesda stated in an interview with Eurogamer that Starfield is “decidedly single-player.” The business has defined Starfield as a core Bethesda game, but this time it’s set in space, which is a first for the developer.

It is too early to speculate about possible Starfield downloadable content because we do not yet know how the game will seem. However, if Bethesda’s other major titles, Fallout and Elder Scrolls, are any indicator, Starfield’s DLC is a sure bet. This could include extra single-player content or new cosmetics and in-game equipment. At this moment, all we can do is speculate, but if we had to wager, we’d say this game would likely have downloadable content of some type.

Starfield resembles Skyrim in space, according to Todd Howard.

Todd Howard told The Washington Post that Starfield is “like Skyrim in space” and will contain factions, with Constellation, a group of human explorers, serving as the primary faction.

Will Starfield be Multiplayer?

Sadly, Starfield appears to continue another Bethesda RPG legacy by lacking noteworthy multiplayer capabilities. Todd Howard of Bethesda revealed in 2020 that Starfield will be a single-player game (you can skip to around the 45-minute mark in that video to hear his exact comments).

In case you haven’t heard, Bethesda has revealed that Starfield and Redfall will be delayed from 2022 to the first half of 2023.