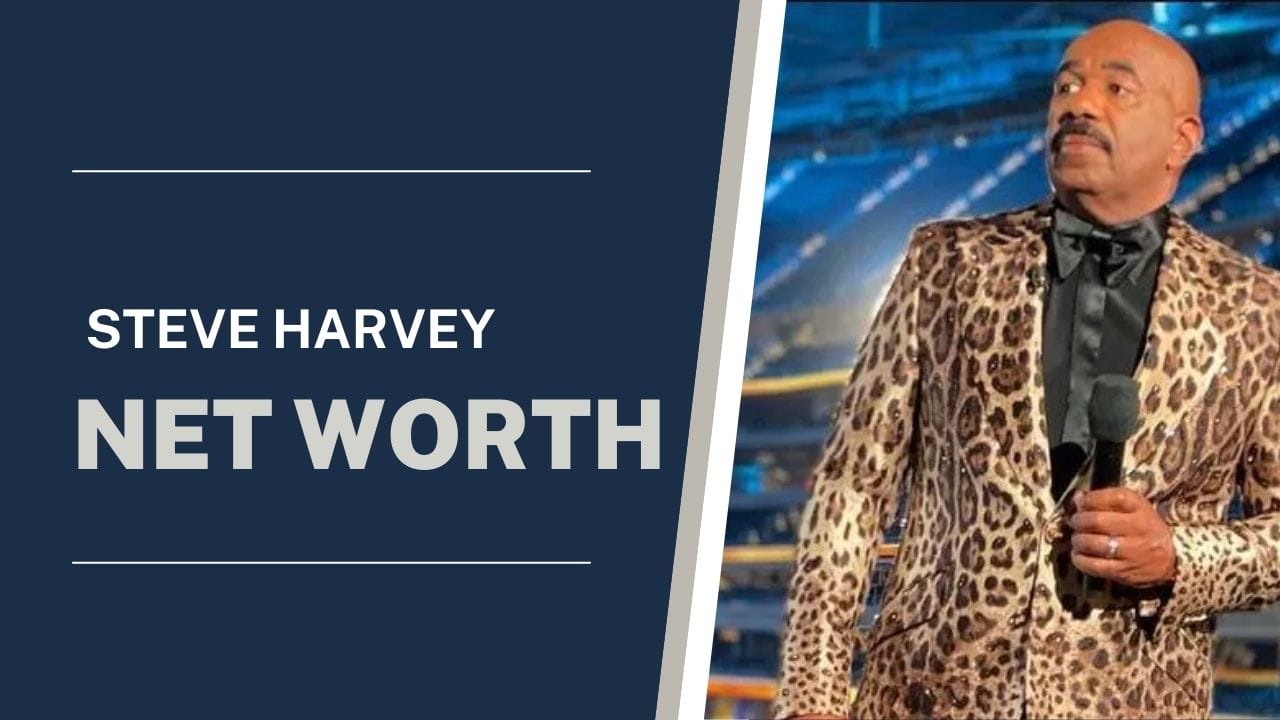 Steve Harvey Net Worth: What is Steve Harvey’s Income From Family Feud?

Steve Harvey is a comedian, businessman, Emmy-winning show host, and entertainer with a $280 million net worth. As the host of “The Steve Harvey Morning Show” and the popular game shows “Family Feud” and “Celebrity Family Feud,” he is well-known.

Steve Harvey’s net worth is estimated to be $280 million in 2022, according to public records. His annual salary is approximately $45 million at present. This income includes $10 million from his hosting of Family Feud and $20 million from his radio program.

Broderick Stephen Harvey was born in Welch, West Virginia on January 17, 1957. His family later relocated to Cleveland, Ohio, where he earned his high school diploma in 1974 from Glenville. Later, he attended West Virginia University after attending Kent State University.

He has worked as a boxer, autoworker, insurance salesman, carpet cleaner, and mailman, and made his first comedy appearance on October 8, 1985, at the Hilarities Comedy Club in Cleveland, Ohio. Harvey, who is no stranger to adversity, was homeless for three years in the late 1980s, sleeping in his 1976 Ford when the venues he performed at did not provide hotels.

As a finalist in the 1990 Johnnie Walker National Comedy Search, Harvey landed a position as the host of the television program “Its Showtime at the Apollo.”

He continued to perform stand-up comedy, joining Cedric the Entertainer, D.L. Hughley, and Bernie Mac on the 1997 Kings of Comedy tour. In 1997 and 1998, this tour grossed $37 million, making it one of the most lucrative comedy tours ever.

From his success and recognition as a comedian, he received opportunities such as a starring role on the ABC show “Me and the Boys” (1994); his own show on the WB network, 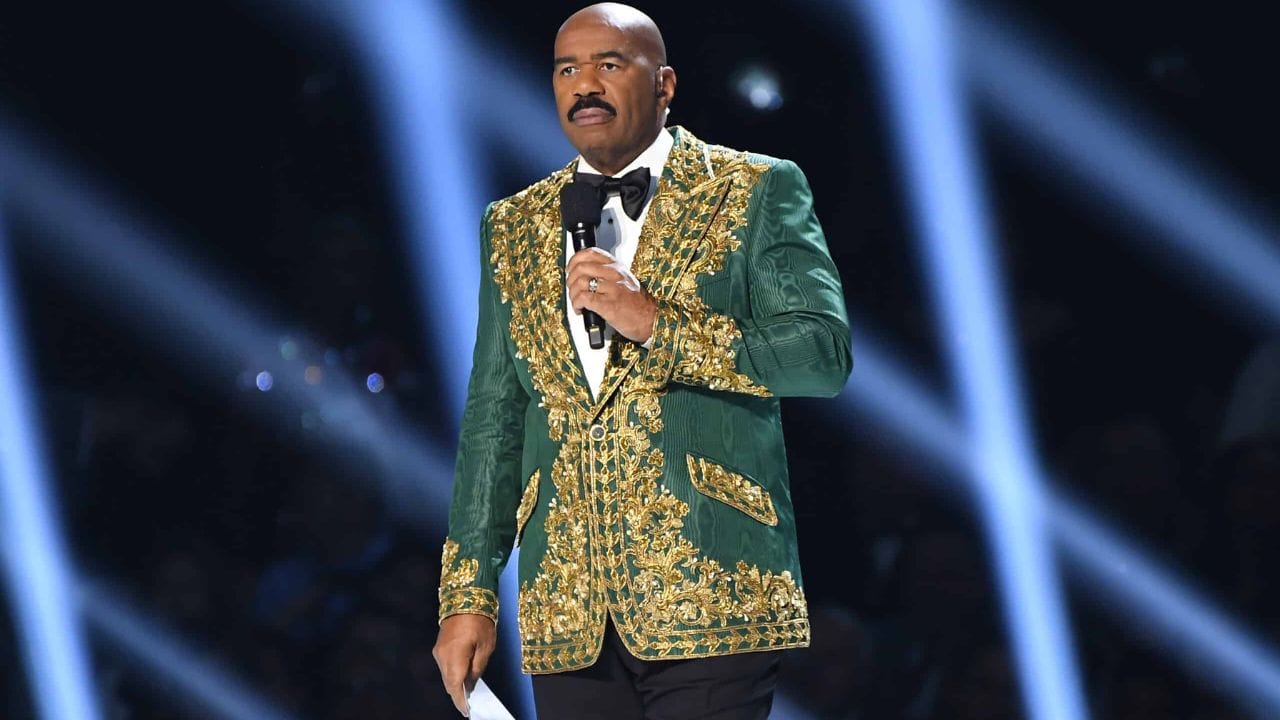 Harvey performed his final stand-up show at the MGM Grand in Las Vegas on August 2, 2012, concluding his 27-year career as a stand-up comedian. However, in addition to his comedy career, Harvey has also achieved great success in a number of other endeavors.

Harvey is perhaps even more well-known as a charismatic and engaging host than as a comedian. Harvey began hosting the game show Family Feud in 2010. His consecutive tenure as host is also the longest of the show’s previous hosts. Harvey also hosts “Celebrity Family Feud,” a spin-off.

Thanks to YouTube and the many viral videos depicting his reactions to “Family Feud” contestants’ inappropriate or incorrect answers, he has achieved modern fame. In 2013, he was the first host ever to be nominated for both the Outstanding Talk Show Host and Outstanding Game Show Host Daytime Emmy Awards. He received a star on the Hollywood Walk of Fame the same year.

Harvey hosted the Miss Universe 2015 competition in Las Vegas in 2015. He has continued to host the Miss Universe pageant in 2016, 2017, and 2018 despite his error in which he misidentified the winner as the runner-up and had to announce a few minutes after she had been crowned that he had misread the results.

What is Steve Harvey’s income from Family Feud?

At least $10 million of his average annual salary of approximately $45 million comes from hosting Family Feud. He earns an additional $20 million from his radio hosting duties.

What is Steve Harvey’s main claim to fame?

Steve Harvey is a television host, actor, writer, producer, and comedian from the United States.

What is the net worth of Steve Harvey?

Steve Harvey has a net worth of $280 Million.

Who is the wife of Steve Harvey?

What is the number of Steve Harvey’s children?

What is the height of Steve Harvey?

What illness does Steve Harvey suffer from?

How did Steve Harvey become wealthy?

Steve Harvey has earned his fortune as a radio and television host in addition to being a comedian.

What is Steve Harvey’s age?

Steve Harvey is a billionaire, yes.

No. Steve Harvey, who has a net worth of $280 million, is a millionaire.

What is Steve Harvey’s hourly wage?

Only Murders in the Building Season 3 Speculated Release Date, Cast: What to Expect in the Finale Episode?

Joe Rogan Net Worth: What is Joe Rogan’s Spending Pattern?