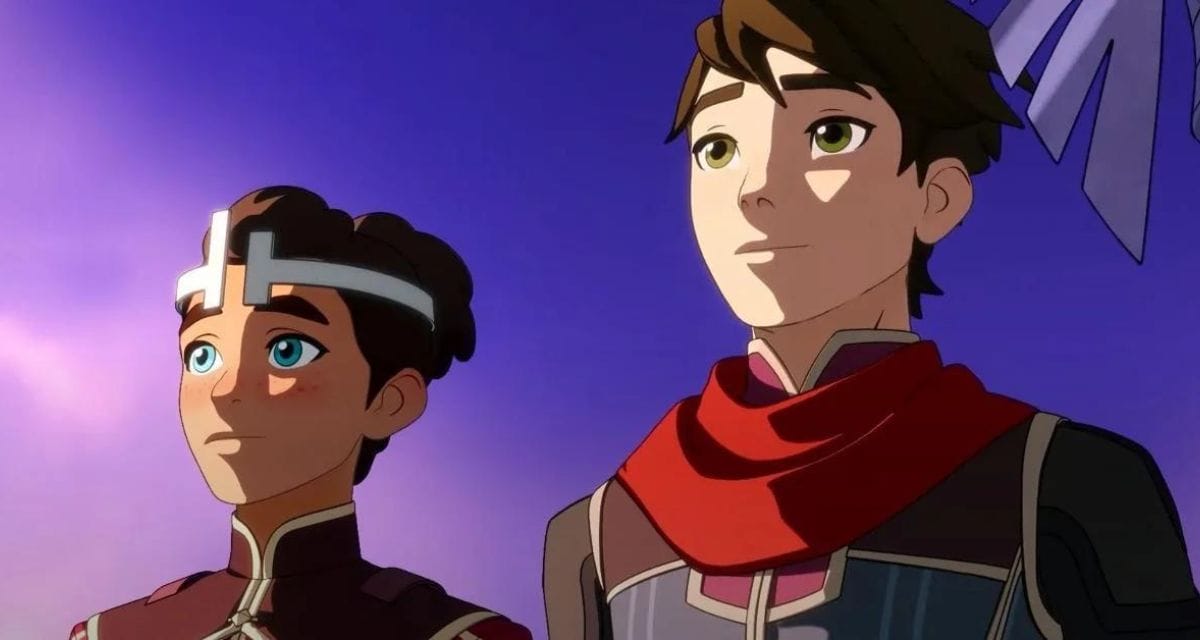 The Dragon Prince Season 4: On November 3, Netflix’s popular series The Dragon Prince will return after a three-year absence. Netflix has now published a full-length trailer teasing what fans may anticipate when they return to Xadia next month.

Claudia informs Viren, who plummeted to his death at the conclusion of Season 3, that he has been deceased for two years. As the trailer continues, she discloses to her father that the spell will only bring him back for 30 days, but that Aaravos, Viren’s mystery buddy, will be able to save him; thus, they must find him.

Viren functioned as the principal antagonist for the majority of the series, while Claudia, in a very complex role, served as a minor antagonist. Claudia is devoted to her father and follows his instructions without question, despite the fact that she appears to be a caring individual.

Claudia and Viren are clearly potent dark magicians in their own right, but the addition of Aaravos will make them even more formidable foes. Season 4’s subtitle, The Mystery of Aaravos, indicates that the enigmatic Elf magician will play a significant role.

The teaser also introduces us to an elderly King Ezran, who announces that the Dragon Queen will be traveling to Katolis with her son Zym, who was once Ezran’s traveling companion. Despite their mini-reunion, Callum is unable to celebrate because Rayla is not present. As the action begins in the video, we also get a peek at a grown and much larger Zym, as well as many familiar and new faces.

Ezran also emphasizes in a thoughtful manner that violence is a major impediment to the peace and love we all desire and deserve. The teaser closes on its most intriguing note, though, with the reappearance of Rayla, who declares that “so much has occurred since then” before informing Callum, who is still much in love with her, that he looks “great.”

The trailer leaves much to be explained, but it also guarantees fans that the upcoming season will be action-packed. In addition, the teaser demonstrates that the absence of three years has not diminished the show’s quality in any way.

Prince Callum, Prince –later King– Ezran, and Rayla, an Elf assassin, strive to restore the title of Dragon prince to his mother in The Dragon Prince. As humans, elves, and dragons now coexist in peace after centuries of conflict, the fourth season will be particularly intriguing to observe. It would require a formidable adversary, such as Aaravos, to endanger that peace.

Jack De Sena as Callum, Paula Burrows as Rayla, Sasha Rojen as Ezran, Jason Simpson as Viren, Racquel Belmonte as Claudia, Jesse Inocalle as Soren, and Erik Todd Dellums and Aaravos appear in the series, which was created by Aaron Ehasz and Justin Richmond. Netflix renewed the series for four more seasons in 2020, so fans have three more seasons to look forward to following the launch of Season 4.

On November 3, The Dragon Prince will finally return to our screens with nine new episodes. Until then, you can view the Season 4 trailer below.