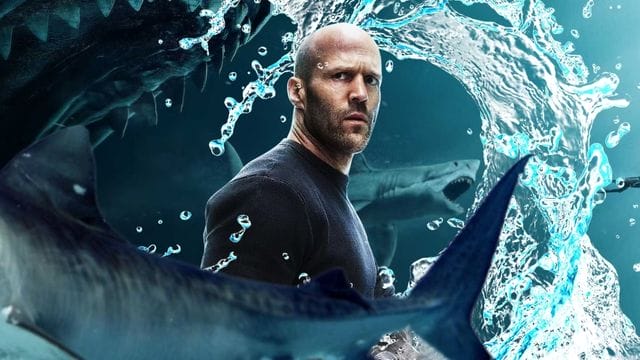 The Meg 2 Release Date: What Rating Will the Meg 2 Receive?

The plot of the first film involved a group of scientists encountering the titular prehistoric shark. The Meg is an adaptation of Steve Alten’s 1997 novel Meg: A Novel of Deep Terror. Audiences were captivated, and the film grossed over $530 million worldwide.

Based on those numbers, it makes sense that Warner Bros. Pictures would be eager to produce a sequel, potentially launching this as the next sci-fi/horror blockbuster franchise.

What do we know about the upcoming sequel The Meg 2: The Trench? How will it continue the original story, and what new adventures can we expect to encounter? Who is reappearing from the first film, and will there be any new additions? When and where will we be able to view the film upon its release? What else should audiences be aware of regarding The Meg 2: The Trench?

On August 4, 2023, Warner Bros. Pictures will release The Meg 2: The Trench in theatres. In 2018, the first film produced jointly by the United States and China was released simultaneously in both countries. It is currently unknown whether the sequel will employ the same strategy, as it is only scheduled for release in the United States.

The original The Meg film was based on Alten’s 1997 novel Meg: A Novel of Deep Terror, as previously stated. The new film will be based on Alten’s novel The Trench, which was published two years later. Although we do not yet know what the plot of the sequel will be, we can speculate based on the book’s narrative.

The Trench begins a few years after the conclusion of the first book, with Jonas Taylor studying a young captive megalodon. Other members of the research teams discover the Kronosaurus while exploring the Mariana Trench, where the megalodon was initially discovered. This creature was a large marine reptile that lived in the trench and had evolved to hunt in packs.

Now, faced with this new creature in addition to the megalodons, Jonas must confront his demons from the first book in an attempt to maintain his life.

We do not yet know how closely Meg 2 will adhere to the plot of the sequel novel, but we have a good idea of what to expect from the story. The title, The Meg 2: The Trench, seems to imply that the film will be based on the novel, but nothing is certain. There are four sequel books to The Trench, with the possibility of more, so Warner Bros. Pictures would have no shortage of source material should they decide to make this their next science fiction action franchise.

In the sequel, Jason Statham reprises his role as Jonas Taylor. Cliff Curtis will reprise his role as James “Mac” Mackreides, Taylor’s friend and the operations manager of the institute. Page Kennedy will reprise her role as DJ, and Shuya Sophia Cai’s Suyin’s daughter Meiying will also return.

Beyond these four, there are no other returning cast members from the original film. It is still early, so it is possible that their involvement is simply being concealed. Considering the number of characters who perished in the first film, certain character returns appear more unlikely than others.

Several new cast members will join the returning cast. Sienna Guillory of Resident Evil will play the new female lead. She is the head of the applied sciences division, but little else is known about her personality. Skyler Samuels, an actress, and model, will portray a member of Jonas Taylor’s submarine crew who craves adventure.

According to reports, Snowfall actor Sergio Peris-Mencheta will play the film’s primary antagonist, a hardened mercenary. Wu Jing, a Chinese celebrity, is also joining the cast, although his exact role and plot are currently unknown.

In the coming months, we can reasonably anticipate additional casting announcements and confirmations.

The Meg 2: The Trench Trailer

Little information about The Meg 2 is currently available to the general public. Due to the success of the film, the project is being kept under wraps, and no trailer or teaser has been released. Below is the trailer for the first season.

What Rating Will the Meg 2 Receive?

In his September 2020 newsletter, he expressed interest in The Trench’s “dark” nature and possible R-rating (as opposed to its predecessor’s PG-13 rating). On February 4, 2022, Warner Bros. Studios in Leavesden began filming.

Where is Meg 2 Filming?

Variety confirms that “The Meg 2” has begun filming in the United Kingdom. The production of “Meg 2: The Trench” began at the Leavesden Studios outside of London, where Harry Potter and Batman were filmed for Warner Bros.

What is the title of the sequel to Meg?

The title of the sequel to The Meg is Meg 2: The Trench.

The only information we have about The Meg 2 is its tentative release date, as the film is being kept under wraps. Even though the publication date has been confirmed, the rest of the story has remained a closely guarded secret. We are keeping our fingers crossed that additional information will soon become available. After viewing the film, what are your impressions?

Do Revenge Release Date: Where and When Can You Stream Do Revenge?