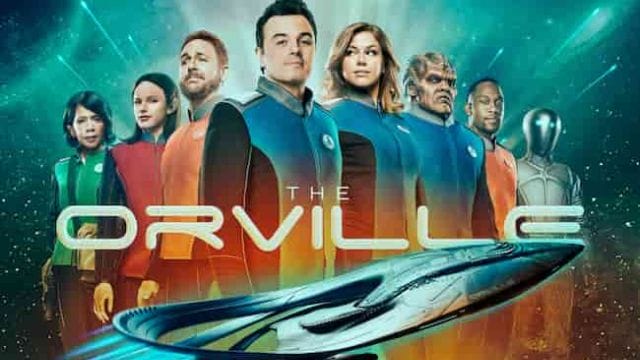 The Orville Season 4 Release Date: Is the Orville on Disney Plus?

‘The Orville,’ a science-fiction comedy series loosely based on the original ‘Star Trek and its sequel ‘Star Trek: The Next Generation,’ follows the crew of the titular starship, the USS Orville.’ The story takes place 400 years in the future and revolves around an exploring ship and the various frightening experiences that the crew faces on their trek across space. The comedy sitcom, created by Seth MacFarlane, first aired on FOX on September 10, 2017.

When it comes to comedy-drama shows, the show has a novel idea that caught most viewers off guard, resulting in low ratings in the first season. Fans of the classic program, on the other hand, were considerably more appreciative of the series’ homage and sarcastic play of ‘Star Trek,’ perhaps because they found it nostalgic with a tinge of humor.

Fans are already asking if they will be able to watch the fourth season now that the third is complete. So, here’s all you need to know about the show’s possible fourth season!

Season 3 of ‘The Orville’ started on Hulu on June 2, 2022, with the season finale airing on August 4, 2022. The third season of the science-fiction show consists of ten episodes, each lasting approximately 60 minutes.

Here’s all we know about the fourth season of the show so far. Although neither the network nor the show’s creators have confirmed it, it appears like the comedy-drama has reached the end of its third season.

Seth MacFarlane, the series creator and one of the protagonists, as well as other cast members, was freed from their contracts in August 2021. Most of them have since gone on to new projects. 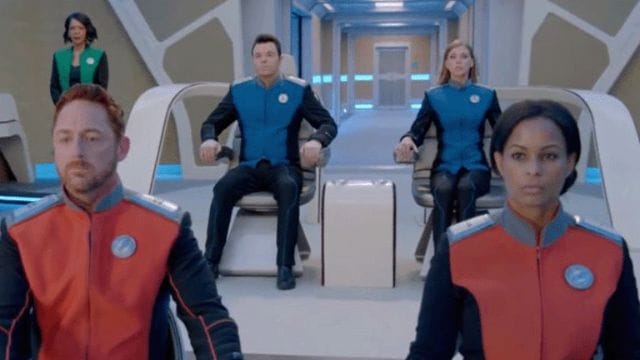 MacFarlane is poised to reprise his voice role as the eponymous character in the animated series ‘Ted,’ which is based on his film franchise. Not only that, but another ‘Orville’ cast member, Scott Grimes, has been cast as a series regular, bringing him back together with MacFarlane.

This means that reuniting the entire ensemble would be difficult if the program were to return for a fourth season.

Although there are no plans for the fourth season of ‘The Orville,’ and all indicators lead to the show’s demise, sources claim that season 3 was not written with a definitive conclusion in mind. As a result, if and when MacFarlane wishes to revisit the series in the future, there is potential for it to return.

Taking all of these variables into account, and with the hope that the program would be continued in the future, we can anticipate the release of ‘The Orville’ season 4 in 2024.

J. Lee (Lieutenant Commander John LaMarr), Anne Winters (Charly Burke), Victor Garber (Fleet Admiral Halsey), Chad Coleman (Klyden), BJ Tanner (Marcus Finn), and Kai Wener are among the cast members who are likely to return if the show is recommissioned (Ty Finn). Furthermore, there may be some new cast additions to keep the plot interesting. As a result, we may see a few new faces in the upcoming season 4.

The crew of the USS Orville has been shown in prior seasons exploring different parts of the galaxy, discovering uncharted territory, and engaging in risky adventures. So, if the show is renewed for a fourth season, we don’t expect anything different. Captain Ed Mercer is likely to remain in command of the Orville as he and his crew embark on fresh adventures in a different section of the galaxy.

Is the Orville on Disney Plus?

In most regions, the first and second seasons of “The Orville” are accessible to watch on Hulu and Disney+, with bundles starting at $6.99 per month in the United States.

Minjee Lee Net Worth: Who Won Ladies Us Open?