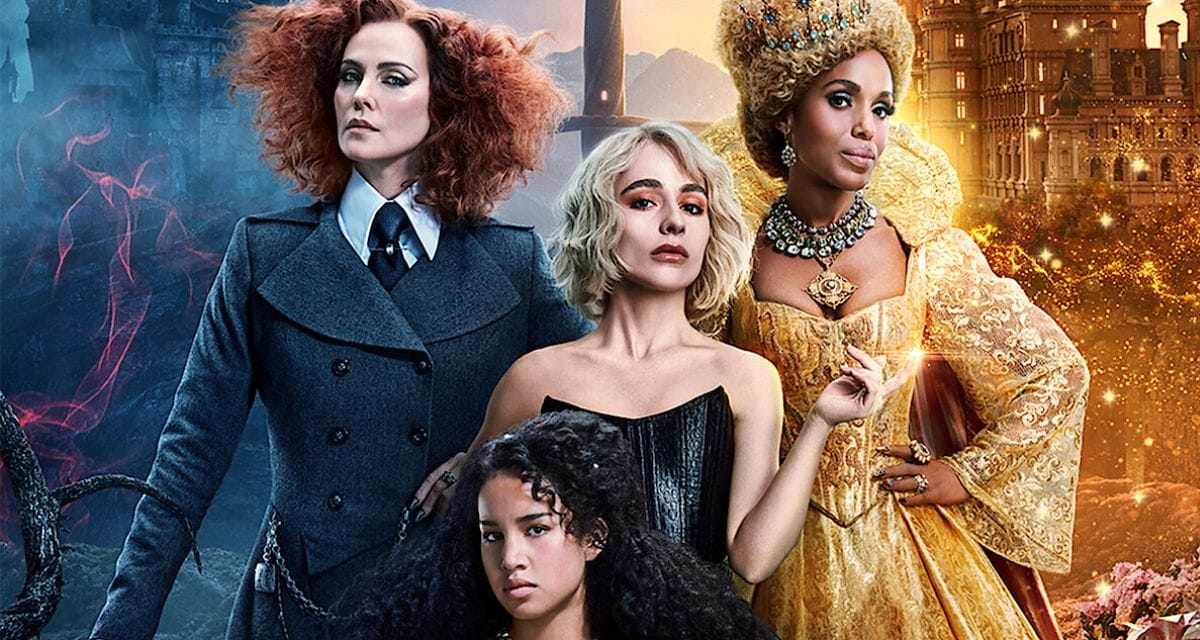 The School for Good and Evil’ Review: The Star-Studded “Harry Potter” Series on Netflix Most of the Fraud’s Courses Fail

Fairy tales are often straightforward and vivid bits of folklore that convey clear moral lessons through the power of narrative. Paul Feig’s “The School for Good and Evil” is an essential “Harry Potter” recast with princesses, fairies, and random literary characters from the public domain, maybe the most aggressively complicated YA film I’ve ever seen. In the world of “Miss Peregrine’s Home for Peculiar Children” and “Mortal Instruments,” this is essential to “The Big Sleep.”

Whereas that noir classic teased timeless electricity from confusion as Bogie and Bacall smoldered across mid-century Los Angeles in luminous black-and-white, this Netflix boondoggle conjures a 148-minute migraine from blood magic as a pair of teenage best friends wince their way through an epic YA novel’s worth of flat lighting, arcane plot twists, and cheesy set pieces soundtracked to the likes of Olivia Rodrigo (“Brutal” Charlize Theron’s Mad Hatter cosplay and Michelle Yeoh’s cameo as a professor of smiling may not be enough to attract a larger audience to this terribly hackneyed tale of friendship.

In reality, “The School for Good and Evil’s” premise isn’t particularly difficult to explain, but the film is so devoted to the “we’re not in Kansas anymore” perspective of its dual protagonists — and the flimsy meta-concept of its source material — that it takes forever to establish the story’s most obvious hook:

There exists, somewhere in the folds of once upon a time, a magical academy where students are trained to become heroes and villains worthy of generating the type of fairy tales that would be cherished for decades.

Naturally, these tales are written in (and by?) a sentient book narrated by Cate Blanchett as Lydia Tár. Instead of muggles, non-magical commoners are referred to as “Readers.” And invitations to the School for Good and Wicked appear to be selected solely by Laurence Fishburne, who classifies his students into good “Evers” and evil “Nevers” before they even arrive on school. 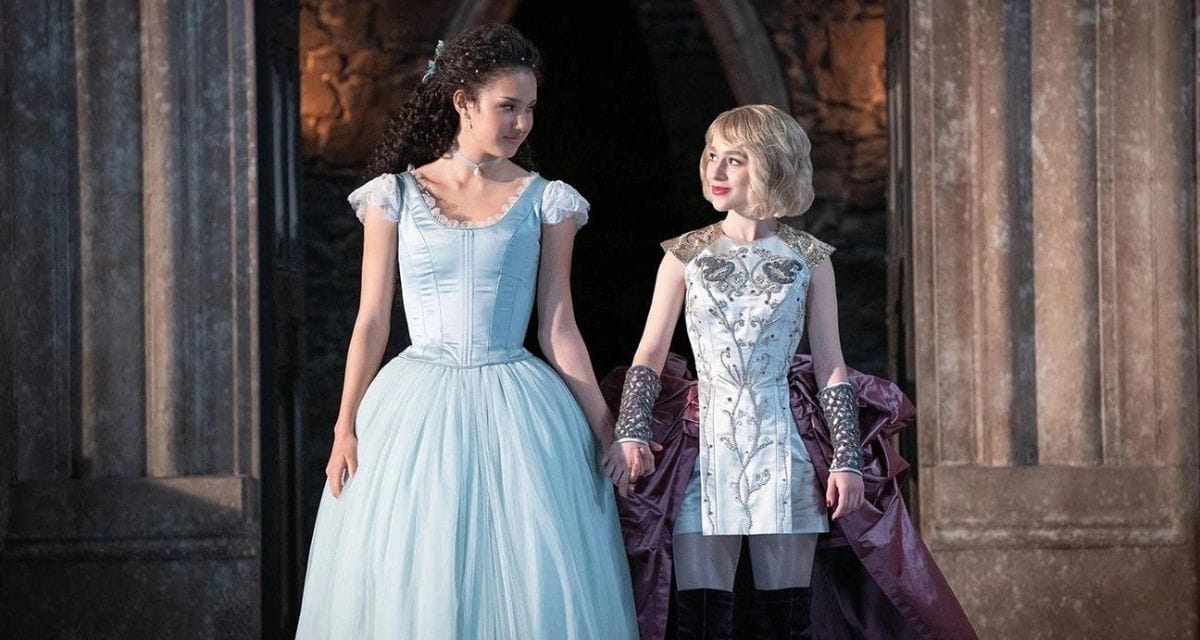 This sounds obvious, but Feig’s hideously bloated adaptation of Chainani’s franchise-launcher — a very lengthy novel, it turns out! — tries to explain it. The young heroines of “The School for Good and Evil” are introduced following an overblown prologue that may drive many casual viewers to abandon the film before the opening credits.

Sophie, portrayed by the tenacious Sophia Anne Caruso (fresh off her role in the stage adaptation of “Beetlejuice” and still radiating that Broadway gleam), is a tiny blonde who aspires to be a princess and matches the snow-white model that Western society has reserved for the role since long before Walt Disney.

Unfortunately, Sophie’s cruel stepmother treats her with contempt, while her widower father (Rob Delaney, who must have had a larger role at one point) is relegated to a single line of ADR. Even in this idyllically varied fairy tale universe, Agatha (a warm and effortlessly regal Sofia Wylie) is ridiculed for being a witch, which feels like code for something else.

Agatha gets lost in the shuffle because she is the most steady and restrained character in a film that weaves rival “chosen one” stories into a story that is otherwise as subtle and logical as a later season of “Riverdale.” Agatha’s friendship with Sophie is merely sketched in passing before the girls are snatched away to the School for Good and Evil and placed in the “wrong” schools: Agatha in the Good school and Sophie in the Evil school.

This may appear to be a routine clerical blunder, but nothing is simple at a school charged for maintaining the moral equilibrium of the entire universe. At the nice school, Agatha learns how to be a beautiful princess from an amusingly crazy Kerry Washington, whose peppy but frenzied portrayal evokes how a host could operate at a Disneyland version of Westworld. She meets a nerdy Prince Charming, whose surname is “Charming” and whose father is a king, and she flirts with King Arthur’s handsome son, Tedros (Jamie Flatters), who demonstrates that individuals are more than meets the eye.

The majority of the time, Agatha stands around and seems legitimately bewildered by the absurdity surrounding her. She appears to share my perplexity over the goal or progression of these plastic setpieces, as Feig and David Magee’s clunky and uncommonly laugh-free writing merely stacks incident atop incident with no sense of mystery or purpose.

“The School for Good and Evil” is too serious about its world and its relationship to ours for the details to be entertaining. 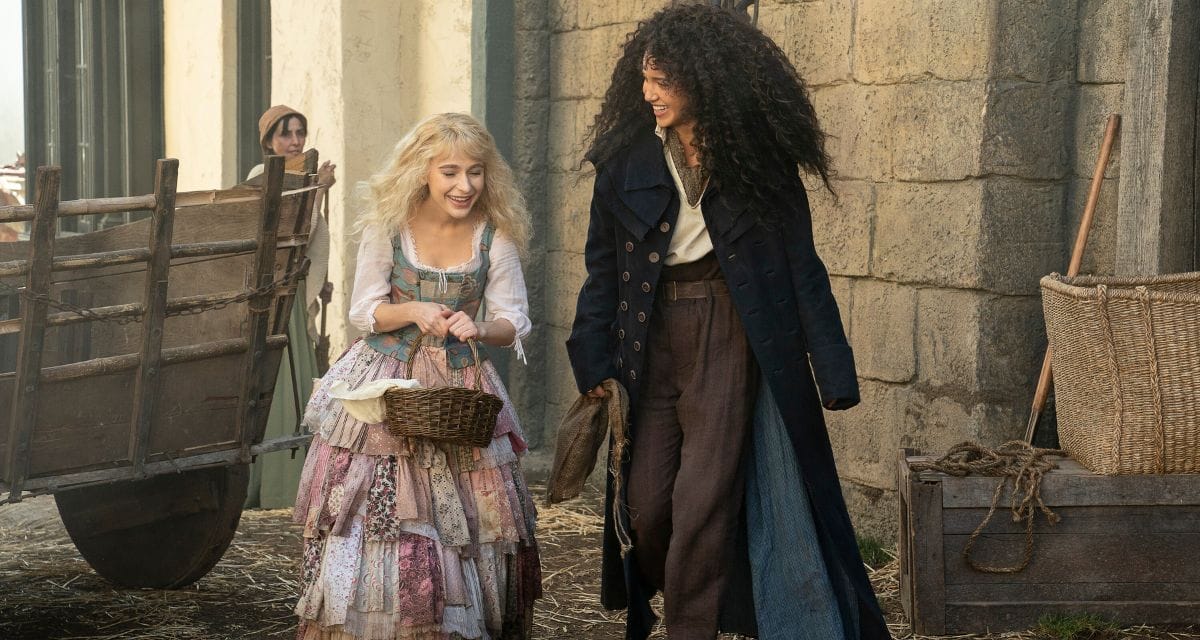 As the wannabe Cinderella is gradually lured by the dark side, the only continuous narrative arc of the film concerns Sophie’s abrupt journey from princess-in-training to witch. “The School for Good and Evil” is frequently too dense and chaotic for any of its messages to penetrate — both of its heroines have so many barely written friends — but the scene in which Theron’s sadistic Lady Lesso lops off Sophie’s hair because the girl’s beauty is ostensibly masking her inner evil has an unusual sting. Sophie releases a darkness she didn’t realize she possessed when she accepts the position she’s been handed, and that darkness thrives without Agatha to ground her.

Obviously, beauty is in the eye of the beholder, and in such a horrible film world, ugliness is relative. “The School for Good and Evil” is not as visually offensive as the late-period Tim Burton films that appear to have inspired it — they share a producer, Joe Roth — but its bright colors and grotesque CGI wizardry contribute to the film’s overall tactlessness.

A few of the spectacular effects are salvaged by ingenious animatronics or sheer imagination, while Reneé Kalfus’ wacky clothes leap out the screen (Charlize Theron’s outfit resembles the unholy offspring of Carrot Top and Miss Trunchbull). Examples of the latter include a sequence that plays on “The Girl with the Dragon Tattoo” to gruesome new ends, its cartoon violence emblematic of a film that frequently goes for the jugular when “Harry Potter” may have settled for a happy ending.

If “The School for Good and Evil” told a story that established the interaction between students and readers in a meaningful way, perhaps more viewers might like watching it.