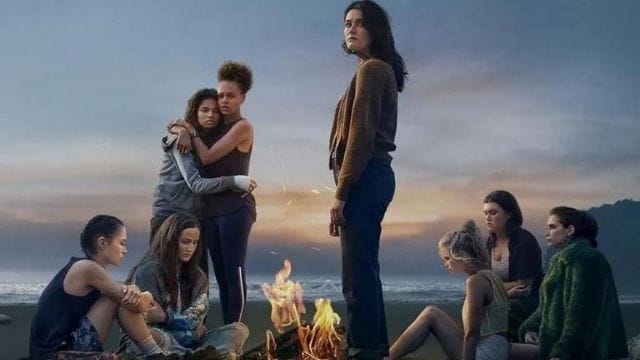 It has been 17 months since the first season of The Wilds premiered on Amazon Prime Video in December 2020, but the teen drama is finally coming to our screens. After almost two years of patience, it’s reasonable to say that fans are eager to begin the next season as soon as it becomes available. What do we know about season 2 of The Wilds, and when will the new episodes be released?

When Was the Wilds Season 2 Announced?

On December 19, 2020, the announcement was made on Instagram, with several cast members participating in a video that teases: “Should we let them know? I’m not sure if they’re prepared… Not having heard the news. I believe we should inform them. Are you sure? Together? Okay… Three, two, and one. We’re returning for Season 2.”

The second season of The Wilds is slated to premiere globally on May 6, 2022. The season will be available exclusively on Amazon Prime Video, and the streaming service will release new movies and episodes at midnight GMT (Greenwich Mean Time).

Season 2 of The Wilds will be released on the same timetable, however, the release date and hour will vary per area due to the time difference. Here are the premiere dates for the new season in the following regions:

What does Will happen in the Wilds Season 2?

The plot summary for series 1 reads: “After an aircraft catastrophe leaves them stranded on an uninhabited island, a diverse group of teenage girls must struggle for survival. As they learn more about each other, the secrets they hide, and the traumas they have all faced, the castaway’s clash and bond. The only twist in this fascinating tale is that these girls did not get on this island by chance.”

At the end of the first season of ‘Dawn of Eden,’ Leah realizes that the girls aren’t the only “stranded” youths being observed, exiting her room to find a monitoring area with screens displaying a bunch of boys. The title of a file on the desk is “The Twilight of Adam.” OMG. Next season, this must be the main event, right?

A lot to unpack from this but most importantly that SEASON 2 IS WRAPPED ✨✨ pic.twitter.com/SLAHaG1h8n

Who Will Star in the Wilds Season 2

In addition, Deadline revealed on 13 May 2021 that there will be an entirely new cast. Zack Calderon, Aidan Laprete, Nicholas Coombe, Charles Alexander, Miles Gutierrez-Riley, Reed Shannon, Tanner Ray Rook, and Alex Fitzalan will supposedly form “The Twilight Of Adam” Their characters (in order of appearance):

two of our best girls pic.twitter.com/w0yHg2PSX7

How Many Episodes Are in Season 2?

Season 2 of The Wilds will consist of a total of eight episodes.

The second season of The Wilds has eight chapters, two fewer than the first season, which included ten chapters.

To make up for this, all eight new episodes will be released simultaneously on May 6, allowing fans to watch the new season at their own pace.

According to IMDb, the titles of the next batch of episodes are as follows, with the numbers indicating which day of the experiment the girls and boys are on, respectively.

Is There a Trailer for the Wilds Season 2?

How to Watch the Wilds Season 2

ExpressVPN is the finest virtual private network (VPN) after evaluating a large number of providers. It satisfies the VPN requirements of the large majority of customers, providing exceptional compatibility with the vast majority of devices and excellent connection speeds. It is also reasonably priced at $12.95 per month. (Subscriptions for six months or a year cut the price even further.)

What Have Fans Said About the Wilds Season 2?

Fans of The Wilds are ecstatic about the release of a second season, and they cannot stop discussing it on social media. “Amazon, CANCEL SEASON 2 of #TheWilds IMMEDIATELY!!! I watched the first season a week ago, and I’m about to do it again “a guy stated.

Another user remarked, “ALL I WANT RN IS SEASON 2 OF THE WILDS,” while a third stated, “There are 45 days left in 2021, which means we’re getting closer to season 2 of The Wilds.”

Mark Hamill Net Worth: How Much Did Mark Hamill Get Paid for the Rise of Skywalker?