The second season of Too Hot to Handle is currently streaming on Netflix, and Love Island is currently airing on ITV.

New episodes of the dating program, including the finale that reveals the winner of Too Hot to Handle season two, are now available on the streaming service, and everyone wants to know: Are Emily and Cam still together?

Here is everything you need to know about season 2 of Too Hot to Handle, including the cast, rule-breakers, and twists.

In addition, there is a spin-off show hosted by Chloe Veitch from season one, who gave us a summary of Too Hot to Handle and disclosed the rule violations that astonished her the most.

The second season of Too Hot to Handle debuted on Netflix on June 23 at 8:00 a.m.

On June 23, episodes one through four will be made available on the streaming service, followed by episodes five through ten, including the season two finale of Too Hot to Handle, on June 30. See our Too Hot To Handle release schedule for more information.

In January, Netflix announced that Too Hot To Handle would return for a second season.

Too Hot to Handle Season 2 Contestants

Included in the starting lineup are ten filthy singles who are in for a rude awakening when they hear Lana’s guidelines.

In the first season of Netflix’s Too Hot to Handle, the ensemble searched for love in a beach villa in an attempt to win the $100,000 jackpot on the condition that there be no sexual activity.

Throughout the season’s eight episodes, we witnessed the participants struggle with the challenge, with some achieving success and others failing terribly. As a result of deductions made to the prize pool whenever the rules are disobeyed, the total amount fell to $50,000 at one point (mostly due to Harry and Francesca), but they were given the chance to win it back.

Only two strong couples — Francesca and Harry, and Rhonda and Sharron – departed the retreat together, which is not unexpected given that both cost their fellow candidates the most money.

The season also saw the late arrival of four new singles, including Bryce Hirschberg, Lydia Clyma, Madison Wyborny, and Kori Sampson; however, the latter two were evicted from the retreat along with the troublemaker Haley Cureton. Matthew ‘Jesus’ Smith left the competition willingly after trying to find love but being content with his development on the show in episode six. 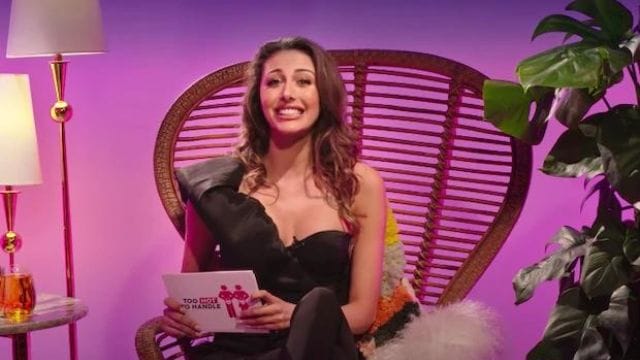 What Is Too Hot to Handle Spin-off Show Extra Hot?

If you can’t get enough of THTH, you’re in luck, as the reality series will have a companion show this year.

Too Hot To Handle: Extra Hot will be presented by season one contestant and The Circle star Chloe Veitch, with new episodes debuting every Friday on Netflix UK YouTube beginning June 18.

In each episode, Chloe will discuss the drama of season two with Nicole O’Brien and David Birtwistle, before interviewing the stars of the future series to get “the inside scoop on what went down in the villa and what occurred after they left.”

Where Is Too Hot to Handle Filmed?

A brand-new site is being utilized to film the second season of Too Hot to Handle. Wednesday, May 19th, Netflix confirmed the news in a clip as they announced the show’s return date.

The new villa where the second season of Too Hot to Handle is filmed was revealed on June 14 and is located in Turks and Caicos.

The first season was shot on a private estate in Mexico. The commitment-averse couple spent four weeks at the secluded Casa Tau in the Punta Mita region of the South American nation, which is flanked by more than nine miles of Pacific Ocean beaches.

Too Hot to Handle Trailer

The second season’s official trailer has been revealed, and it appears that viewers are in for a real treat.

How Many Episodes of Too Hot to Handle Are There?

Season two of Too Hot to Handle includes ten episodes.

See also  Dead to Me (Tv series) Season 3 : Release Date Has Been Announced, as Well as a Trailer

The reunion episode will premiere on YouTube on Monday, July 5.