Who is Upasana Kamineni? All the Things You Need to Know Today!

Upasana Kamineni Konidela (married name) was born in Hyderabad on Thursday, 20 July 1989 (age 30 as of 2019). Her astrological sign is Cancer. She graduated from Regent’s University, London, with a degree in International Business Marketing & Management.

Shobana Kamineni, Upasana Kamineni’s mother, is the President of the Confederation of Indian Industry and the Executive Vice-Chairperson of Apollo Hospitals. Anil Kamineni, her father, is the founder of KEI Group (a diversified logistics, leisure & infrastructure business). She has a brother and a sister named Puansh and Anushpala Kamineni, respectively.

She is the daughter-in-law of South Indian superstar actor Chiranjeevi. 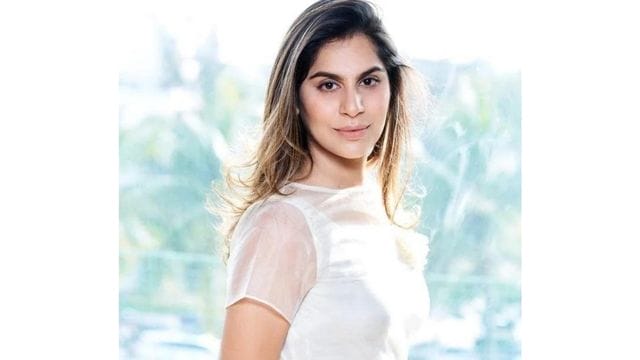 She is the founder of URLife, the Vice-Chairperson of Corporate Social Responsibility at Apollo Hospitals, and the Managing Director of Family Health Plan Insurance TPA Ltd. Upasana is the Vice Chairman of the Apollo Foundation, an organisation that diagnoses, treats, and educates individuals in need of medical treatment. She is also the Vice-Chairperson of Apollo life, a health and wellness website that gives information on health, wellbeing, and physical fitness.

She is the owner and editor-in-chief of the health and wellness publication B Positive.

Upasana Kamineni Konidela, a next-generation entrepreneur, well-being curator, sustainability activist, animal-conservationist, and distinguished philanthropist from the Apollo Hospitals Family, believes in creating socialistic, sustainable businesses that have a meaningful impact on society as a whole while also giving back.

The Apollo Hospitals Group is the driving force behind numerous pioneering therapeutic programmes in India, two of which are The Apollo Foundation and URLife. The former is committed to discovering, diagnosing, treating, and educating individuals in need of medical care. On the other hand, URLife aims to boost productivity and manage the well-being of Urban India and the Indian workforce.

Upasana founded URLife using herself and her company as a model. Her primary objective is to incorporate the greatest wellness practices from around the world to boost the productivity of Corporate India. Upasana is certain that the world can #HEALINDIA by investigating the knowledge of alternative medicine and healing.

Currently, life has the most Occupational Health Centres in the nation. life has been hailed for its extraordinary achievements in the wellness industry and has collected accolades, including the 2017 Economic Times Retail Icon & Realty Award.

A decade ago, Upasana Kamineni Konidela conceived the renowned BPositive magazine. During the epidemic, she decided to go digital to rescue the earth and reach a larger audience. The platform has been rebranded as URLife and will progressively expand into an eCommerce product and service provider in the wellness area. life is committed to inspiring you to live your life to the fullest by leveraging technology to promote healthy lifestyle choices!

The Apollo Foundation believes in giving back with respect and compassion, whether it be by caring for forest guards who safeguard our species or by providing sufficient medical treatment to the elderly who have been abandoned. The Apollo Foundation takes great delight in developing The Total Health Initiative, the self-sustaining revolutionary approach conceived by Dr Prathap C. Reddy to enable rural India to remain healthy from conception to the tomb.

Upasana got the 2017 Femina Award for Recognition in Healthcare. She holds a degree in International Business Marketing & Management from Regents University, London, and a passion for health & wellbeing. She was also honoured in 2018 by Forbes as one of the Tycoons of Tomorrow. Additionally, Upasana received the 2019 Dadasaheb Phalke Excellence Award for Philanthropist of the Year.

She believes that Technology should be used as a powerful instrument to cure the planet, and she has voiced her opinion on numerous forums and venues, including The Sages & Scientists Conference in Beverly Hills, California. She presented at the AIMA – 41st National Management Convention on the subject of “Changing Times: Reinventing the India Story” and at the India Today Conclave South on the subject of “The Next Generation: Banking on the Youth.” Additionally, Upasana is a member of the YPO Hyderabad chapter and CII – Telangana. Her weight loss and mental health beliefs have made her an influential figure on practically all digital channels.

Upasana and her husband Ram Charan (Actor, Producer) are well-known as South India’s young inspirational leaders. Their interests include physical fitness, mindful well-being, and the conservation of animals. Upasana Kamineni Konidela is a philanthropist and entrepreneur from the Apollo Hospitals family in India. She believes in establishing socially responsible businesses with a profound and lasting impact. Her philanthropic and entrepreneurial endeavours reflect her family’s history of healing and community infrastructure development. life is centred on the concept of urban wellness and productivity, whereas the Apollo Foundation is based on the model of womb-to-tomb care developed by Dr Prathap C. Reddy, founder and chairman of Apollo Hospitals.

Upasana Kamineni Konidela believes in establishing socially responsible businesses with a profound, lasting impact. She is an Indian entrepreneur and philanthropist descended from the Apollo Hospitals dynasty.

Upasana’s professional life reflects her personality, her values, and her way of life. She believes that the globe can #HealInIndia and that #TransformURLife is achievable.

Today, URLife has the largest number of occupational health centres in India, as well as forays into the food and fitness industries, whilst Apollo Foundation operates in urban, rural, and tribal contexts across the country. Kindness is the foundation of her philosophy: towards herself, her family, her neighbourhood, and the global audience she addresses through her social media presence. This promotes respect and compassion in her job and the communities she influences.

While her education at Regents University, United Kingdom, and Harvard University, United States, has equipped her with business management abilities, she derives her motivation from working with people, particularly those who may lack the chances and access to fulfil their full potential.

She has enlarged the Apollo Foundation’s mission to include the rehabilitation of indigenous people due to her concern for the environment. WWF has nominated her for the positions of Ambassador of Forest Department Heroes and Ambassador of Philanthropy for Andhra Pradesh and Telangana.

In 2017, Upasana was awarded the Femina Award for Recognition in Healthcare. In 2018, Forbes identified her as one of the Tycoons of Tomorrow and honoured her. The Dadasaheb Phalke Excellence Award for Philanthropist of the Year was bestowed upon her in 2019. She was also named one of GQ’s Heroes 2021 for her leadership in the struggle against Covid-19.

She believes that technology should be used as a powerful instrument to cure the globe, and she has voiced her opinion at numerous forums, including The Sages & Scientists Conference in Beverly Hills and the India Today Conclave South.

She is also a member of the Telangana chapter of YPO and the CII.

Upasana, a world traveller, and her actor-producer husband Ram Charan are recognised in South India as youthful inspirational leaders.

In 2016, rumours circulated that she and Ram Charan were separating. Later, during an interview, Upasana dispelled the rumours, stating that she did not care what was written about her and her spouse and that she and her husband loved one another.