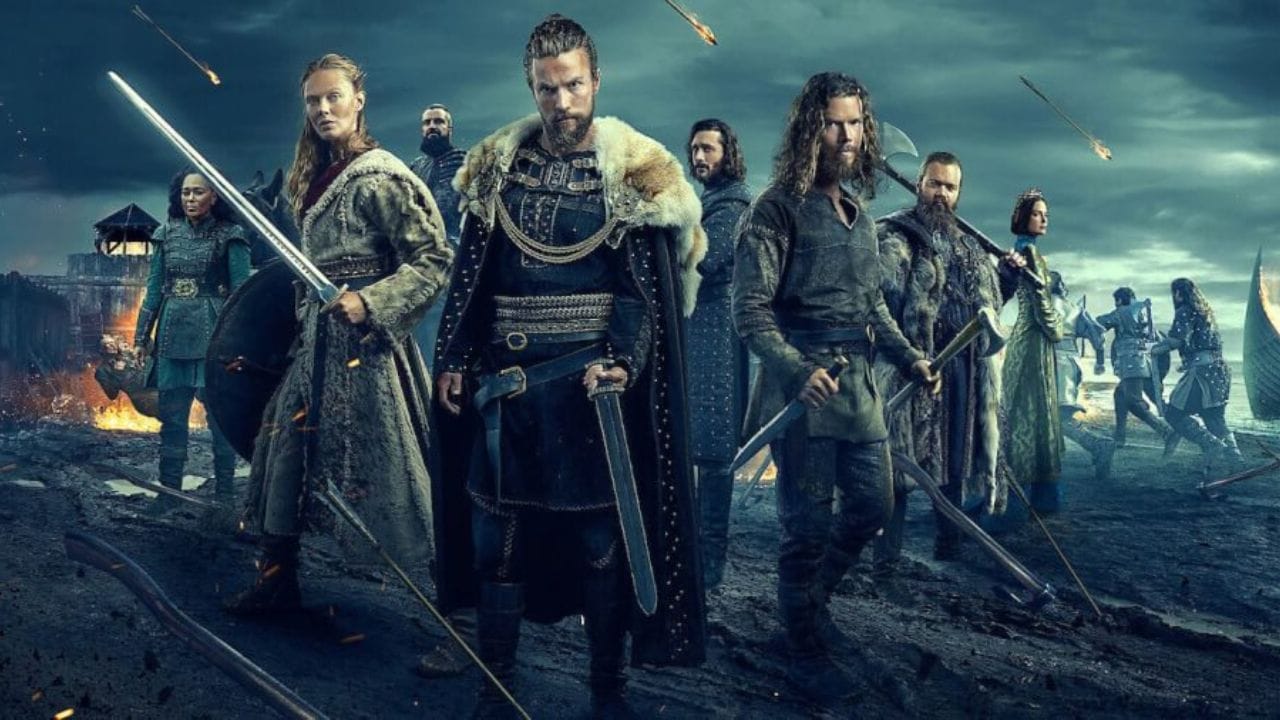 The original Netflix series Vikings: Vahalla, which debuted on February 25, 2022, is a historical drama written by Michael Hirst and produced by MGM Productions. Since the premiere of its first season, which was the second most-watched show at the time (an impressive record), audiences have been eagerly anticipating its second installment.

For those unfamiliar with Vikings: Valhalla, it is a spin-off of the History Channel series Vikings that tells the story of the Great Viking army’s trip to England, headed by the sons of Ragnar Lothbrok to slake their thirst for revenge.

Upon its debut, Rotten Tomatoes gave the series an 89 percent rating. In addition, the series was nominated for a Primetime Emmy award.

If your interest has not already been piqued, please view the Vikings: Valhalla Season 1 trailer here.

Quite historic, eh? If you have already watched the first season, you must be insanely excited about the second. We have the most recent information on its second season. Continue to read more.

Is the 2 Seasons of Vikings: Valhalla Renewed?

Here are some really good tidings for all of you Vikings! The second season of Vikings: Valhalla has been renewed, along with a third season. Netflix officially renewed the series for two additional seasons on March 9, 2022.

According to What’s on Netflix, the early renewal of Vikings: Valhalla’s second and third seasons is due to “the show’s massive upfront order.” The order contained 24 episodes in all.

In addition, Netflix holds the license rights to the original Vikings series, as Netflix UK and Netflix US will obtain seasons 1-6 during the next few years. 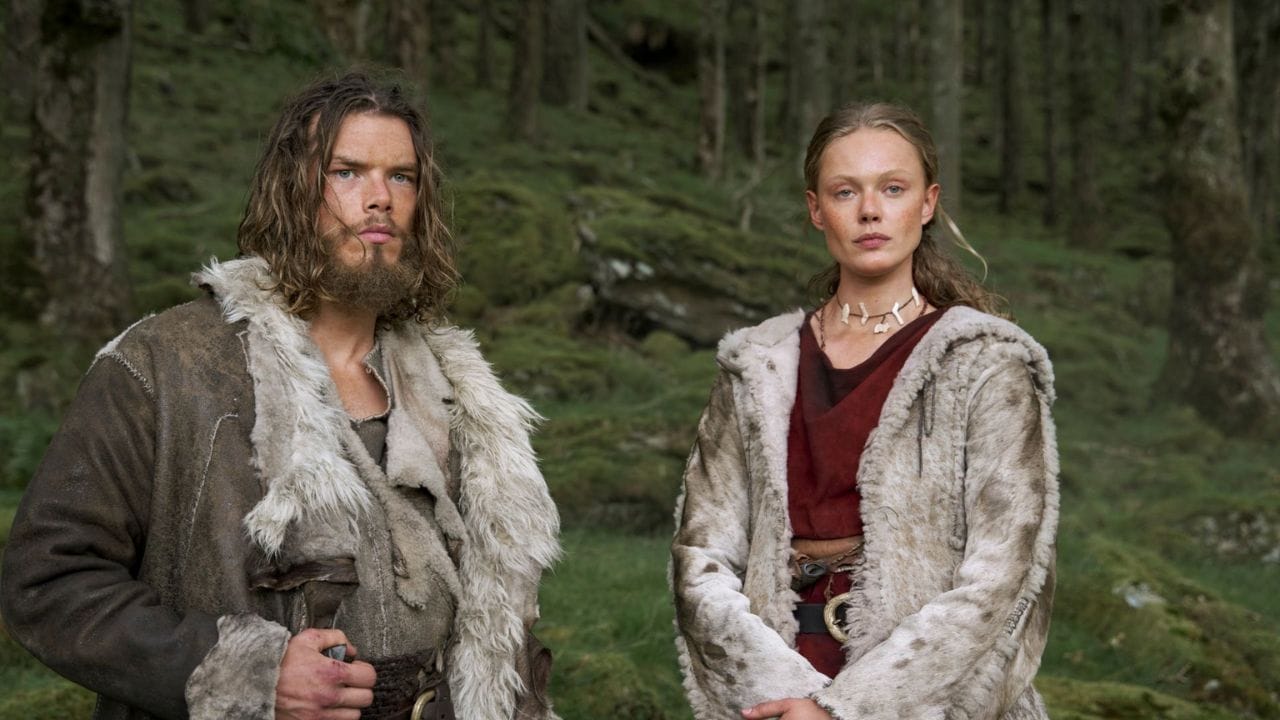 Has Production of the Second Season of Vikings: Valhalla Started?

Season 2 filming has been completed by the directors and actors, who went all out for the second season. The series’ production concluded in November 2021 in Ireland. Jeb Stuart, the screenwriter for Vikings: Valhalla, stated that, at the time of the premiere of season 1, he was “completing the editing of the final episode of season two.”

The production of the third season is currently in full swing. According to Netflix’s official statement, Season 3 production will commence in the spring of 2022. In an interview with Digital Spy, Jeb Stuart added that Season 3 will be “extremely exciting” because the Vikings will be leaving Scandinavia, which we believe will be the season’s focal point.

When will Season 2 of Vikings: Valhalla premiere?

Season 2 of Vikings: Valhalla has nearly completed post-production, although it will not be released until 2023. Netflix has not announced an official release date. Nevertheless, based on the release date of season 1, we may assume that it will launch in early 2023.

Given that we are discussing Vikings’ history, there is a great deal to unpack in season two.

In the concluding episode, Kattegat was in ruins and on fire, with Freyds and Harald observing the burning country.

Leo Suter, who portrays Harald, teased Digital Spy about his character’s future with Freyds and their probable romance.

He informed us, “These are two individuals who are… they have a great deal to discuss and work so well together. But at the same time, great forces and passions are tugging them apart, and as with every loving tale, “it’s so easy in some ways, yet so complex in others.”

However, Leif was seen as eager to seek vengeance, especially after the unexpected loss of his close warrior friend Liv.

In an interview with Newsweek, Jeb Stuart revealed that the Vikings will travel the globe and experience cultures to which they were previously oblivious.

“They were excellent merchants. “Consequently, they traveled to Constantinople, Egypt, and the Middle East,” he explained. “Viking DNA is nearly ubiquitous in that region of Europe. They traveled to the Iberian Peninsula, England, and Ireland.

Therefore, it’s probably safe to assume that my Vikings will board their ships and do some exploring.

Since the news of George Maniakes’ participation, it is safe to infer that at least a portion of the next season will take place in Sicily. 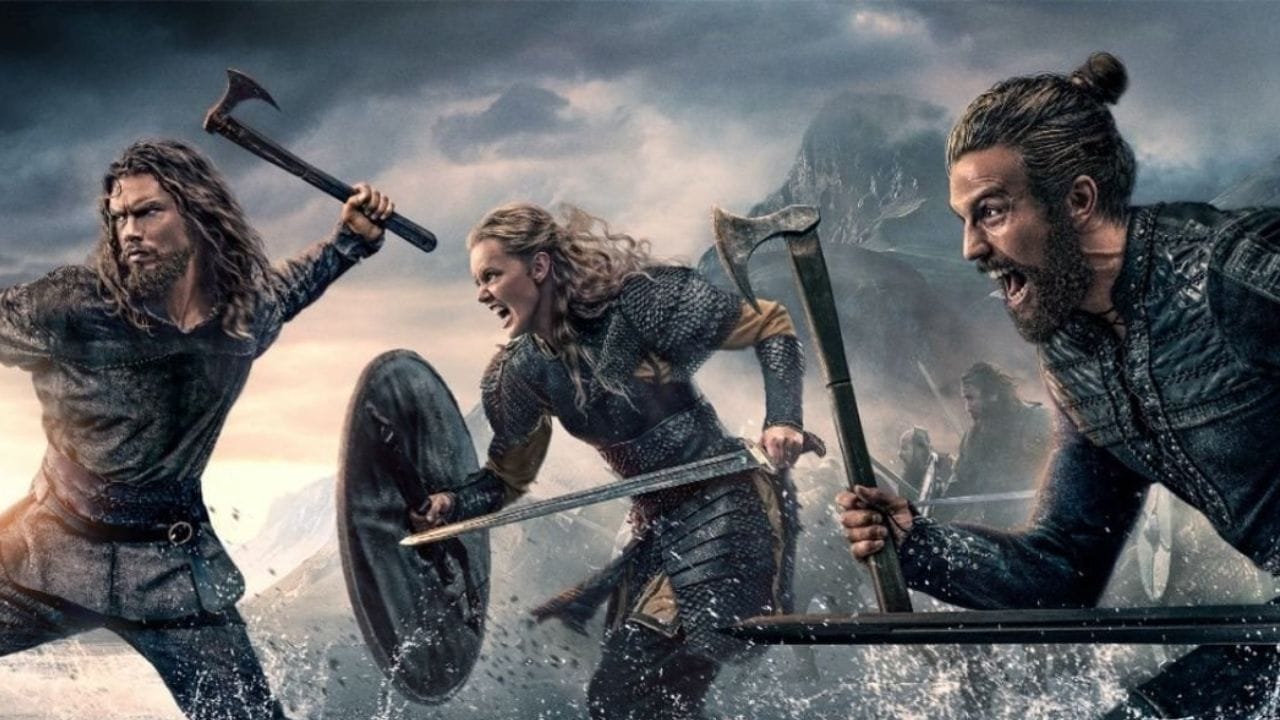 The actor who portrays the power-hungry Olaf, Jóhannes Haukur Jóhannesson, is also expected to return.

Since they both have scores to settle, Soren Pilmark (King Sweyn Forkbeard) and Bradley Freegard (King Canute) will certainly make a comeback as well.

Then, as they travel the world, it is likely that some additional cast members may be added.

Even though Jarl Haakon died in the first season, actress Caroline Henderson has encouraged fans not to dismiss the possibility of her return.

She told Metro.co.uk that she might appear as a ghost or anything. “She is a pagan and her faith is quite strong.

“I believe that depicting it and being a part of that journey was incredible because she knows what will occur.”

In May 2022, Deadline revealed that Florian Munteanu will reprise his role as Byzantine Empire general George Maniakes in the second season of Shang-Chi.

According to folklore, Maniakes was a real person who was “built like a giant.” The Greek leader assisted Harald in recapturing Sicily in 1038. Does that name ring a bell?

Four years later, he revolted against Emperor Constantine after Romanus Sclerus provoked him to action. It appears that the Italy and Sicily portions of his history will play a role in Vikings: Valhalla, however, it is unlikely that we will see this section of his story.

Sorry people! While we are aware that the second season is forthcoming, we do not yet have any trailer videos.

Typically, Netflix broadcasts this a month before the release of the episodes, with teasers preceding it.

Keep checking back, and we’ll fill you in on everything that’s happening as soon as we learn about it.

Check out the fantastic behind-the-scenes filming footage in the meantime. Consider yourself qualified to be a Viking.

What Can the Viewers Expect to See in the Second Season of Vikings: Valhalla?

Vikings: Valhalla has taken several creative liberties in Season 1, but the audience may anticipate seeing some of the main historical events incorporated in Season 2, especially considering the period in which Season 2 is set.

Vikings: Valhalla The second season is anticipated to focus on the life of Leif, who has been blessed with an ocean of sadness as a result of the Greenlander’s trek to the east.

As you may be aware, Leif’s biggest shock was the death of his sweetheart Lif, whose existence saved him from becoming like his terrible father, Erik the Red. Leif, like Achilles in the Iliad, donned a pair of axes without armor and slaughtered the entire gathering of Viking warriors upon her death. Season 2 will explore the effects of Leif’s transformation.

Harald Sigurdson, also known as Harald Harvard, will be the focus of the new season of Vikings: Valhalla. With King Cnut’s staunch support, Harald’s deeds have become indelible, but his future as king remains uncertain. In an interview with The Wrap, the actor Leo Suter stated, “Harald has been treated unfairly.

Not only has he been severely mistreated, but so have his family members. However, he has suffered several grave misfortunes. So, let’s see what occurs throughout Season 2.”

With the aid of his wife and father, King Cnut is poised to seize the throne of Denmark and realize his dream of a Great Northern Empire. However, England was not known for its “Glorious Revolution” until much later; the historical event was not recognized until much later. In season 2, therefore, the audience may anticipate unrelenting ambition to control the acts of the powerful and the destruction it causes.

How Many Episodes Will Comprise Season 2 of Vikings: Valhalla?

There are a total of 24 episodes across three seasons, therefore each season will contain eight episodes. In addition, according to What’s on Netflix, Byzantine Empire general extraordinaire George Maniakes is set to appear in season 3. Florian Munteanu will play his part again.

With such a stellar cast and enthralling plot, it becomes increasingly difficult to wait for the Vikings: Valhalla sequel. Stay tuned for additional updates until then.