The first riveting episode of Welcome to Eden was released on Netflix on May 6, and audiences have been hooked ever since.

The Spanish thriller by Joaquin Górriz and Guillermo López follows a group of youngsters who are invited to an elite party on a paradise island, ostensibly for the debut of a new beverage brand.

Initially appearing to be the trip of a lifetime, things soon take a turn as the teenagers find that they have been trapped on the secluded island as part of a deadly game with potentially fatal implications.

But are there plans for the story to continue? Here is all you need to know about the second season of Welcome to Eden.

As of May 2022, there was no official word on Welcome to Eden’s future or a prospective second season.

The good news is that, since the first season finished on a cliffhanger, there is a potential that the numerous questions we were left with after the finale may be answered, as this indicates that the creators have plans for more.

If the show were renewed, we’d expect to learn more about what transpired on the island around the same time next year, or in May 2023.

Before deciding whether or not to renew a show, Netflix typically allows it 28 days to generate traffic and a return on investment (though their decisions have been a lot more abrupt and reversible lately). This indicates that there is still ample time for viewers to continue tuning in and the possibility that Netflix will confirm a second season.

If a second season is indeed approved, we anticipate the following to return:

Judith (Ana Mena), Aldo (Albert Baró), Ulises (Alex Pastrana), David (Jason Fernández), and Claudia (Berta Vazquez) all perished in season one, therefore it’s unlikely that they will return in season two unless they appear in a flashback or make a shocking return.

After all, we are in paradise. Anything is possible.

Zoa and Charly attempted to flee the island while using the entrance of recruits as a diversion in the suspenseful season one finale as rebellions developed and recruits arrived. Just like Zoa and her crew, the new kids had no idea what they were getting themselves into.

Zoe was apprehended by Ulises, who began to attack her as a form of retribution for attempting to flee just as Charly reached the boat safely. Fortunately, Ibón rushed to Zoa’s aid and ended up killing Ulises during the struggle.

Rattled by the incident, which was utterly out of character for him, it begs the question of how the death of Ulises would impact Ibón in the upcoming season and how this character will be further developed.

Africa discovered a secret area filled with technology in Astrid and Erick’s residence, and after touching a button on one of the panels, she activated a satellite that sent a signal into space. The doors were locked and the alarms began to sound, locking Africa inside the room.

The first season concluded with the most surprising twist after a run of shocking discoveries and tension.

Just as Zoa was about to board the boat that would transport her to freedom, she spotted her sister Gabi making her way toward the island. It appears that Gabi is now one of the island’s newest inhabitants, after having witnessed her struggle throughout the season to determine what had happened to her sister. 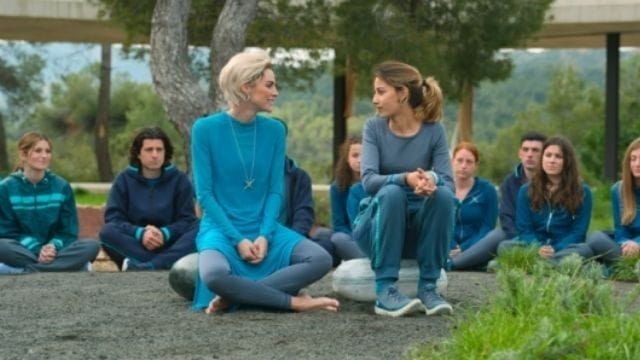 Will Zoa embark on the ship, or will she return to save her sister? What is the meaning of the signal transmitted into space? Will Africa be apprehended and punished? Moreover, what is the actual nature of the Eden Foundation?

Hopefully, season three will provide all of these answers.

Since no renewal has been confirmed, there is currently no trailer. If the second season is approved, we can anticipate the teaser one month before the launch.

We pledge to keep you informed.

In the interim, you may view the trailer for season one or binge-watch the series again on Netflix until we can provide additional information.

How Many Episodes of Season 2 of See Are Out?

The film “Welcome to Eden” is currently available for streaming on Netflix.

In America, Where Can I View Welcome to Eden?