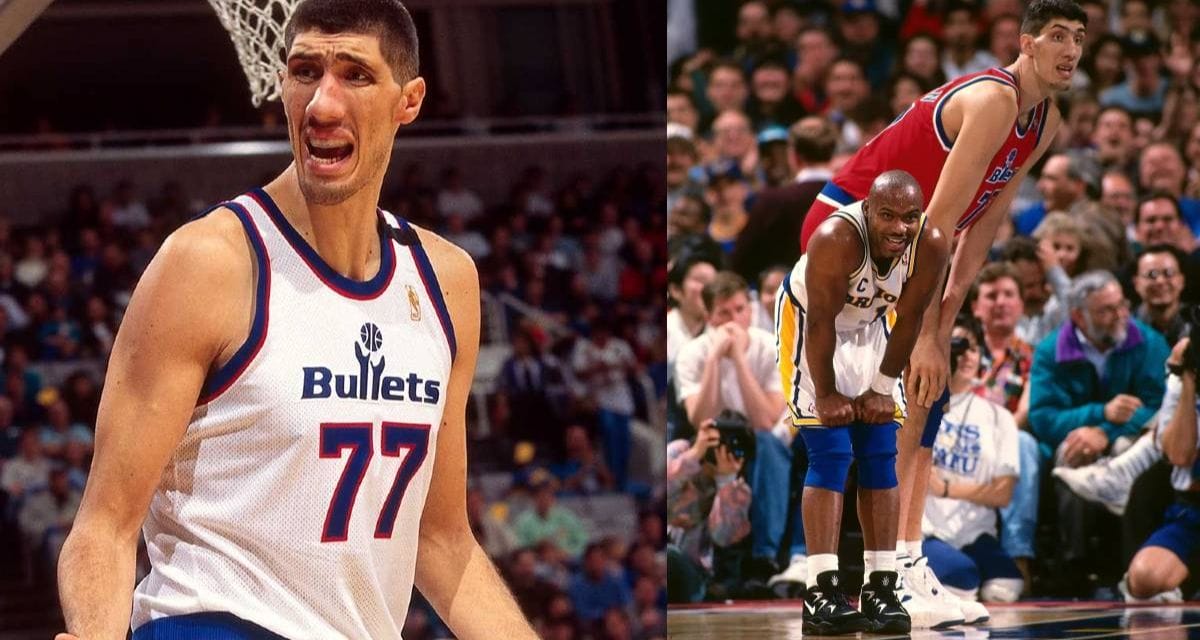 Despite the prevalence of small-ball in the NBA, there is no shortage of big guys. 29 players that appeared in at least one game during the 2021-22 season measured 7 feet or taller, according to NBA.com.

Once again, Tacko Fall topped the list at 7-foot-6, making him one of the tallest NBA players in history. Boban Marjanovic and Kristaps Porzingis, both 7-foot-3, were not far behind him.

There are a few superstars on the list of the NBA’s tallest players, but the majority of them are role players.

Five-time All-StarJoelEmbiid, who is exactly 7 feet tall, has finished second in MVP voting each of the past two seasons. Rudy Gobert, who is an inch taller than Joel Embiid, is among the most accomplished defenders in NBA history, with three Defensive Player of the Year titles.

As he is registered at 6-foot-11, two-time MVP Nikola Jokic narrowly missed the cut.

Who Are the Tallest NBA Players?

Boban Marjanovic and Kristaps Porzingis are now the tallest players in the NBA’s database at 7-foot-3, with Tacko Fall playing in the CBA this season. There are then three players listed at 7-foot-2 in height.

Aleksej Pokusevski of the Thunder is the NBA’s lightest 7-footer at 190 pounds.

The list that follows is compiled from NBA.com. It does not include the NBA Draft class of 2022.

Tallest Players in the NBA

Sling TV will broadcast the most important NBA games of the 2022-23 season to fans in the United States. Stream Sling Orange or Blue for $35 per month, or pay $50 per month for both. Currently, receive 50% off your first month, plus SHOWTIME, STARZ, and EPIX for free.

The 7-foot-tall Tacko Fall may be the standard-bearer for modern giants, but he is not the tallest player in the history of the league. This distinction is shared by Manute Bol and Gheorghe Muresan, who are both recorded at 7 feet 7 inches tall.

According to Basketball-Reference.com, thirteen NBA players were at least 7 feet, 4 inches tall.