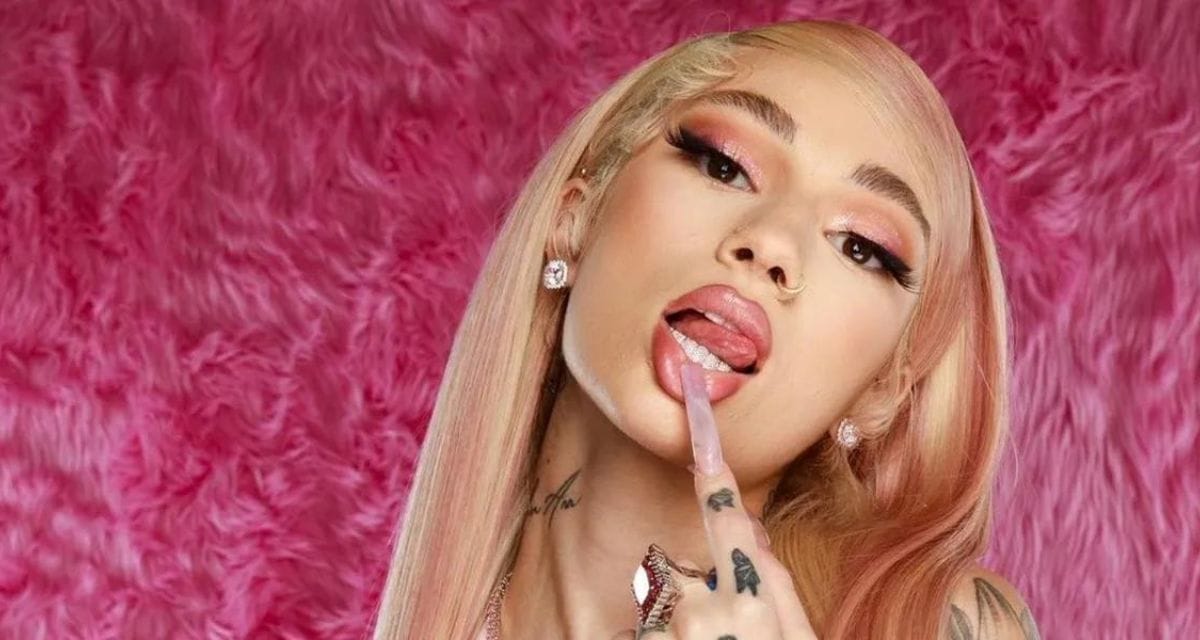 Danielle Bregoli, also known as Bhad Bhabie, is an American rapper and social media celebrity. The net worth of Danielle Bregoli is $20 million. She became a viral sensation in 2016 when she appeared on “Dr. Phil” and used her now-famous catchphrase, “Cash me outside, how bow dah,” which became one of the year’s most popular memes.

She subsequently launched a moderately successful rap career and a highly successful social media career. Danielle has made millions of dollars from paid social endorsements, most notably from the service OnlyFans. According to OnlyFans, Danielle is one of the highest-earning celebrities.

Danielle Peskowitz Bregoli was born on March 23, 2003, in Boynton Beach, Florida. When Barbara became pregnant, her parents Barbara Ann Bregoli and Ira Peskowitz had been dating for a year.

They separated when she was a baby. Her mother has Italian ancestry, while her father is Jewish. She was predominantly reared as a Catholic by her mother. Her father works for the Palm Beach County Sheriff’s Office as a deputy. She has severed ties with him.

According to Bregoli, she dates both men and women. She lived with an ex-girlfriend for a period of time.

In a video posted to Bregoli’s social media in 2020, Bregoli threatened Disney Channel star, Skai Jackson. Skai filed a petition for a restraining order against Bregoli, alleging that the rapper posed a threat to her life. Jackson claims that she is afraid to leave her home alone and has not slept well since Danielle’s threats.

She added that she believes Bregoli to be “mentally unstable.” Jackson presented the judge with text messages from Bregoli in which she allegedly stated she wanted to fight Jackson. The judge granted the restraining order, and Bregoli must maintain a minimum distance of 100 yards from Jackson, her residence, and her place of employment.

She is also prohibited from making any contact with Jackson. The controversy reportedly involves a boy, the rapper NBA YoungBoy. 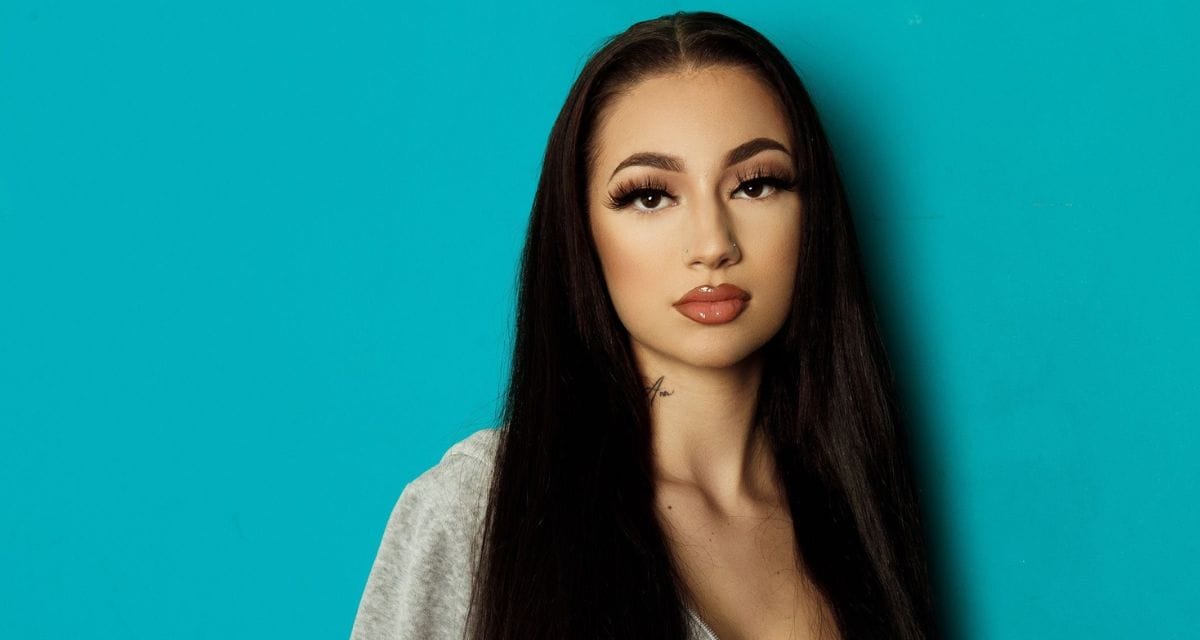 In 2016, she rose to fame after appearing on the television program “Dr. Phil.” Bregoli gained the nickname “Cash Me Outside Girl” after appearing on the “Dr. Phil” program “I Want To Give Up My Car-Stealing, Knife-Waving, Twerking 13-Year-Old Daughter Who Tried To Frame Me For a Crime.” She immediately developed a social media following and participated in Kodak Black’s music video for “Everything 1K.” Her catchphrase was nominated in the “Trending” category at the 2017 MTV Movie & TV Awards.

After her appearance on “Dr. Phil,” she underwent rehabilitation at a Utah ranch for disturbed adolescents. She was later arrested for grand theft, possession of marijuana, and submitting a fake police report. In July 2017, she pled guilty and was sentenced to five years of probation. She engaged a new attorney and renegotiated the terms, and in March 2018 she was released from probation.

Bregoli released her debut single “These Heaux” in 2017 and debuted on the Billboard Hot 100 as the youngest female rapper ever. She earned a contract with Atlantic Records. She also has a reality television program, a makeup line, concert tours, and a singing career.

Bregoli has made the most of her popularity, capitalizing on every chance that presents itself. As of this writing, she has 17 million Instagram followers, 568,000 Twitter followers, and 7.4 million YouTube subscribers. She is compensated significantly for sponsored posts and product placements on Instagram.

Her early paid appearances were for Fit Tea and Postmates. And the placement was successful. Her Fit Tea video had over 12 million views. Danielle Bregoli can easily earn up to $300,000 per month from product advertisements and up to $100,000 per post.

The agreement will pay Danielle $350,000 upfront and two additional $350,000 installments based on the achievement of predetermined revenue milestones. It is essentially an advance of $1 million on future royalties. Additionally, she will receive 70% of future record sales proceeds.

As evidenced by her May 2018 appearance at the Rolling Loud Music Festival, Bregoli reportedly charges up to $40,000 for meet-and-greet sessions in addition to product placements.

She was paid $40,000 to appear at the festival, and the festival’s owner also threw Bregoli’s 14th birthday party at the venue. Danielle also received a portion of the ticket sales. According to Danielle’s agency, it costs approximately $30,000 to book her for an event in the United States and $40,000 for an international event.

She made approximately $1 million from her 25-city tour.

Danielle signed a contract with Snapchat in December 2018 to produce a reality series for the social network. The first 24 hours of “Bringing Up Bhabie” on Snapchat attracted 10 million unique viewers. There are 12 episodes in total.

In January of 2019, Danielle was paid $900,000 to endorse CopyCat Beauty cosmetics for six months. She will also receive a portion of the company’s earnings.

Danielle’s contract entitles her to a substantial bonus and the opportunity to launch her own makeup line if the endorsement is successful.

According to reports, Bregoli will act in films and on television.

In April 2021, shortly after her eighteenth birthday, Danielle joined the subscription platform OnlyFans. She soon shared a screenshot of her earnings report that allegedly revealed she made $1 million in six hours on the racy platform. The earnings reportedly “shattered” the previous one-day record set by actress Bella Thorne for OnlyFans.

Danielle claimed in an August 2021 interview with Variety that her OnlyFans income alone had made her wealthy enough to pay $4 million in cash for a mansion and retire comfortably for life.

In April 2022, a month after it was confirmed that Danielle had paid $6 million for a mansion outside of Boca Raton, she revealed in an interview with TMZ that she had already earned $50 MILLION from OnlyFans after only ONE YEAR on the platform.

After receiving a great deal of skepticism about her claim, Danielle presented the receipts. Literally. She posted the following screenshot of her OnlyFans earnings statement to Instagram on April 25, 2022.

Danielle Bregoli earned approximately $53 million from OnlyFans between April 1, 2021, and April 25, 2022, as evidenced by this statement, which appears genuine. After the platform’s cut, her pre-tax net income was $42 million. She earned $16 million from subscriptions, $25 million from messages, and $160,000 in tips, based on public records.

How She Rose to Fame

Danielle rose to fame after appearing on the American talk show Dr. Phil at the age of 13 in 2016. She gave a famous interview in which she quipped, “Cash me outside, how about dat?”

It rapidly became one of the most popular internet memes and catchphrases of all time. However, Bhad Bhabie revealed to TMZ this week that she no longer wishes to be identified as the girl in the video.

“Call me the youngest female of the decade to achieve platinum status, or something like that,” she said, urging people to focus on her accomplishments rather than that one viral video.