Who is Christian in After We Fell? Things You Need to Know!

On Monday, January 17, We Fell was added to Netflix’s catalog of movies and television shows. Fans cannot wait to discover how all the characters are connected.

The fact that both Christian Vance and Hardin Scott served in the military seemed to have intrigued admirers. We investigate the peculiar connection between them.

Who is Christian Vance to Hardin Scott?

Christian Vance initially appears in After We Collided, the second installment of the After film series, when Tessa begins interning at his publishing company, Vance Publishing.

Tessa is offered a position at the company’s Seattle headquarters in the most recent film, After We Fell, which was released in 2017. Tessa ultimately accepts the role and moves in with Vance and his wife Kimberley.

Hardin is also said to know Vance due to the fact that his parents have known Vance since college. However, Hardin’s bond with Vance goes far deeper than that, as the film’s conclusion reveals when Vance is revealed to be Hardin’s biological father. 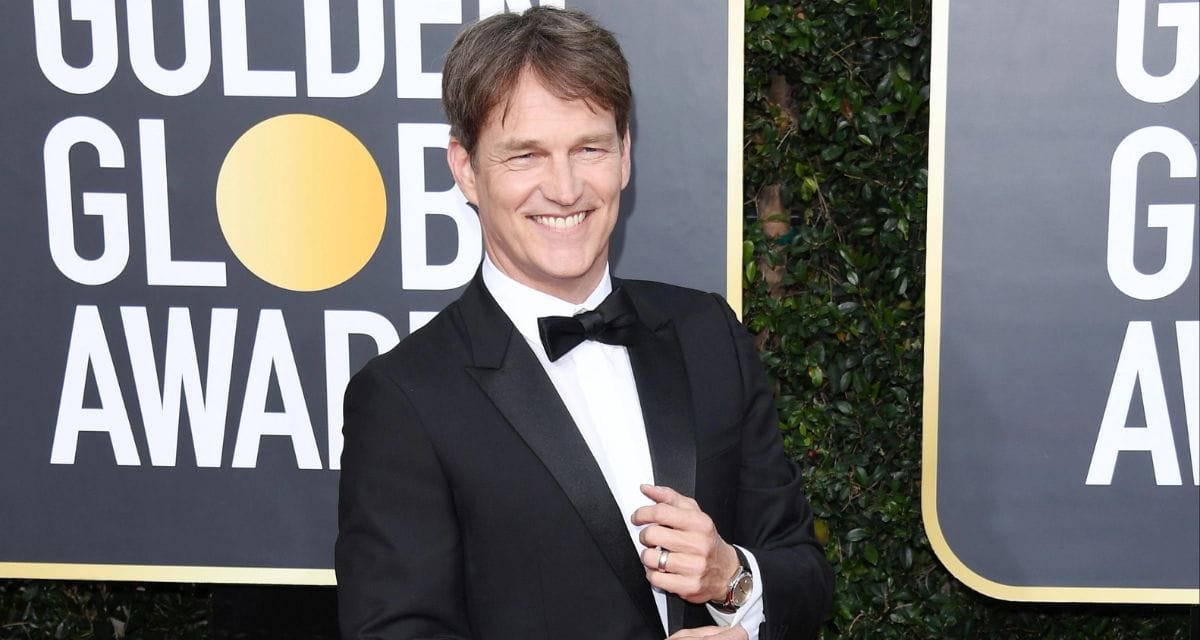 Hardin Didn’t Know Who His Father Was

Until the end of After We Fell, when the truth about Vance’s father was revealed, Hardin’s father was believed to be Ken Scott.

Hardin’s mother, Trish, and his now-divorced father, Ken, were married while he was a child, but they later separated.

The current chancellor of Washington Central University is Ken. Karen, his second wife, is the mother of Landon, with whom he is now the stepfather.

In the After Movies, Who Plays Christian Vance?

Stephen Moyer portrays Christian Vance in the motion picture After We Fell. But before Charlie Weber, someone else performed the role. Vance was one of the few characters who had to be replaced for the third film as a result of the coronavirus pandemic-related modifications.

Stephen Moyer, who portrays Bill Compton on the hit vampire television series True Blood, is the most recent actor to perform the part. His most well-known films were The Double (2011), Priest (2011), and Quills (2011). (2000).

People may recognize Charlie Weber as Frank Delfino from the television series How to Get Away with Murder, in which he portrayed a different role. He has also appeared on popular television programs such as 90210, Buffy the Vampire Slayer, and Charmed.

Plot Summary: After We Fell

Hardin is disappointed that Tessa’s drunken father has returned to her life and is living with her and Hardin. Tessa is preparing to relocate to Seattle for her new work as a publisher, but she has opted to keep this information a secret.

When Hardin discovers that she is going, they have the first major argument and make-up sex session in the film. Prepare for at least three more of these to arrive.

READ ALSO Who is Josha Stradowski? Everything You Need to Know!
Tessa relocates to Seattle and lives with her married coworkers Kimberly (now portrayed by Arielle Kebbel) and Christian Vance (now played by Stephen Moyer). We learn that Kimberly and Vance are expecting a child.

Since Kimberly and Vance were portrayed by different actors in the previous film, “After We Collided,” this scene may be confusing to some viewers. Due to the COVID-19 pandemic, the filming location had to be relocated, and the original cast was unable to return.

Hardin wants to ask Tessa to the wedding, but he is concerned about what she will think of him when she learns about his origin. Tessa discovers in an odd side narrative that she may be unable to bear children.

Hardin is convinced by Vance to invite Tessa to his mother’s wedding, so he does so. Start the montage of English travel! It appears that everything is going fine… Vance and his mother have sex the night before his mother’s wedding until Hardin walks in on them. Uh oh!

What Does the Ending of After We Fell Mean?

Hardin is extremely enraged at his mother and Vance, and he is also extremely depressed. The wedding goes off without a hitch, but Kimberly is furious with Vance for cheating on her.

Hardin agrees to get a drink with Vance after the wedding so that he may explain what happened when Tessa gently prods him. Are you prepared for this storyline twist?

It turns out that Vance’s mother and Hardin’s mother had been sexually involved for a considerable amount of time. So long, in fact, that Hardin’s biological father is revealed to be Christian Vance. Dun dun dun! Hardin is devastated by this news. When Tessa discovers him crying in the street, she and he embrace, and the film ends.

Who is a Christian according to Hardin?

Anna Todd created the character Christian Vance for her After series. He is the biological father of the male protagonist Hardin Scott. Christian is portrayed in the After films by Charlie Weber and Stephen Moyer.

It turns out that Vance’s mother and Hardin’s mother had been sexually involved for a considerable amount of time. So long, in fact, that Hardin’s biological father is revealed to be Christian Vance.

Christian and Vance appear in After We Fell; are they the same person?

On January 17, After We Fell was added to Netflix. Fans are attempting to determine how Christian Vance and Hardin Scott are related. Stephen Moyer, who portrays Christian Vance in films, portrayed Hardin in After We Fell. Hardin and Tessa have the first major argument and make-up sex scene in the film. Hardin is disappointed that Tessa’s alcoholic father has returned to her life.

Tessa relocates to Seattle and resides with a married couple, but these characters were portrayed by different actors in the previous film. Anna Todd created the character Christian Vance for her After series.

He is the biological father of the male protagonist Hardin Scott. Christian is portrayed in the After films by Charlie Weber and Stephen Moyer. Arielle Kebbel succeeds Candice King as Kimberly Vance, while Mira Sorvino succeeds Carol Young.

READ ALSO Who is Quandale Dingle? Things You Need To Know!