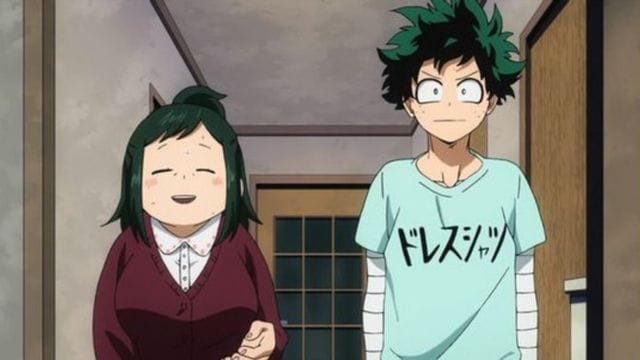 Who is Deku’s Dad Latest Information!

Who is Deku’s Dad? This is a subject we have all pondered as the narrative of the young kid Midoriya Izuku has unfolded. My Hero Academia is a great story about a boy born without a quirk in a world where most people are born with one. Quirks are typically inherited particular abilities. Even though they tend to be inherited, Izuku did not inherit one.

Or did he? Due to recent developments, all that has been presented thus far may have been a deception. This article will explain who Deku’s father is and the information revealed about him. In addition, we will investigate the possibilities of his genuine identity and the underlying motives.

Inko Midoriya, Izuku’s mother, has made multiple appearances throughout My Hero Academia. She has been the one to worry about anytime Izuku has been in danger. In addition, she has attempted to prevent her child from risking his life further. For the sake of Izuku’s dream, he had a father figure in the form of Toshinori Yagi’s “All Might.” He persuaded Inko to allow Izuku to continue his studies and training at UA.

Fans are relieved that Izuku has a positive role model in his life, but what about Deku’s father? What is his opinion of Izuku’s dream? Does he even care? Does he even learn what transpires in his life? According to appearances, he either does not or does not care enough. Despite this, who is he? And where is he currently? 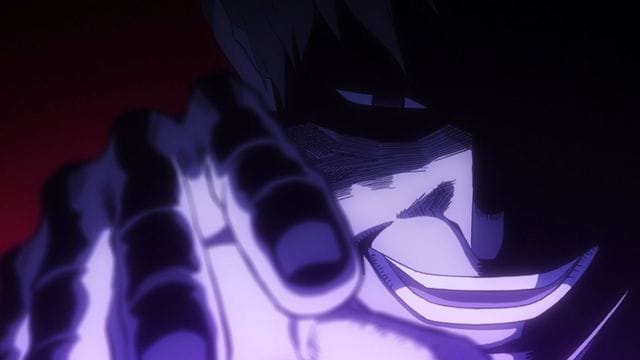 Who is Deku’s Dad?

Hisashi Midoriya had previously been confirmed to be Deku’s father. His name in Kanji means “in the distant past.” This is an allusion to the Japanese term “Hisashiburi.” Hisashiburi signifies “it has been some time” (since I last saw you). The name “Hisashi” is indicative of Izuku’s father’s impending absence from the plot and his life.

It is remarkable how many shounen anime characters are fatherless. These include Goku, Naruto, and Gon, among others. However, these dads who are revealed later in the narrative are by no means inconsequential. Bardock was a Saiyan scientist who rebelled against Freeza and was Goku’s father. Minato Namikaze, the Fourth Hokage, was Naruto’s father. In the case of Gon, the majority of the plot revolves around his search for his father, Ging Freecs.

Therefore, it is quite unlikely that Izuku’s father will be shown to be an unimportant character in the story. If Hisashi is proved to be a laid-back character, the fans will be outraged. The likelihood of MHA Mangaka Kohei Horikoshi doing something similar is therefore remote.

In addition, he indicated that Hisashi’s identity will soon be revealed in the My Hero Academia manga. As we wait, we can only hope that he brings plot-relevant information. In the unlikely event that he does not, let us hope that Hisashi will serve as a positive role model for Izuku and offer him encouraging words.

Where is Hisashi Midoriya?

It has been reported that Hisashi Midoriya is working overseas. This is revealed when Izuku’s mother, Inko, brings him to Dr. Tsubasa. She discusses her husband’s international employment. However, it does not appear that they are divorced because Inko continues to refer to Hisashi as her husband.

Another hypothesis is that Hisashi abandoned his wife and child shortly after Izuku’s birth. Visiting the doctor to discover their child’s peculiarity appears to be a moment of great significance. The absence of Hisashi, while Izuku was so young, raises suspicions.

In addition, it has been observed that Izuku’s mother, Inko, appears slightly worried whenever he is mentioned. There may be a personal issue inside the family, indicating a larger issue with his absenteeism. There are even suspicions that Hisashi has vanished, but Hisashi’s mother insists he is abroad to save her son’s feelings.

This is possible given that Izuku never contacts his father. In Season 3, when Izuku receives his Hero license, he reveals it to his mother and All Might, but never to his father. The same could be said of Hisashi, who never attempts to contact the family, not even after Izuku was seriously injured.

What is Hisashi Midoriya’s Quirk?

Hisashi Midoriya’s ability to breathe fire is revealed. The strength of his peculiarity has not been disclosed. Furthermore, it is unknown what occupation he holds abroad. If he works as a Hero, there is a good probability that his quirk is comparable to that of Endeavor. While Inko can levitate tiny things, it is insufficient to qualify her for the role of a hero. The peculiarity of fire breathing appears to be extremely complex and restricted to a small number of jobs. 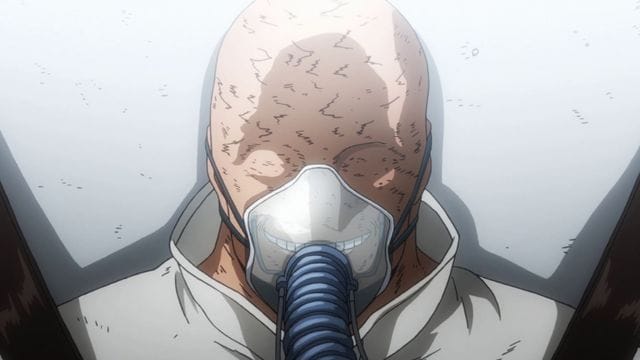 Is Deku’s Dad All for One?

A question that fans had been pondering for quite some time was: Is Deku’s Father an Individualist? Izuku and Inko have been without Hisashi Midoriya for at least eight years, as Izuku was just four years old when they contacted Dr. Tsubasa. Hisashi’s visit to them has not been confirmed, but if he did not, it would raise suspicion.

All For One or Shigaraki has been on the run for a considerable amount of time, stealing as many Quirks as possible. This is a plausible explanation for why Izuku’s father has been absent from his life for so long. Perhaps Hisashi regarded Inko as an opportunity to make his offspring. And may want to return later to convince Izuku to make him Tomura Shigaraki’s successor.

There is also the potential that Hisashi’s or All For One’s current condition prevents them from returning to their families. If you recall, All For One fought All Might five years before their Season 3 matchup. This battle-scarred the face of All For One and brought All Might closer to death. Since then, All For One has been noted for sporting headgear reminiscent of Darth Vader.

Surprisingly, it is well-known that Mangaka Horikoshi is an avid Star Wars enthusiast. This suggests that a father-son reunion for Izuku and All For One similar to that of Darth Vader and Luke Skywalker is likely. Perhaps Izuku lacks a quirk because his genome is comparable to that of Yoichi Shigaraki, the quirkless sibling of All For One.

Are Dr. Tsubasa and Dr. Daruma Ujiko the same?

According to one idea, Deku and the doctors of All For One are the same. The first appearance of Dr. Tsubasa in My Hero Academia resembles that of Dr. Ujiko, the right-hand man of All For One. Observing their cog-shaped glasses, nose, and mustache would prove this. In addition, it was revealed that Dr. Tsubasa had an identity mark in the form of a scuff over his right eyebrow.

This mark is concealed anytime Dr. Ujiko is depicted in the manga. Izuku likely had a latent quirk, but Dr. Tsubasa stripped him of it for All For One. This left Izuku without a quirk, implying that the story about Izuku having a double-jointed pinky was a fabrication. In addition, Dr. Tsubasa and Dr. Ujiko are voiced by the same actor.

Dr. Ujiko’s true name is eventually revealed to be Maruta Shiga. This is a word with a weighty connotation, as Maruta Shiga refers to the victims of experiments conducted during World War II. He served as the CEO of Jaku General Hospital. While he did volunteer his services for a charity concert, the hospital had a locked ward.

This ward is recognized for Nomu’s experiments, which is comparable to his name, which also refers to experiments. This is supported by an idea regarding Bakugo’s old acquaintance Tsubasa. He was Shiga’s grandson. He was a child with an oddity involving wings. Shiga conducted experiments on Tsubasa to produce the avian Nomu. This notion regarding Dr. Shiga simply proves that Deku and his father have stronger toes, likely All For One.

Top 11 The Most Rated Anime

10 Most Least Powerful Characters in Naruto