A lot of new and different characters were added to Dragon Ball Super, which surprised fans because they were so new and different. One of these was Goku Black, who became one of the most surprising characters in the anime as soon as he was introduced.

He looks like Goku, but he is thinner and wears different clothes. This was the most surprising thing. But who is Goku Black?

Goku Black’s real name is Zamasu, and he is a Supreme Kai-in-training. In the timeline of Future Trunks, Goku’s body was stolen by Zamasu, who used it to make himself even stronger. Even in his normal form, Goku Black was stronger than Super Saiyan 2 Trunks, and he could easily put pressure on Super Saiyan 2 Goku.

Dragon Ball Super got a lot more interesting when Goku Black was added. This new character looked like Goku but fought in a different way. Still, because he was in Goku’s body, he was very strong. So, let’s look at what we know about Goku Black and how strong this mysterious character is.

Who is Goku Black?

The Future Trunks Saga is one of the most interesting parts of the Dragon Ball Super anime because it not only brought Future Trunks back into the story but also introduced new characters who ended up being very important to this new part of Goku and his friends’ lives.

Future Trunks had to go back to Goku’s timeline because, of course, his timeline had another problem: a mysterious figure that not even he could defeat.

Trunks was already strong enough to beat the bad Androids in his time, but he couldn’t beat this new enemy. The person we are talking about is called Goku Black. But who is Goku Black?

At first, neither Goku nor Trunks knew who Goku Black was. But we did know that he looked like Goku, except that he was much thinner and wore different clothes. On top of that, even though he has about the same amount of power as Goku, his fighting style is nothing like Goku’s.

But it turned out that Goku Black was really a Supreme Kai apprentice named Zamasu who worked for the Supreme Kai of Universe 10, Gowasu. He was always a genius in terms of his skills, but he wanted more power because he didn’t trust mortals and was angry that the other Kais didn’t do anything about what mortals were doing.

In the future, he used the Super Dragon Balls to wish for Goku’s body so he could get stronger and kill all the gods in the multiverse.

How Powerful is Black Goku?

When he was first shown, Goku Black was shown to be very strong. Zamasu was already the strongest Kai in history, and he could get just as strong as Goku. But when he took over Goku’s body, he got so strong that his base form was stronger than Future Trunks’ Super Saiyan 2.

Future Trunks said that Goku Black’s normal form is at least as strong as his Super Saiyan 3 form.

Goku Black went back to his own timeline to get stronger after fighting Goku in the current timeline. Goku Black was strong enough at this point to put pressure on Super Saiyan Blue Vegeta.

Goku Black got so strong that when he changed into his Super Saiyan Rosé form, he easily beat both Vegeta and Goku when they were in their Super Saiyan Blue forms. He even killed Vegeta with a blade of energy that he made from his own ki.

Goku Has a Heart Condition

The symptoms of Goku’s heart disease weren’t shown until after he got sick. In the world of Dragon Ball, there is no name for this illness. People just call it the “Heart Virus” because it makes them sick and tired.

From what the Dragon Ball Wiki says and the pictures it has, Goku’s heart virus wasn’t anything special. In fact, Future Trunks told the Dragon Ball characters that a heart virus had killed a lot of people in the future. This includes Future Goku, who got the virus before there was a way to get rid of it.

Goku dying of heart disease could be one of the most “inconvenient” ways for him to die in the Dragon Ball universe, since this is a “natural” way to die and cannot be wished away.

Also, Dragon Ball Saiyans often use Senzu Beans to help with their weaknesses and illnesses, but they don’t work against the heart virus. They can’t cure the disease or even slow it down.

Even Saiyans who have Pure Blood can’t stop the Heart Virus. This is especially true when you think about how fast the virus works when you become a Super Saiyan or any level above that. Even though Saiyans have a stronger immune system, the virus will eventually kill them if they don’t get the right Heart Medicine in time. 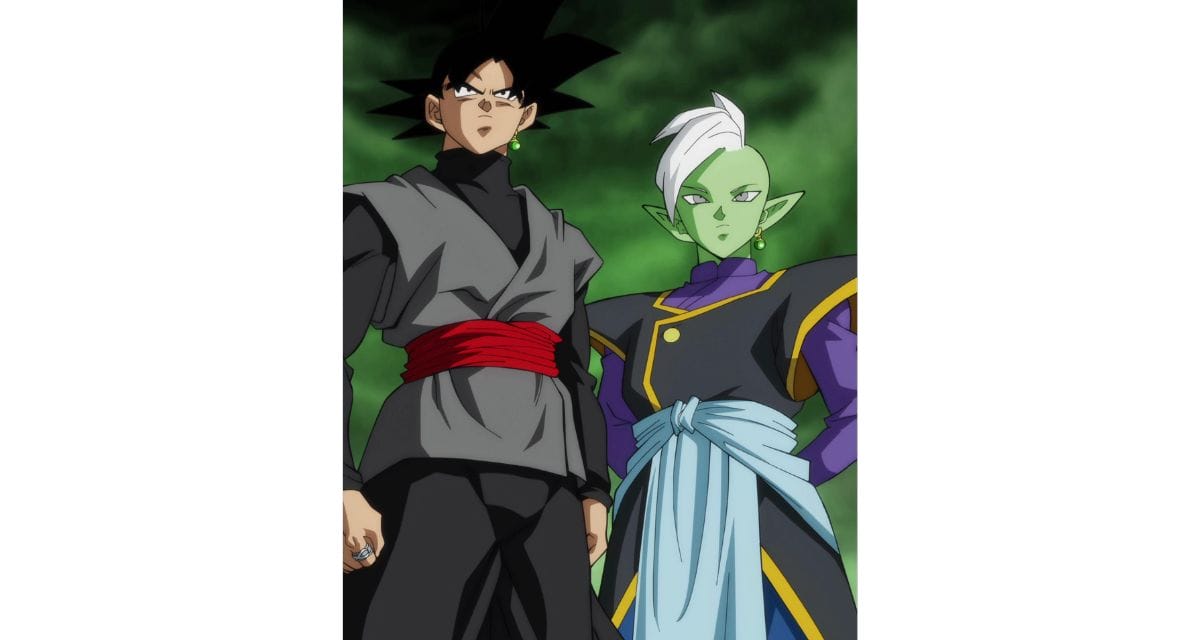 In Dragon Ball, How Did Goku Get the Heart Virus?

The Dragon Ball series has shown how deadly and dangerous the Heart Virus is, and we know that Goku was at least one of the first people to get it. No one has said how Goku got the Heart Virus or how it could have spread to other people on Earth. He might have been the first to understand it.

Fans are still very interested, especially when they think about how many chances Goku had to catch something “from another world.” Here are some of the most common theories about how Goku got the Heart Virus in Dragon Ball’s main timeline.

Is Goku Black is Goku?

He was called “Goku Black” by Future Bulma. This bad guy’s real name is Zamasu, and he is the Supreme Kai of Universe 10’s apprentice. He looks like Goku, wears black, and is evil.

How Does Goku Black Exist?

Zamasu switched bodies with Goku and got stronger by using a wish from Super Shenron. He changed into “Goku Black,” a dark and evil Saiyan warrior, in this form.

Is Black Goku Stronger Than Goku?

Goku is one of the strongest anime characters, but he’s not even his strongest self. Fans and people who make anime shows often think of Goku as the strongest warrior in all of anime.