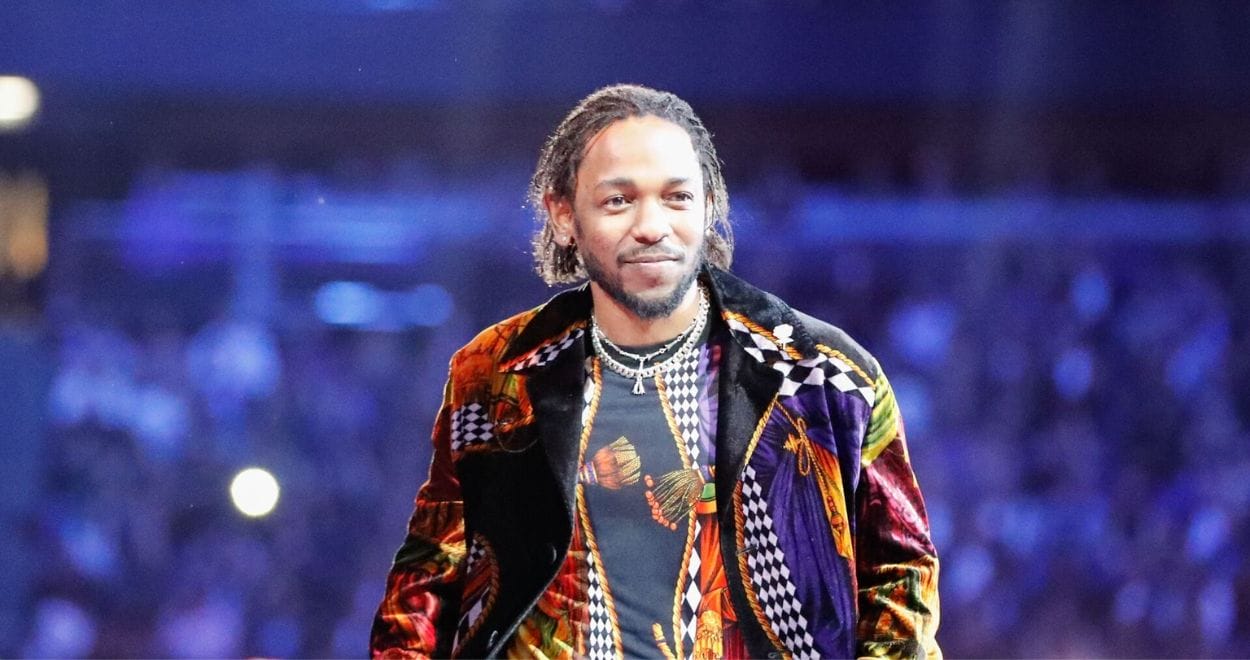 Kendrick Lamar Duckworth, better known as Kendrick Lamar, was born on June 17, 1987, in Compton, California. He was first inspired to start rapping by his heroes, Tupac Shakur and Dr. Dre when he was in elementary school. Since Lamar’s father was deeply involved in gang activity and his mother had issued an ultimatum for them to flee together, they had relocated from the south side of Chicago to Compton three years before Lamar was born.

His mother, a huge fan of The Temptations singer Eddie Kendricks, gave Kendrick the name Kendrick as a first name. Despite his background and his family’s financial hardships, he was a straight-A student at Centennial High School in Compton who often produced award-winning essays and remarkable test scores. 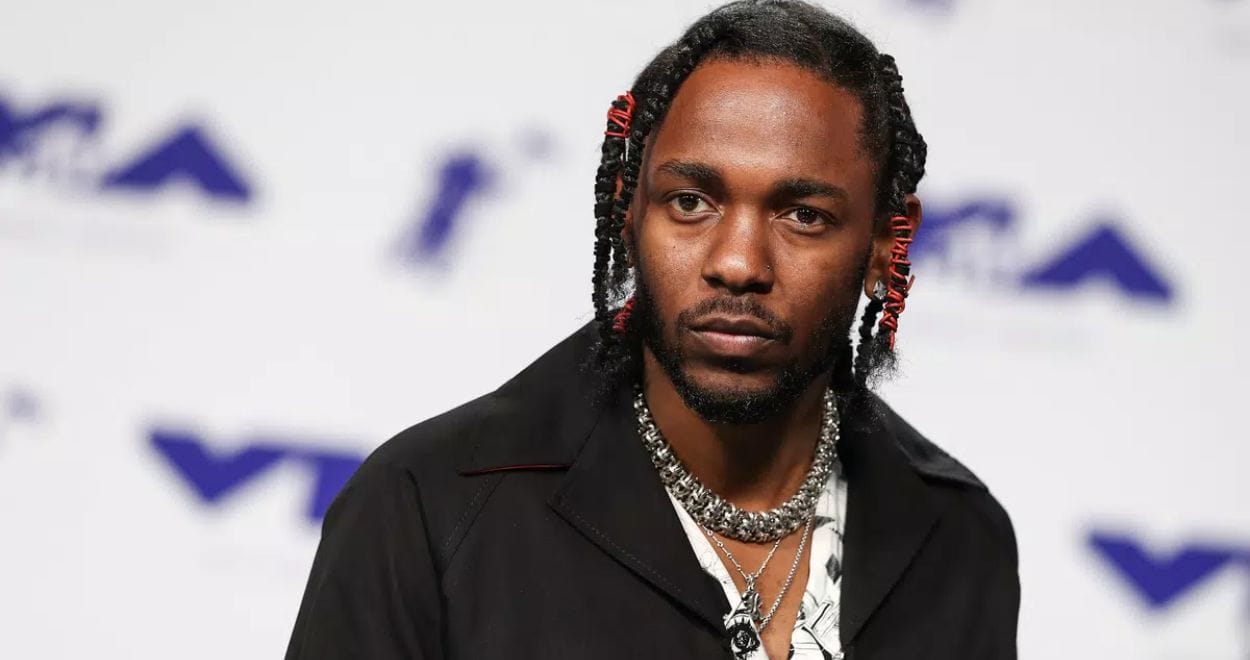 Lamar published his debut mixtape (Youngest Head Nigga in Charge) at age 16 while still in high school, and instantly grabbed the attention of local record labels.

He signed with Top Dawg Entertainment in the early 2000s and subsequently produced another mixtape. 2008 and 2009 brought greater fame, including featuring in a music video for Jay Rock’s “All My Life (in the Ghetto)“, and co-signing with Lil Wayne.

After getting a record deal with Lil Wayne, he dropped the “K. Dot” moniker in favor of Kendrick Lamar. He then made another mixtape and re-issued an older tape under his real name. In 2010 and 2011, he toured widely and published a hit mixtape and an independent album.

It was on October 22, 2012, that his debut studio album, titled “nice kid, m.A.A.d city,” was released by Interscope Records and Aftermath Entertainment. That album went on to sell over 1.1 million copies in the United States alone.

At his first SNL performance, Lamar sang “Swimming Pools (Drank)” and “Poetic Justice,” the first two hits from his album. He also appeared alongside Adam Levine and The Lonely Island in a digital short that was the basis for the tune “YOLO“.

In September 2013, Kanye West announced that Kendrick Lamar would be supporting him on his first solo headlining tour in five years, in promotion of the album “Yeezus.” Eminem’s eighth studio album, “The Marshall Mathers LP 2,” was released the following month, and featured Lamar.

One month after that, in November, he was named Rapper of the Year by GQ magazine. In 2014, Lamar was up for seven Grammys but went home empty-handed despite being nominated for Best New Artist and Album of the Year.

In May 2015, Lamar appeared on a remix of Taylor Swift’s “Bad Blood,” which helped the record reach No. 1 on the Billboard charts and earned them a Grammy Award for Best Music Video and a Video of the Year award from MTV.

Who is Kendrick Lamar Dating?

Since April 2015, Kendrick Lamar and Whitney Alford have been engaged. The rapper and esthetician are high school sweethearts; they met while attending California’s Centennial High School.

After their engagement, Kendrick stated to Billboard, “I wouldn’t even call her my girlfriend; she’s my best friend.” He continued, “I don’t even like the concept that society has assigned to having a companion – she’s someone I can confide in about my anxieties.”

Fans questioned as to whether or not the rapper’s music announcement also served to reveal his and Whitney’s second kid. Neither confirmed that they would welcome another child into their expanding family. One Twitter user stated that Kendrick Lamar and his wife have two children.

Damn, Kendrick’s fourth studio album was released in April of 2017. From that era, Kendrick’s hits include Humble, Loyalty, Love, and DNA. Pray For Me, All the Stars, and King’s Dead are a few of his contributions to the Black Panther soundtrack. Before he participates in the 2022 Super Bowl, Billboard revealed that the famed rapper will release new music.

The musician revealed the creation of his fifth studio album on April 18, 2022. On Friday, May 13, his fifth album, named Mr. Morale & The Big Steppers, will be released everywhere; it will be his first album in five years.

Celebrity Net Worth estimates Kendrick Lamar, an American rapper, to be worth $75 million. To put it simply, he is one of the most famous and well-compensated rappers in the world. He has amassed a fortune of almost $180 million thus far. A staggering $60 million in earnings in 2018 put him among the year’s highest-paid performers. In 2015, Lamar proposed to his longtime girlfriend Whitney Alford. The year 2019 marked the birth of their first child as a couple.
Lemar is a former pot smoker who is now a committed Christian. Lamar said he wouldn’t vote for president in 2012, and he didn’t. On the eve of the election, however, he changed his mind and declared his support for Barack Obama.

Who is Kendrick Lamar?

Kendrick Lamar entered the world on June 17, 1987, in Compton, California, a city revered for its contributions to the rap music genre. You already know that many of the greatest names in rap music hail from Compton, so it goes without saying that the city’s residents played a vital role in Kendrick Lamar’s early musical development.

What is Kendrick Lamar’s Height?

At the age of 16, Lamar released his first mixtape, titled Youngest Head Nigga in Charge. In the early 2000s, he signed with Top Dawg Entertainment and released a second mixtape. He released a successful mixtape and an independent album in 2010 and went on a lengthy tour in 2011. Nice child, m.A.d. city was his first studio album, and it came out on October 22, 2012. To put it simply, Kendrick Lamar is one of the most popular and well-compensated rappers in the industry.

Nearly $180 million is now part of his fortune. He made an incredible $60 million in 2018, putting him in the top tier of 2018’s highest-paid performances. Lamar popped the question to his long-time girlfriend Whitney Alford in 2015.