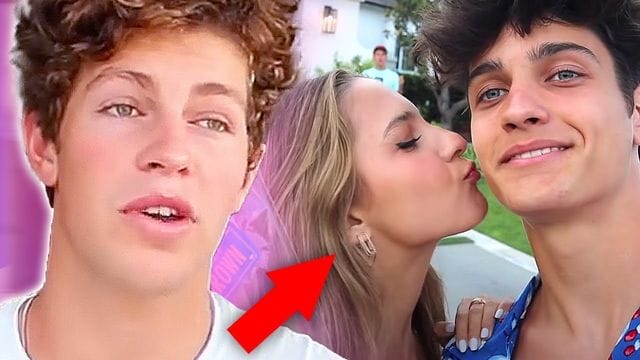 Due to the nature of her occupation, there is nothing about Lexi Rivera that is unknown. The social media celebrity, who has millions of followers on both TikTok and Instagram and over five million subscribers on YouTube, has always been quite forthcoming about her personal life and has frequently featured her family members in her videos. You may also be familiar with her brother, Brent Rivera, who has also created a name for himself online.

She has not kept her followers in the dark regarding dating. In fact, she had been in a public relationship for some time but ended it prior to the start of 2021. Currently, it appears that she may have already moved on… to another content provider. Sounds fascinating!

Lexi Recently Got Out of a Relationship.

Lexi had dated Ben for a couple of years. Ben is also a social media influencer who uploads humorous videos on YouTube and TikTok. In November of 2020, Lexi uploaded a video to her YouTube account titled “We Broke Up,” in which she and Ben discussed their decision to break their relationship. The video has already received over six million views.

After dating on and off since they were 15 and 16 years old, they decided to break up because they both wanted time to become “independent.” In addition, they stated that there were numerous occasions when they questioned whether or not they remained together for the sake of their fans. “I believe the difficulty arose from our desire to make you guys and ourselves happy. But I believe we ultimately did not do both “Ben told the camera: 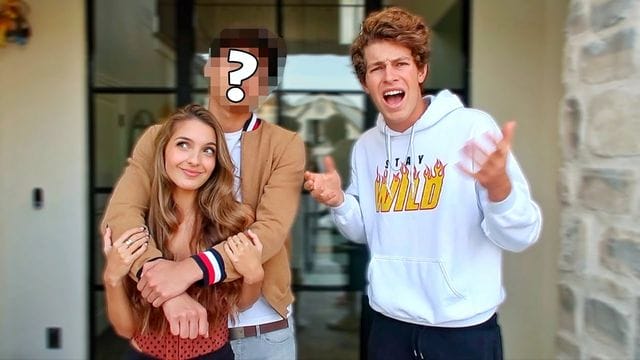 They did remark that they had told each other years ago that they would remain friends no matter what happened to them romantically; however, Ben did say that their breakup did not necessarily mean they would never reunite. It appears that they are living up to that! Ben posted a video entitled “MY EX GOES THROUGH MY PHONE *EXPOSED*” in February 2021, in which he offered Lexi permission to snoop through his phone. In this film, a variety of events occurred. I hope they remain on good terms!

Who is Lexi Rivera Dating?

She does not appear to be in a relationship, however, she may have romantic ties to influencer Andrew Davila. Lexi and Andrew have worked together frequently on films and TikToks over the course of their long friendship. According to his Famous Birthdays profile, he’s twenty years old and from Texas. Approximately five years ago, he grew his following and became an internet personality with over two million Instagram and TikTok followers. He was a member of the YouTube group Sunset Park.

Several factors have led to rumors that they may be dating. Two months ago, Lexi uploaded a video to her YouTube account titled “MY EX MEETS MY NEW BOYFRIEND” in which she duped her ex, Ben Azelart, into believing that she and Andrew were dating. Considering the fact that all three of them are friends, this would certainly be shocking news. However, it must be said that they acted quite credibly! Perhaps it was almost too plausible.

She states at the beginning of the video that the two are just “very good friends,” but they have recently started shooting together on TikTok, leaving fans to wonder if there is something more between them.

She claims that they are merely friends, so that must be all there is to it! But based on these facts, we know it’s something we should keep a close eye on. We’ve witnessed influencers dating within their network numerous times in the past.

What Did Fans Say About Lexi and Andrew?

In the comments area of the clip, Lexi posted of the prank, some fans could not believe she was not actually dating Andrew. One YouTube user commented, “In every video in which she teases Ben by seeming flirtatious or whatever, she always uses Andrew lol.” Someone else said, “‘Lexi and Andrew are only friends, but you never know how love will end,’ oh man, they’re in love!” A third said, “Why do you crush Ben’s heart so frequently? I feel terrible for Ben.”

Who is Lexi Rivera’s Ex, Ben?

Ben Azelart, age 18, is an additional social media influencer. His YouTube channel has approximately 7 million subscribers, and he has over 5.7 million Instagram followers. Reportedly dating intermittently since she was 15 years old, the couple confirmed their breakup via a YouTube video titled We Broke Up. Ben spoke to their fans about their breakup, stating, “I believe what was difficult was that we wanted to make you guys as well as ourselves happy. However, I believe we just did not do both.”