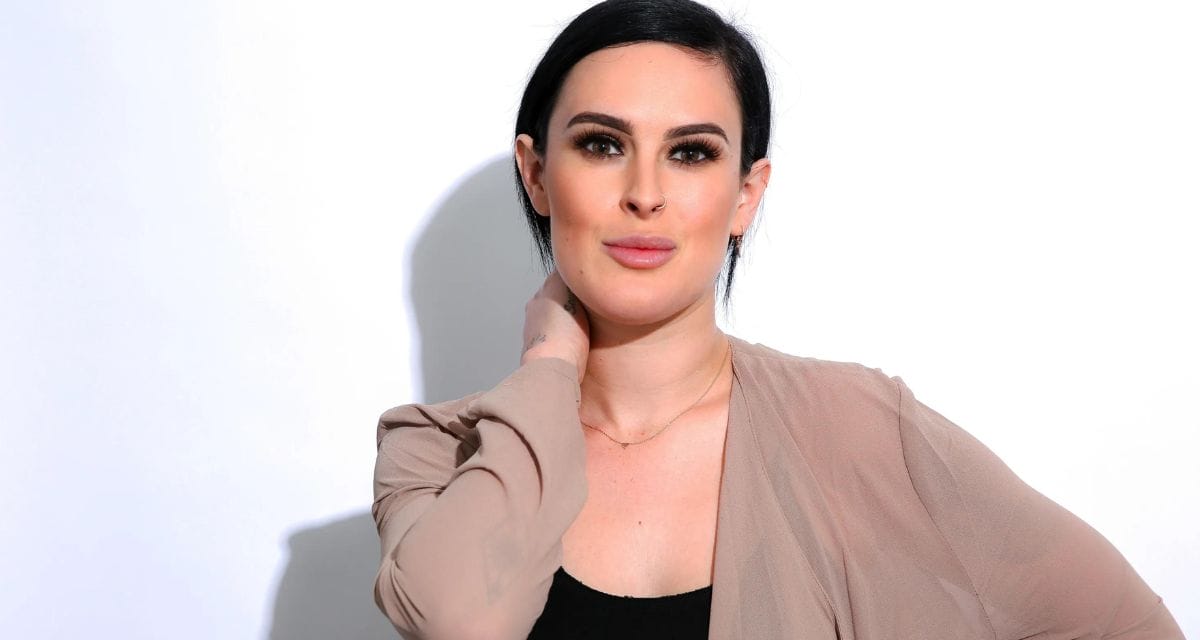 Actress Rumer Willis has finally made a bold move that reveals her relationship status, putting an end to rumors about her romantic status. In a series of Instagram photos, the 34-year-old actress made it abundantly clear that she was dating the renowned musician Derek Richard Thomas.

A couple of days ago, the actress uploaded to her Instagram account photographs depicting tender moments shared by the couple amidst the breathtaking autumn scenery. The photo was posted with no accompanying text but was accompanied by several smileys, including two hearts, a scorpion, and a ladybug, among others.

In one photograph, Rumer plants a peck on her boyfriend Derek’s cheek, and in another, the couple is smooching. In some of the photographs, their dog can also be seen posing alongside the celebrities.

With the addition of a breathtaking autumn backdrop, the couple appeared even more beautiful and ecstatic to be in each other’s company.

The relationship between Rumer and Derek was made public during her father’s fight with aphasia, renowned Hollywood actor Bruce Willis. 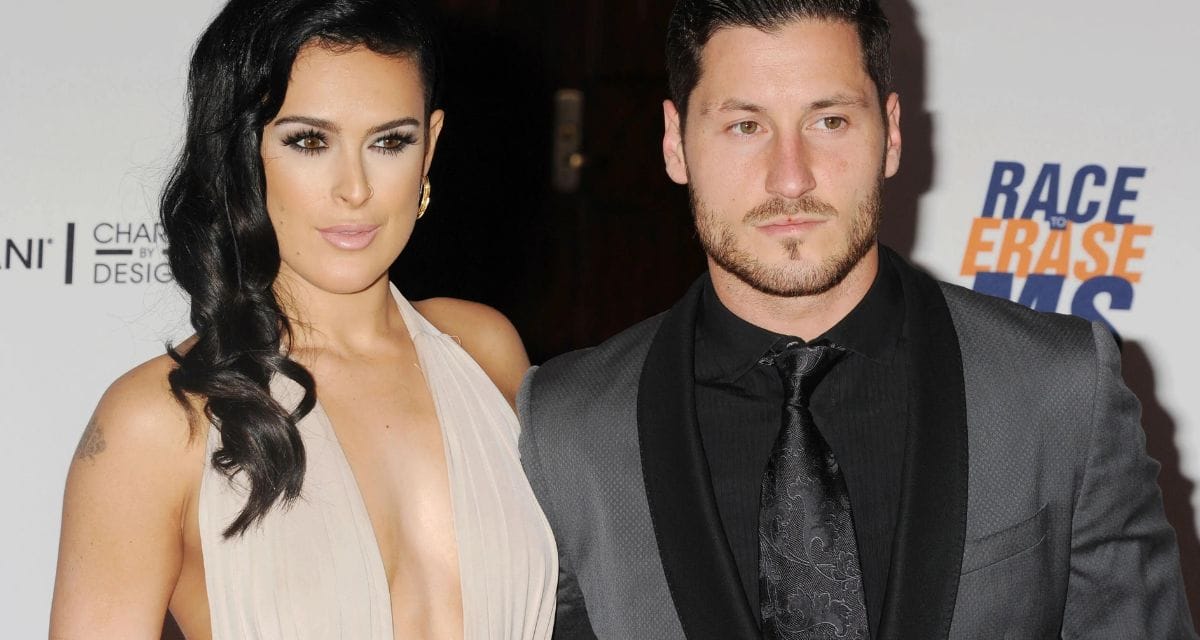 In August 2022, the musician was observed posting a birthday greeting for Rumer Willis in which he stated that in the short time they had been together, Rumer had brought him happiness and calm. He stated that everything was effortless with her and that she was such a magical person. He concluded the note by thanking her for entering his life and for their time together.

Earlier this year, Rumer hinted at their tight relationship when she mentioned Derek in one of her Instagram stories. She tweeted on May 27 that @derekrichardthomas and @thehailmaries are the most gifted singers and composers she has ever heard.

Even though the two celebrities have acknowledged each other and their close relationship several times on social media, nothing has been said about their relationship until now.

Who is Rumer Willis?

As the eldest daughter of A-list Hollywood actors Bruce Willis and Demi Moore, Rumer Willis has been in the public eye since her childhood.

She was born in Kentucky on August 16, 1988. Rumer Willis completed her official education at Wildwood Secondary School in Los Angeles, California, then later attended Interlochen Arts Academy in Michigan. Additionally, Rumer attended the University of Southern California for one semester before dropping out.

Following in the footsteps of her father and mother, Rumer Willis pursued an acting career and made her acting debut alongside her mother Demi Moore in the 1995 film “Now and Then.” Rumer appeared in three films alongside her father.

Wild Cherry, which was released in 2009, features one of Rumer Willis’s most notable performances. Willis has also appeared in numerous hit television programs, including ‘The Secret Life of an American Teenager’ and ‘Miss Guided,’ among others.

Prior to her relationship with the musician Derek, Remur Willis was rumored to have dated Armie Hammer, Jayson Blair, and Maeve Reilly.

Since her debut appearance in “Now and Then” at the age of six, Willis continued to act throughout her youth. She performed in “Striptease” in 1996, followed by “The Whole Nine Yards” opposite her father in 2000. She worked with her father again in the 2005 film “Hostage” and then began obtaining increasingly prominent roles, portraying Joanne in “The House Bunny” (2008) and winning the “Breakthrough Performance Female” award at the Young Hollywood Awards for “Wild Cherry” (2009). She also appeared in the horror film “Sorority Role” in the same year.

She was nominated for this role in the “Choice Movie Actress: Horror/Thriller” category of the Teen Choice Awards. The 2013 drama “The Odd Way Home” marked her debut starring role.

Willis also appeared in a large variety of television programs, including “Miss Guided, ‘CSI: New York,’ ‘Medium,’ ‘Workaholics,’ and ‘The Secret Life of the American Teenager’ are a few of his credits. She appeared in ten episodes of “90210” as a recurring character during the 2009-2010 season. She also played a recurring role in the popular teen drama “Pretty Little Liars.”

Willis chose to try her hand at reality television in 2015 after being invited to compete in the 20th season of “Dancing with the Stars” on ABC. Together with partner Valentin Chmerkovskiy, Willis dazzled the judges and the audience throughout the entire season and won the competition. The next summer, she embarked on a tour with the cast of the show, visiting forty cities in 2015. 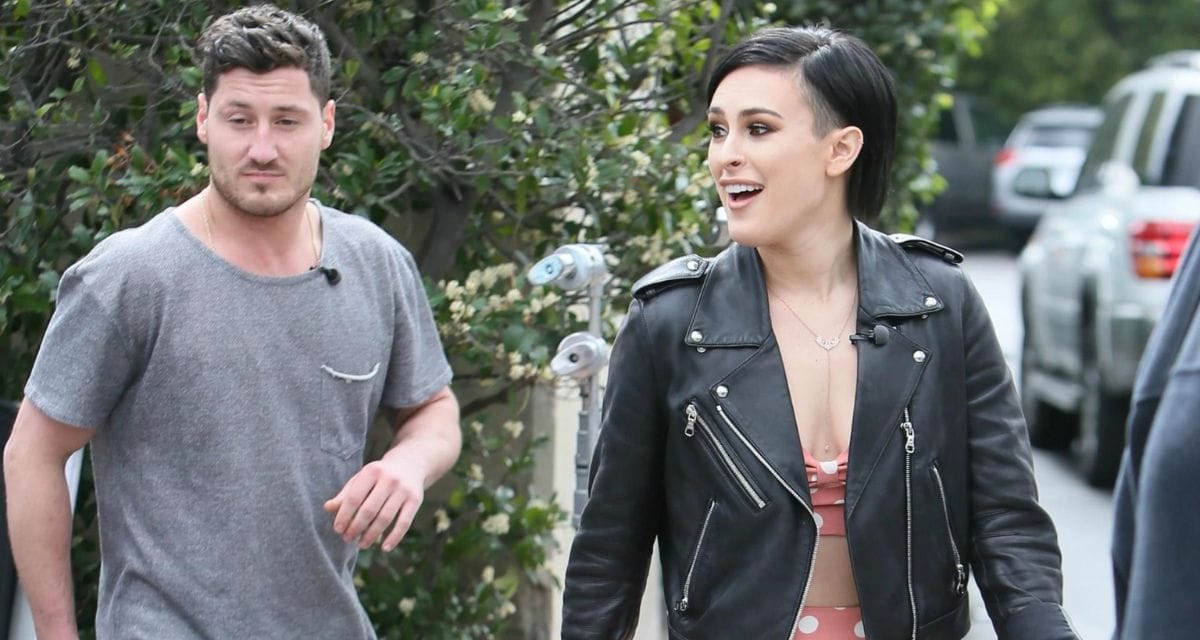 Willis got the role of Roxie in the Broadway production of “Chicago” as a result of her participation in “Dancing with the Stars.” Her dance expertise from the reality program was helpful in preparing for the part, as was her ability to perform in front of live audiences.

Willis appeared in the third season of the show in 2017 “Empire earned him a recurring role in the fourth season. She once again appeared on reality television, this time as a vocalist on “The Masked Singer,” where her singing abilities impressed the judges. In 2019, Willis was cast in “Once Upon a Time in Hollywood” by Quentin Tarantino, one of her most renowned films to date. She portrayed Sharon Tate’s close friend Joanna Pettet.

Who is Derek Richard Thomas?

Vista Kicks is a trio located in Roseville, California, with Trevor Sutton and Nolan Le Vine as Derek Thomas’s bandmates. As of 2022, the band has released four albums and one EP.

Derek is not only a singer but also a producer for the band The Hail Maries, which consists of the sisters Victoria and Makayla. On her birthday in August, the young musician hinted at his relationship with the actress by posting a description of his friendship with Rumer.

Why is Rumer Willis Famous?

The House Bunny (2008), Sorority Row (2009), and Once Upon a Time in Hollywood (2010) were her first significant leading roles. She has also appeared on Empire, Hawaii Five-O, and 90210, among others. Willis won the Mirrorball Trophy for the 20th season of Dancing with the Stars in 2015.

What is Rumer Willis’s net worth?

It is believed that Rumer Willis has a net worth of $4 million.

What is Rumer Willis’ age?

What height is Rumer Willis?

Where Can I Watch Episodes of the American Music Awards? Streaming Manual