While on a stroll in Los Angeles on Wednesday, Shawn Mendes further cemented his reputation as a breathtakingly attractive hottie. He brazenly removes his shirt, showing off his toned arms and chest while working out outside. He completed his appearance with black Nike socks, lace-up shoes, and basketball shorts.

Being one of the best Canadian singers, he has quickly advanced his career. Now, his most recent Instagram post has undeniably cemented his position as one of the hottest young vocalists in the business. Let’s linger over it longer.

Who is Shawn Mendes?

One of the most talented and captivating Canadian singers and songwriters, Shawn Peter Raul Mendes was born on August 8, 1998, in a small town outside of Pickering, Ontario. In the year after, 2013, he gained popularity by uploading song covers to the video-sharing website Vine.

He caught the attention of Island Records A&R Ziggy Charlton and artist manager Andrew Gertler after sharing several videos in this app. And the record label offered him a deal as a result of this encounter.

2014 saw the release of Shawn Mendes’ self-titled album, followed by an EP in 2015. In 2015, he released his debut studio album, Handwritten. Unexpectedly, this studio album’s debut reached the top of the US Billboard 200. His song’s unexpectedly warm reception made him one of only five musicians to ever make their number-one debut before turning eighteen.

Following that, Stitches, another song he recorded, reached its peak at number one in the UK and the top 10 in the US and Canada. Shawn Mendes has been very forthcoming about having a mental illness and made this information public. He acknowledged that he had an anxiety disorder and that he was receiving treatment for it. He also stated that he was working very hard to overcome it.

Shawn Mendes’ second studio album, Illuminate, debuted at number one in the US upon release, and by that point in his career, he had gained ardent adoration and acclaim from people all over the world.

Following the release of his second studio album, he issued the songs Treat You Better and There’s Nothing Holdin’ Me Back, both of which peaked in the top ten in a number of different nations. At the age of 14, Shawn Mendes discovered how to play the guitar by watching videos on YouTube. He was so passionate about music that even as a young child, he dreamed of reaching great heights in the music business.

Shawn Mendes has had a successful career and has won numerous prizes, including two American music awards, eight Juno Awards, eight iHeartRadio MMVA Awards, ten MTV Europe Music Awards, and thirteen SOCAN Awards. He has received one nomination for the Brit award and three nominations for the Grammy award. Shawn Mendes was listed as one of the top 100 influential persons in the world on Time’s annual list in 2018. 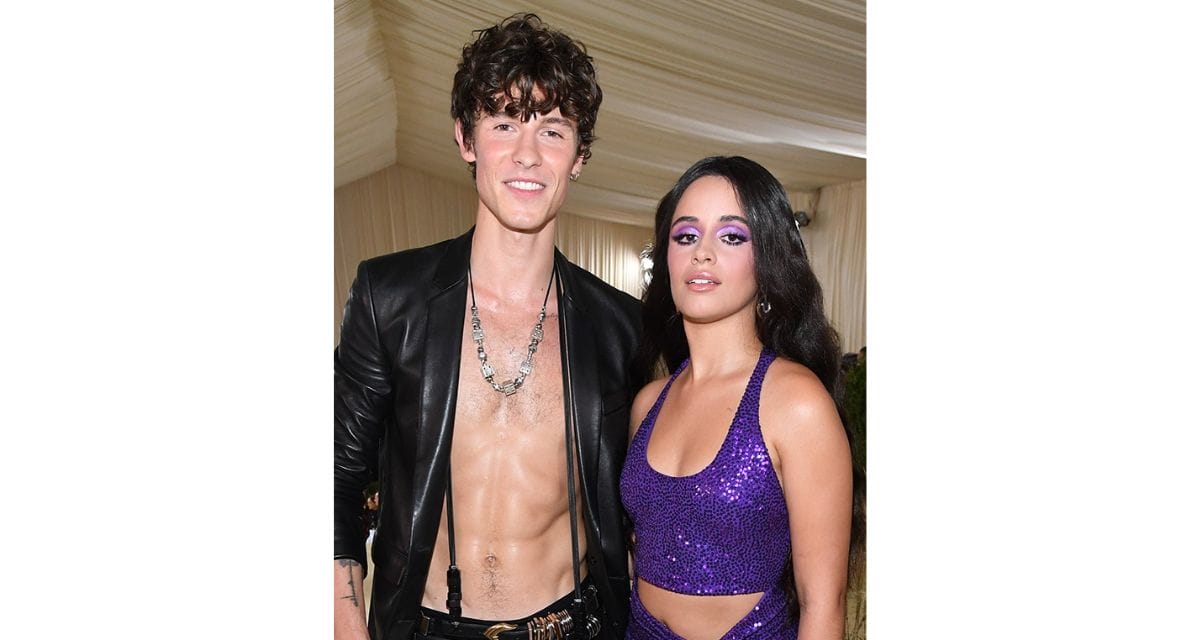 More than three months after their breakup, Cabello is talking more openly about her relationship. On March 4, the artist dropped a brand-new song called “Bam Bam,” with lyrics that strongly feature Mendes.

On the same day, Mendes claimed their breakup was the result of priorities changing in the new interview. During a visit to Apple Music 1’s New Music Daily, Cabello said to Zane Lowe, “My priorities have evolved and my emphasis has shifted over my life. “I don’t even feel like I wrote this album at the time we were dating, and even today, I guess, my main concern is how to be a well-rounded person. In addition, I wasn’t even concentrating on my career.

And the same thing happened during the years that we were together, she said. I was only concerned with one thing: How can I lead a happy life and be in a fulfilling relationship? I was frequently in counseling. Really, my attention has changed. And even now, while I’m promoting, what the hell is the point if I’m not having fun? Yes, I do believe that my priorities change as I get older.

And it seems to me that both of us felt that way at the time. We are actually learning how to be healthy adults because we both started so early. And sometimes it means putting something else before your career. And that’s all right.

How does she feel right now? She said, “I love Shawn,” according to E! News. “And I have the impression that there is nothing but love for him. And the main theme of this song is simply, “Okay, how do I make a song that shows the cycles of love and life and gives people…” Whatever is going on in your life, hopefully, this will make you realize that things are always going in crazy directions.

His captivating photo revealing his physique has been making the rounds on the internet and has everyone drooling. Amazing Canadian singer-songwriter Shawn Mendes was seen wandering through the grass after navigating the gravelly terrain alone.

Shawn Mendes has been fervently concentrating on both his physical and mental well-being. He was suddenly forced to cancel his 2022 Wonder: The World Tour, which left him in an impossible situation. As a result, he made the decision to devote more of his time to improving both his mental and physical health. His fourth studio album, which was released in 2020, was to be supported by a world tour, which was scheduled to begin in July. According to sources, Shawn Mendes was going to be the star of 87 performances that would take place across Europe and North America between June 2022 and the summer of 2023.

Shawn Mendes never expected to have high ambitions and then experience its negative side. He suffered a lot as a result of the abrupt cancellation of his world tour. He has therefore made the decision to focus more on health plans in order to avoid mental suffering. In response, he started exercising and made the conscious decision to maintain his physical and mental health.

It’s way too hot to handle the recent photo of Shawn Mendes flaunting his sweat-drenched body. His sweaty appearance and the fact that he is grinning after a real trekking adventure makes for an extremely captivating photo.

This past Friday, he posted a photo to his Instagram account showing him fervently participating in a hike at Runyan Canyon in Los Angeles. His shirtless appearance, which complemented his black shorts and showed off his arms and chest, made the image more intriguing.

The twenty-three-year-old star teased new music in a totally nuanced way in his post earlier this week, and his fans were fervently speculating that there is a new song on the way. Shawn Mendes’ most recent Instagram antics are different from his earlier posts. However, if we dig deeper into Shawn Mendes’ social media accounts, we find a twelve-second video clip that has been uploaded. In that video, we can see Shawn Mendes sitting in a car, listening and amusingly nodding to a new upbeat song while he is on a facetime call. Following this post, his followers swarmed to the comments area to express their joy and enthusiasm for his new experience.

Shawn Mendes released the teaser for his upcoming musical project before releasing his other shot, not long after releasing the It’ll Be Okay music video. and this album was published following his abrupt breakup with Cabello. 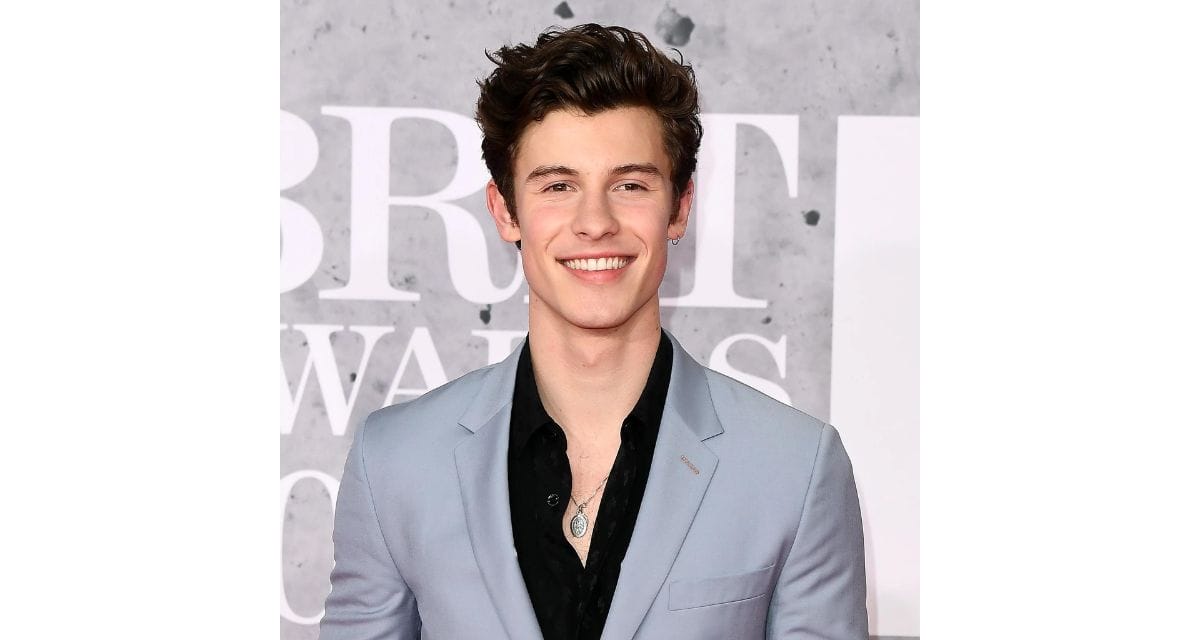 Shawn Mendes first came to prominence through the creation of brief music videos that he uploaded to Vine. After this initial triumph, he never looked back and in 2014, with the aid of his record producer, produced his debut single, “Life of the Part.”

He became the youngest artist to have a single in the Billboard Hot 100’s Top 25 with this song. Mendes collaborated with Austin Mahone, another budding young star, during this time.

They embarked on a national tour with Austin Mahone that was tremendously successful. Mendes’s celebrity increased when his new album, “Handwritten,” was published in the early months of 2015. The album soared to the top of the Billboard 200 chart and sold over 100,000 copies in its first week.

This song’s popularity grew over time, reached the top of the UK charts, and provided him the chance to increase his notoriety by serving as an opening act for other more well-known stars.

Mendes and Camila Cabello collaborated to release the song “I know what you did last summer” at the end of 2015.

Shawn Mendes, a young star who is growing quickly, has also been embroiled in a number of controversies. Shawn Mendes encouraged people to purchase his record, “Handwritten,” in-person rather than online in order to increase their chances of meeting him.

At Pine Ridge Secondary School, Shawn Mendes completed his early education. In his school, he began playing ice hockey and soccer. He eventually graduated from there in 2016. Mendes began acting in plays toward the end of his academic career.

With a $40 million net worth, Shawn Mendes is a Canadian singer, songwriter, and model. In 2013, he started to become well-known through the mobile video-sharing app Vine, where he posted music covers. Since then, he has developed into one of the most well-known and wealthy painters in the world. Shawn has released a number of albums, garnering praise from critics, international popularity, and many Grammy nominations.