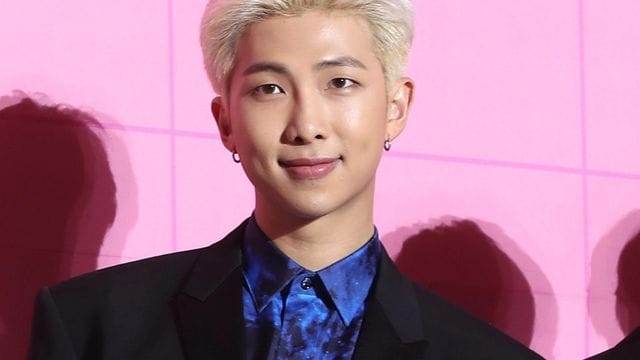 This K-pop group features seven members, but only one holds a leadership position. Does every K-pop group have a designated frontman? Who is the BTS leader? Here is everything we know about this boy band and its frontman, rapper, songwriter, and producer, RM.

BTS consists of seven members with distinct talents: Jin, J-Hope, RM, Suga, V, Jimin, and Jungkook. Collectively, they have become one of the world’s most popular boy bands, shattering records with their music videos and live performances.

However, one member of BTS has a leadership role in addition to his rapping and dancing duties. BTS is led by RM, also known by his true name Kim Namjoon.

Kim Namjoon, Also Known by His Stage Name Rm, is the Leader of BTS

Fans have several explanations for why RM is the leader of this group. The first is his English proficiency. From their time abroad, each member of BTS learned a little English, but Kim Namjoon was the first to become fluent. Obviously, this came in handy when conducting interviews abroad. During an appearance on The Ellen Show, the rapper revealed that he initially learned English through watching Friends.

RM demonstrated his English proficiency while representing BTS at the United Nations, where he explained the significance of their “Love Myself” campaign with UNICEF. In addition, the member presented an award at the Grammys last year while delivering a brief English speech. BTS and RM are distinguished from other K-pop groups by their participation in the creative process. RM, Suga, and other members of BTS frequently compose and produce the group’s music. According to Stylecaster, RM also ensures that the other members of the group are rested and prepared to perform. According to some fans, his high IQ may also play a factor in his job as leader of BTS.

Do Most K-pop Groups Have a Leader?

It is usual for K-pop groups to include members with varying responsibilities. Jin, the eldest member of BTS, is the primary visual. Jungkook, the group’s maknae, is the lead singer. RM is the leader of BTS and frequently serves as a translator. As the leader, it is often this K-pop idol’s role to make the other members feel welcome and heard.

Other K-pop performers, including girl groups and boy bands, typically have a leader. Kim Joonmyun, also known as Suho, is the leader of the EXO group. Jaebum leads the group Got7. There is no appointed leader in BLACKPINK. When asked why the group lacked a leader, Jisoo responded, “We spent many years together throughout training and are like friends, so we felt it would be best to go without a leader.”

BTS’s music, including Map of the Soul: Persona, is accessible on Spotify, Apple Music, and the majority of other streaming services.