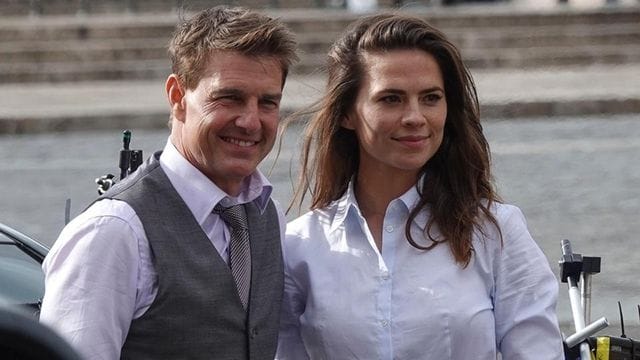 After confessing his love for Katie Holmes on The Oprah Winfrey Show in 2005, it appeared as though Tom Cruise had finally found “the one.” Tom’s public declarations of love for Katie made their 2012 divorce announcement after only six years of marriage all the more shocking.

Since Tom and Katie’s breakup, the media has been interested in Tom’s love life, particularly due to his penchant for grand romantic gestures. Although it is reasonable that the actor from Top Gun: Maverick would prefer to keep his personal life private, he has been linked to various women since his divorce.

Who does Tom Cruise date? Find out his current dating status by reading on.

According to a December 2020 chat between a source and The Sun tabloid, Tom Cruise and Hayley Atwell “hit it off from day one” when they worked together. Hayley is recognizable since she portrayed Peggy Carter in the Captain America films.

The couple dated until September 2021, when OK! Magazine confirmed their breakup after only one year. The publication also reported that as of January 2022, Tom has a new girlfriend. According to the Daily Mail, Tom and Hayley briefly reconciled in early 2022 before breaking up again in June. This suggests that the “new” woman may not have been so fresh after all.

An insider informed the Daily Mail, “Unfortunately, their efforts have been unsuccessful. Now, they have realized that they are best off as friends.” The story comes after Hayley openly supported her then-boyfriend by attending the London premiere of Top Gun: Maverick. The same source also notes that their connection was subjected to unwarranted public scrutiny.

“They get along incredibly well and have wonderful chemistry, which is why they decided earlier this year to secretly give their relationship another try,” the source revealed. “What was working behind closed doors did not fare so well when it became public, and the attention surrounding them as a pair surged once more.” 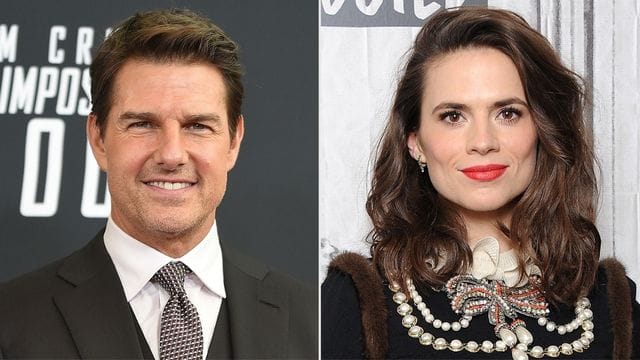 On Tiktok, a Deepfake of Tom Cruise and Socialite Paris Hilton Has Gone Viral

User @DeepTomCruise, whose TikTok profile only contains Tom Cruise DeepFake videos, recently uploaded a TikTok depicting the star getting ready for a night out with socialite Paris Hilton. Even though Paris was recently wed to Carter Reum, that didn’t stop fans from spreading false allegations that the Risky Business actress was dating the hotel heiress.

The video, which has already received over 10,000 likes, depicts (fake) Tom and Paris Hilton getting ready for a night out. In the video, Fake Tom warns Paris not to be late, to which Paris responds, “We should always run fashionably late… it’s your night.” Paris responds, “Do you think people will actually believe we’re a couple?” after Fake Tom exclaims, “We’re going to stun the world!”

If the purpose of the film is to attract media attention, it certainly succeeds! Previously, in February 2022, @deeptomcruise and Paris Hilton collaborated on a TikTok video about cereal in which Paris delivers her iconic catchphrase, “That’s hot.” Due to Paris’ marriage and the fact that @deeptomcruise is not truly Tom Cruise, it’s probably reasonable to assume that the two are not dating in real life.

Tom’s dating life appears to be exactly that: a mystery! In the interim, fans will have to enjoy his on-screen work until he exposes more facts about his private life.