Have you ever wondered what The Breakfast Club would be like as a murder mystery? This is the premise of One Of Us Is Lying, which has captivated audiences from the beginning.

Five high school kids are brought to detention, and one of them does not survive. Because the victim, Simon, was going to divulge their secrets in his infamous blog About That, the other four students each have a motive for murder. The Bayview Four become the leading suspects in a murder investigation shortly thereafter. After numerous turns, the truth is eventually exposed. Who then actually murdered Simon? Here’s everything you need to know, including how it sets up the possibility of a second season.

One of Us is Lying Ending: What Happened?

Due to his peanut allergy, Simon has anaphylactic shock at the beginning of the show. At that time, there is no teacher present in detention; the only witnesses are bad guy Nate, popular Addy, overachiever Bronwyn, and baseball star Cooper.

They summon paramedics, but the nurse’s office is devoid of any EpiPens. Simon ends up dead. The police inquiry finds that someone added peanut oil to his drink and stole all of the school’s EpiPens.

The Bayview Four, drawn together by police and the rest of the school’s mistrust, attempt to determine what occurred by surreptitiously cooperating. None of their secrets, however, are safe. 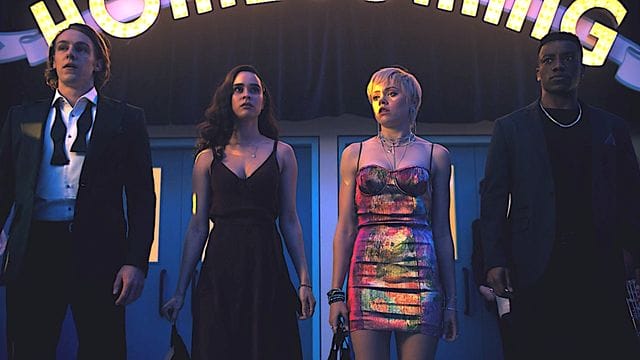 Someone else begins publishing on Simon’s blog, and everyone soon learns that Bronwyn stole a chemistry exam, Nate sold drugs to an intoxicated student who nearly died, and Addy cheated on Jake. The one thing that remains hidden is that Cooper is homosexual.

Addy determines that Simon’s best friend Janae is disclosing their secrets, and the Bayview Four face her jointly. Janae confesses that she desired vengeance since she believed they were responsible for Simon’s death. However, when she is shut out of About That, she realizes that another someone is involved.

A new anonymous user begins broadcasting their secret meetings, and the cops become increasingly suspicious of The Bayview Four as the situation continues to deteriorate. Addy’s EpiPen is planted in her locker by a person who is following them. They just manage to locate it before the police. But it’s too late for Nate: the police discover an arsenal of EpiPens in his bicycle before they can intervene. He is arrested for the murder of Simon.

Jake, Addy’s boyfriend, is shown to be behind everything. Jake wants vengeance after Simon informs him that Addy cheated on him with his best buddy TJ. He dares Simon to play a practical joke on the group by placing peanut oil in his own cup so that they appear to be killers.

Before Jake became a jock, he and Simon were good friends, played dare games together, and fantasized about defeating jocks and posers. Jake convinces Simon to carry out the prank to get revenge on everyone he despises, despite Simon’s initial reluctance.

Using their Xboxes, they plan everything together; Simon wants Jake to be nearby to see that the others use the EpiPen correctly. Simon indicates that he is recording their chats when Jake declines.

Jake becomes suspicious and removes all the EpiPens from the nurse’s office to ensure Simon’s death. He attempts to frame Addy by placing an EpiPen in her locker, but when that fails, he frames the obvious suspect, Nate. When Addy discovers Simon’s Xbox handle in Jake’s chat history, chaos ensues. She does not wish to believe he is guilty, but the others are growing increasingly convinced that Jake is the murderer. 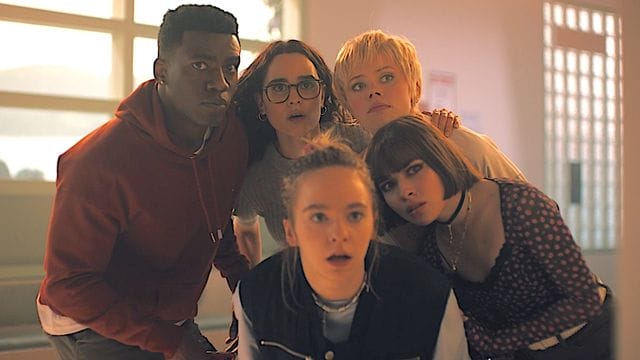 Bronwyn realizes that Jake was close enough to plant the extra phone in her bag, resulting in her incarceration and that he had the chance to trigger the phone alarm that resulted in Addy’s detention. Addy gradually learns to recognize Jake’s manipulation and influence over her.

At Jake’s Halloween party, they attempt to steal Simon’s Xbox, which Jake was permitted to take at Simon’s funeral. However, Jake discovers their actions and draws a gun on them. He first points it at Nate and Cooper before pursuing Addy as she flees with the Xbox. Cooper and Janae catch up to them and punch Jake in the head. Jake is fatally shot in the wilderness after a tumultuous struggle. Who ultimately pulled the trigger is unknown.