Youtube Shorts Will Soon Be Available on Smart Tvs: is This Really Necessary?

Short-form videos are currently popular, and platforms such as TikTok, Instagram, and YouTube are competing fiercely. Google is taking the next step by bringing YouTube Shorts to smart TVs, even though most of these short videos are already accessible on smartphones and the web. This may provide YouTube with an advantage over competitors TikTok and Instagram.

By bringing YouTube Shorts to smart televisions, Google will gain an advantage over TikTok and Instagram. Currently, TikTok has a smart TV application. Nonetheless, YouTube will have an advantage, as the app will be installed by default on most smart TVs, and YouTube shorts will be accessible with a few taps or through the virtual assistant. 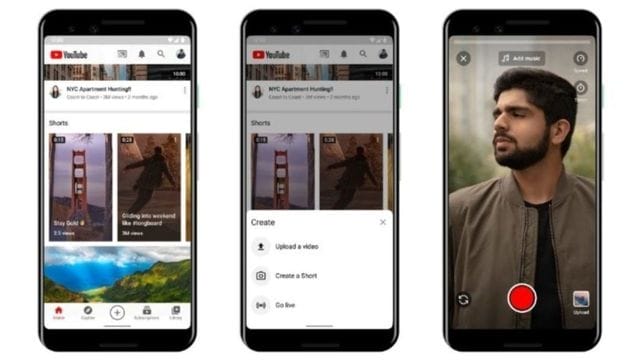 The report suggests that manufacturers such as Samsung and LG will optimize smart TVs for YouTube Shorts. However, this may still be in testing and could be released in upcoming updates. The report mentions the lack of a full-screen scrollbar, indicating that YouTube’s standard video player will not be used to play YouTube Shorts on smart TV.

Additionally, TikTok has been expanding its smart TV interface. Smart TV manufacturers such as Samsung and LG have also experimented with the TikTok app for television. The TikTok application is also available on Amazon Fire TV and Google TV. However, the TV app for TikTok has not been particularly popular. According to Google Play data, there have been fewer than five million downloads.

YouTube, on the other hand, is a default app on nearly all smart TVs. Additionally, TikTok is prohibited in India, driving users to Instagram Reels, Moj, and other Indian platforms. If YouTube Shorts becomes available on smart TVs, Indian users will prefer to watch short-form videos on their televisions.

Hotspot Application for Jio Phone How to Activate and Use Hotspot?

How to Install the Drunk Lyrics Game Application? Now Playing on iPhone